Although it was the first to be written, author Blish classed his A Case of Conscience as the third of a trilogy. It is the third in terms of chronological setting, although the three do not have a continuous plot, and the mid-21st-century A Case of Conscience could not, in fact, follow after the events described in the 20th-century Devil’s Day. The three books of the trilogy are joined by theme, rather than plot. They each enigmatically address the question of whether “secular knowledge” leads inevitably toward supernatural evil.

As a piece of thoughtful Golden Age science fiction, A Case of Conscience includes what now stands as an alternate history for the second half of the 20th century. Blish projected a “shelter economy” in which the threat of nuclear war drove all the wealthier countries literally underground, creating an economically committed but psycho-socially unsustainable troglodyte civilization composed of city-states under a UN aegis.

But the core dilemma of the book has to do with humanity’s first contact with an alien intelligence. FTL interstellar travel has been recently invented, and the exoplanet of Lithia has been found to harbor a race of intelligent bipedal reptiloids with utopian social and material harmony, and no god-notions at all. The principal characters of the novel are the four members of the first exploratory team to Lithia, to which is added the Lithian Egtverchi, brought back to Earth as an egg. More than half of the narrative centers on the Jesuit exo-biologist Ramon Ruiz-Sanchez.

There are two plot arcs in the book, with the first taking place on Lithia, and the second on Earth. The Lithian part–culminating in the joint decision of the exploratory team regarding future human relations with Lithia–was originally a stand-alone short story, and many reviewers seem to prefer it, and to be uncomfortable with the transition to the second arc. The second part is to Heinlein’s Stranger in a Strange Land as King Kong is to Tarzan.

The most artful feature of the novel is an ending that ties both plot arcs together, and justifies the supernaturalist dogmas of the Jesuit father without violating the materialist presuppositions of the other characters. Ultimately, though, no matter how sympathetically drawn Ruiz-Sanchez might be, I found his intricately stabilized doctrines to be unsound, and ludicrously based on an unwarranted privileging of humanity, to say nothing of their wrongheaded affirmation of what Jan Assman calls the Mosaic distinction, elevated this time to the far reaches of outer space. Sometimes you pray even when you think you don’t believe.

Karen Traviss, The Best of Us To view this content, you must be a member of Hermetic's Patreon at $0.01 or more

Today I am announcing the 2020 call for submissions for Magick, Music and Ritual 15, the next anthology album of tracks by artists inspired by or who incorporate ritual and magick in their work. These anthology albums help promote artists to the audience of the Hermetic Library and beyond. These albums raise awareness about the connection between ritual, music and magick. And, they are a mass of awesome fun.

Magick, Music and Ritual 15 will be the 2020 release from the Anthology Project. The deadline for submissions to the 2020 anthology album is September 30th, 2020. Be sure to stay tuned to the blog, social media, and the pages for the Hermetic Library anthology project for reminders and updates along the way. Deadline for submissions is September 30th, 20120. Release is planned around the anniversary of the Hermetic Library’s birth on Dec 3rd, 1996.

There are three new things to consider this year that are different than previous calls for submissions. First, this year I am asking for at least two tracks from each participant; one for the public issue Magick, Music and Ritual 15, and a second track for a private issue of This Is Not An Hermetic Library Anthology Album -2 for Patrons and Subscribers. Second, if I do not get enough participation this year, I will only release a private issue for Patrons and Subscribers with what submissions I do get. Third, if I am blessed with more submissions than necessary for a reasonable size anthology issue, I will be keeping the extra submissions for future releases, whereas previously I would use all suitable submissions, as many as possible, and not keep any in an ongoing reserve submissions pool for future issues. 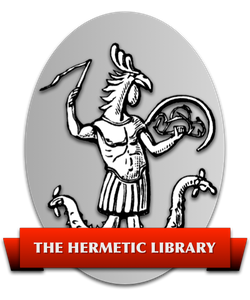 Archiving, Engaging and Encouraging the living Esoteric Tradition, Hermeticism in a broad sense, and Aleister Crowley’s Thelema for over 20 years