I thought I’d write down a few initial thoughts about why I started the Patreon campaign for the Hermetic Library and why I think having the support of Patrons is important, but the elevator pitch is this:

With your support and encouragement as a Patron of the Hermetic Library, I can continue the ongoing work and expansion of the site as well as develop new content and special projects. And, the more Patrons, the more fun for everyone. 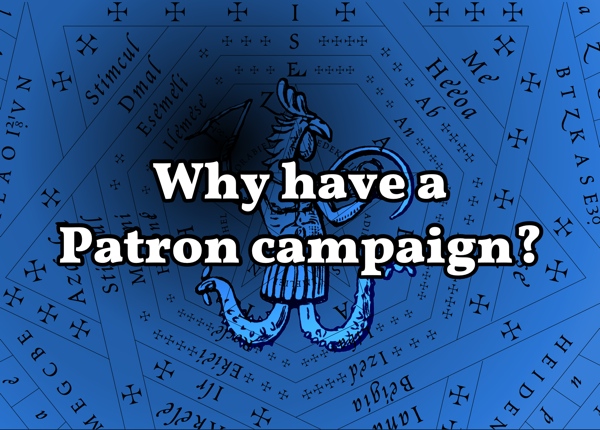 Since taking over the library, I have wanted to not only maintain the library but to also constantly improve the site and work to expand the ways the site fulfills my vision for why it exists. I spent some time thinking about what the site meant to me and what I thought was the overall mission for the site. With everything I have done with the site I have tried to have that vision in mind, a vision to be of service to the larger community but to stay focused on those activities which were sustainable and in service to that mission.

Currently, the library has been self-sustaining. Hosting costs for the site are generally met each month and so forth. While meeting the basic costs of the site is sufficient, with your help I’d love to be able to do more. Take a gander at some of the special projects that I’ve already talked about wanting to do, and imagine with me what else might be possible.

Some of the things I’ve already talked about are the special projects featured on the library site, such as The Serapeion Project: Occult ‘Zine, Journal and Ephemera Preservation, Hermetic Library Reading Room and Hermetic Library Anthology Project, to name a few.

But, I’ve got other ideas as well, which I’d like to explore. For example, what if I could pay authors and artists for participation in the Anthology Project? Instead of asking people to donate the use of their music, art, and writing; I could offer actual compensation for those creating new and original work such as arts and letters, essays and articles, interviews and reviews, for the site, or, in particular, to participants on future Hermetic Library Albums and finally realize the Hermetic Library Journal … or maybe even start creating videos for the as yet unused YouTube channel for the library? Other things that could be possible with help would be opportunities like paid internships to help with improving and expanding the site, additional posts to the blog about things of interest, and more! Those ideas are just a few to give you an idea of what I’m thinking, and would love to be able to do, for how being a Patron will help make more magick happen.

The first step, hopefully the first in a journey of a thousand miles in good company with many adventures, is to reach the initial goal to announce Magick, Music and Ritual 10 as the Hermetic Library Album from the Anthology Project for 2014!

Your interest and your support as a Patron of the Hermetic Library will determine what the library is able to accomplish. The first future goal that can happen only with your help is that I will announce Magick, Music and Ritual 10 as the Hermetic Library Album from the Anthology Project for 2014!

If you aren’t familiar with the project and all the artists who have participated, then check out all the previously released anthology albums. If you enjoy these anthology albums as much as I have consider participating when the next call for submissions is posted, and let people you know, who may be interested in these albums, know about the project.

When the campaign reaches its initial goal, I will announce Magick, Music and Ritual 10. Once that has been created and released, as a patron you will receive a gratis download code for the entire album, for yourself or to give as a gift to someone else. That’s in addition to the previous code, so, if this initial milestone is reached, you will get at least 2 whole digital albums of fantastic music this year!

If you appreciate the Hermetic Library site, or follow along with any of the blogs, tumblogs and social media related to the library, then please consider becoming an active Patron. Of course, there are a variety of ways you can help support and participate in the work of the library, but adding your voice as a Patron to this new campaign will be very much appreciated. Plus, this is your chance to help make Magick, Music and Ritual 10 happen in 2014! 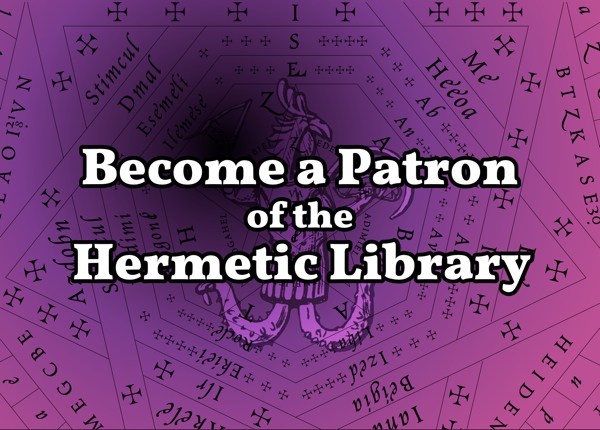