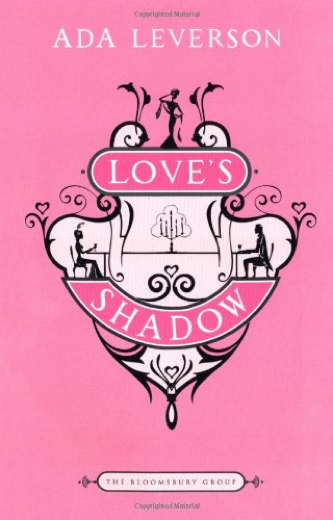 Many readers of Ada Leverson first approach her as a “friend of Oscar Wilde,” and so she is denoted on the back cover and the in the “note on the author” in this reissue of her early novel Love’s Shadow. My interest in her was instead initially fueled by knowing her to be the acrostic dedicatee of Liber Stellae Rubeae, and a sometime mistress of Aleister Crowley, who described her in print as “easily the daintiest and wittiest of our younger feminine writers.” (She was thirteen years his senior.) In fact, her relationship with Crowley was at or around the time she was writing Love’s Shadow, but there are no conspicuous Crowley characters in her novels. This book may translate some elements of Crowley’s relationship with Leverson into the love of young Cecil Reeve for the older Eugenia Raymond. Cecil is 34; Crowley was in his early thirties when he was involved with Leverson.

Although the book is in no sense a roman a clef, readers interested in the biographical penumbrae of the novel will want to know that Hyacinth Verney is doubtless based upon Leverson’s friend Kitty Savile-Clark (later Mrs Cyril Martineau), while Edith Ottley is almost certainly an attempt at retrospective self-portraiture. I shudder to think that Leverson actually endured twenty-one years of marriage to anyone like Bruce Ottley, but hopefully his character tremendously exaggerates the faults of Ernest Leverson.

The Bloomsbury Group 2009 edition of this 1908 novel is attractive and conveniently packaged–a small trade paperback that fit in my coat pocket. But it preserves a handful of errors from earlier editions. For example: “I don’t think you’ll look you’re best tonight.” (p. 33)

On its own literary merits, Love’s Shadow does have droll characterizations and clever dialogue; a fair amount of plot, and yet seemingly little story. The apparent weakness of the ending may be mitigated by the two volumes to follow in the “Little Ottleys” trilogy. Those who enjoy comedy of manners should find some value in it. [via]