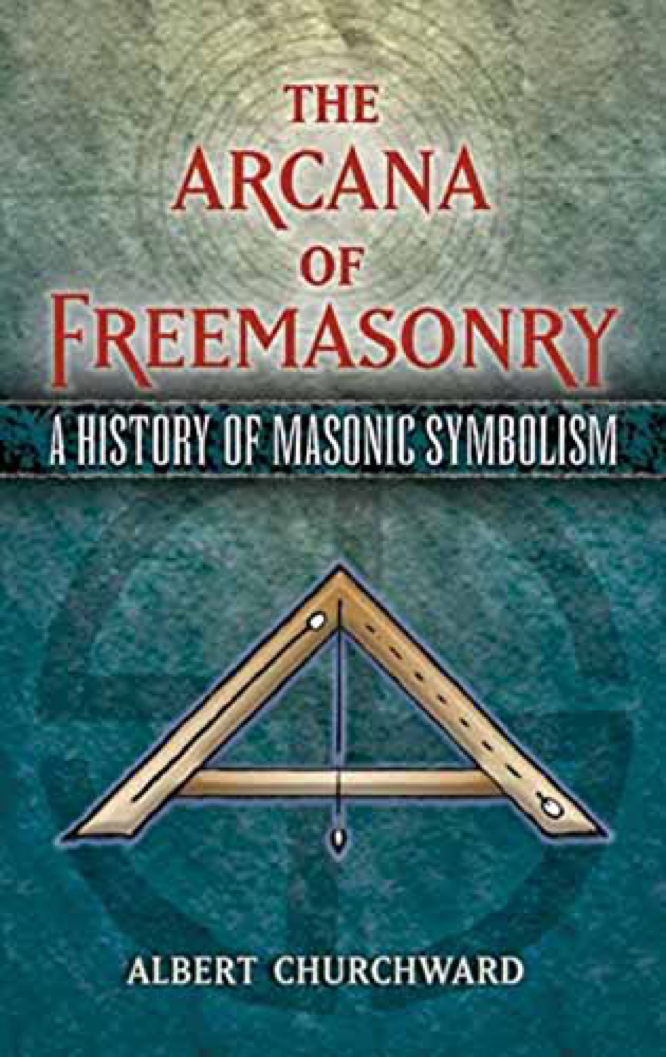 Albert Churchward was a medical doctor, geologist, and Freemason. He was a precocious advocate for the deep antiquity and African origins of humanity, and he devoted an enormous effort to an idiosyncratic comparative anthropology. He was a pan-Egyptianist, maintaining that religions all over the world were descended from the missionary efforts of primordial Egyptian priesthoods. Moreover, he considered Freemasonry to be the purest modern representative of the original Egyptian mythoi and cultus.

The Arcana of Freemasonry collects a dozen lectures and papers by Churchward, all composed in the first two decades of the 20th century. Although he supplies a relatively sober account of the modern history of Masonry in his first chapter, most of the book is devoted to illuminating “Masonic” symbols in pre-Columbian Mexican murals, ancient Babylonian religion, Hindu iconography, and so on. Especially typical (and jarring) is the frequent analysis of Aztec images using ancient Egyptian god-names and Masonic titles and functions.

Churchward rarely cites sources or authorities in this volume, clearly considering himself to be the foremost current authority on the matter of universal “Sign language” (sic). He does often instruct the reader to “(see Ritual),” by which he always means “the Ritual of Ancient Egypt, the so-called Book of the Dead” (10 n.).

The esoterically-minded diffusionist prehistory of Churchward is a little reminiscent of Theosophical Atlanteanism, but the great point of origin for Churchward’s “Stellar cult” is equatorial east Africa. Like Theosophists, he hopes to foster universal brotherhood on the basis of ancient rites, but he sees the institutional vehicle for this purpose to be Freemasonry: “the truest religion in the world, which has been brought on for countless ages by the Brotherhood, Pure and Unsullied” (253). And he mocks Blavatsky a bit (78, 82-3).

After the Stellar cult, focused on the seven stars of the polar precession, came the Lunar and Solar cults, each preserving and reinterpreting the prior symbolic strata. Churchward assigns a duration of some 600,000 years to this process. He considers all these stages to have been esoterically monotheistic, and the supreme triad of symbolic gods he constructs from Set (the south pole), Horus (the north pole) and Shu (the equinox), with Horus eventually “Primary” over Set. The dialectic of religious change he explains in terms of the decline and regeneration of empire, where decline is always rooted in two sequential factors: dissension among the priesthood, followed by socialism.

There is a fair amount of repetition of content among the lectures gathered here. Chapter XII is a clear exception, in which Churchward holds forth at considerable length and detail regarding the initiatory symbols and customs of contemporary “operative” Masons, and their relationship to the Stellar and Solar mythoi. The 2005 Red Wheel/Weiser edition adds an introduction by R.A. Gilbert and preserves the 25 “principal illustrations” (in black and white) as well as the 132 figures. But it is missing the “Final Chapter” which the table of contents indicates is to begin on page 319. My copy ends on page 318, with a single blank leaf following. Oops?