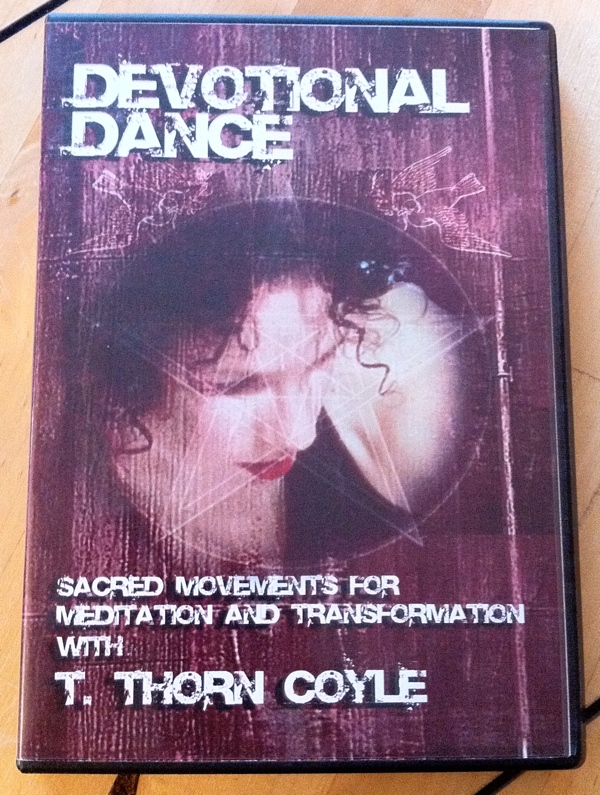 “Loa Crisis” was recorded in 1990, on a Tascam 424, 4 track cassette recorder at Unicursal Studios, San Francisco. This track is taken from the unreleased album Lead Into Gold.

“I’m very fond of Loa Crisis! That song manifested some real Magick during its recording. The track was written with all of the drum programming done first and the rest of the song being built around it. I had finished with all of the instrumentation and decided that it needed a vocal sample to flesh it out a little. Literally playing a tape recording of the narrative part that I wanted in the song, I clicked play and then the stop on a tape deck when each particular section had enough verbiage in it, fairly randomly actually, or so I thought. The song has a break in it where all of the instruments drop out, and right before that happens, the voice on the tape ‘randomly’ utters the line “Through the center post, the Poteau Mitan, the Gods enter.” All the hair on the back of my neck stood up when I realized that in that void, the Gods had just entered the song!” – A.K.

Dark Mother Dub is Aleph Kali. Aleph Kali is a Thelemite and an initiate of the Temple of Thelema, Ordo Templi Orientis and Aspirants to Light.

The full track list for this Spring 2012 anthology album consists of 10 tracks and 47 minutes of fantastic music:

This Spring 2012 issue from the Hermetic Library Anthology Project is being released in mid-June. There’s 10 tracks on this anthology album from a number of new and returning artists. This is a playlist that makes me want to dance, makes me want to laugh, makes me want more. It’s got an itch that wants to be scratched, and that’s what Spring is all about. This release starts out with a strong rock beat with a glitchy guitar riff then moves to a moody melody with attitude. From there, an impromptu rap collaboration that leads to a strong electronica beat. A distorted electronica beat accelerates into an extended set of different raw glitched audio energy from several artists. The penultimate track is a fantastically awkward, lyrical and poetic piece that pretty much is exactly everything about how Spring feels to me, and then ultimately full circle to a final catchy and glitchy guitar riff that I think strongly and authoritatively announces an abrupt crossing of the sun into the coming Summer.

There’s a lot of itchy glitchy sounds to this playlist that seem to me just perfect for the feeling of the warm spring sun. You also know this feeling of everything stretching Winter-sore muscles and just aching to start running or climbing through the sudden sunshine. The cover image for this anthology builds on the sequential narrative, the progression from the previous anthology visuals and is meant to evoke the same Spring-like tension developing, an explosive potential just barely managing to hold itself in.