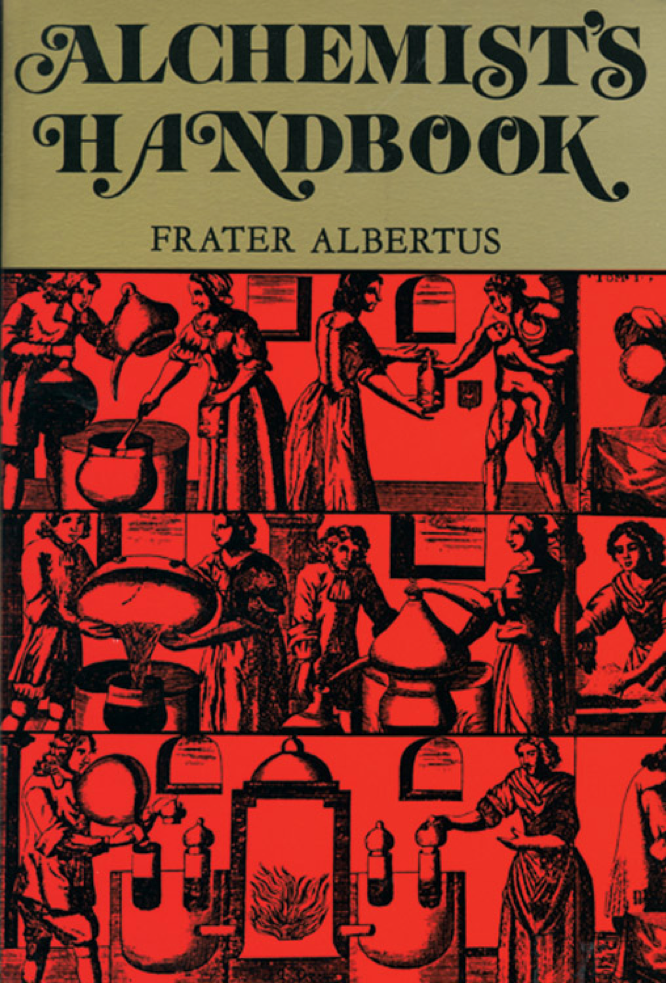 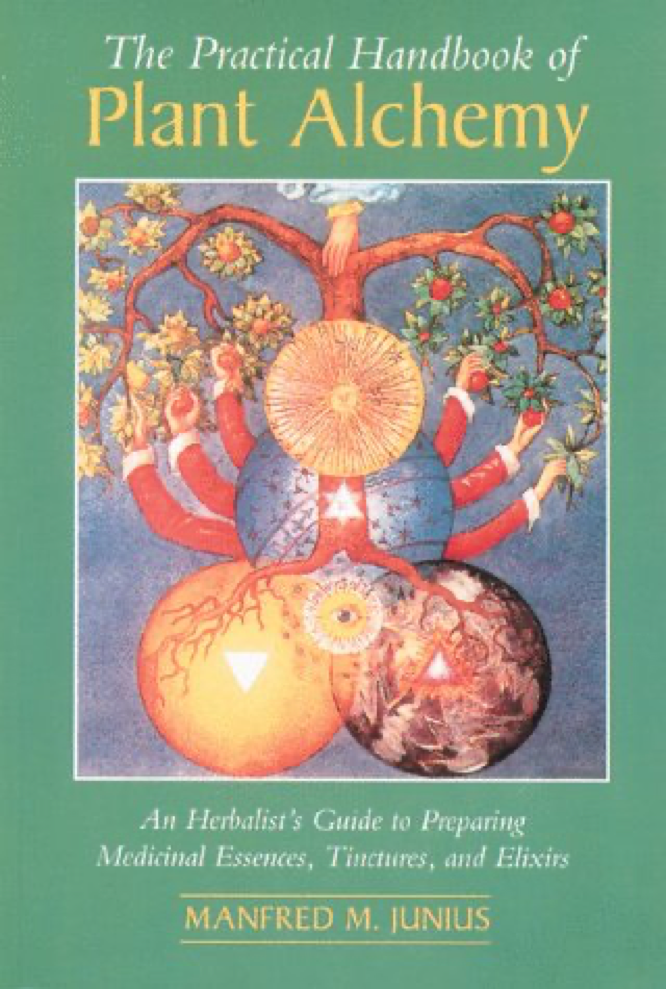 For those interested in performing practical or laboratory alchemy there are two books written in the modern era that are indispensable. These two were written in the twentieth century by practicing alchemists. Both authors give good instruction as to what a budding alchemist will need for a modern alchemical workshop, and they even discuss some of the most basic techniques in spagyric (spa-geer-ic) or plant alchemy, which is traditionally the first type of alchemy that is worked with by an alchemist.

The first book that we are going to look at is, The Alchemist’s Handbook by Frater Albertus (Albert Reidel), a major contribution to alchemy in modern times. The author covers the basic principals of alchemy, gives directions for setting up a home alchemical laboratory with illustrations of the basic equipment, and also gives step-by-step instructions for working within the plant kingdom. The chapters of the book are as follows:

The Forward to the book was written by the noted Golden Dawn magician Israel Regardie, in which he describes this book on alchemy as “… unique and a genuine masterpiece.” After this Forward there are two Prefaces that give the reader an idea as to how to best use the book and the material in it.

Chapter One is an introduction to alchemy. Frater Albertus describes alchemy in the most basic of terms so that anyone picking up this book will have a working idea as to just what alchemy is. He compares alchemy and modern chemistry, and discusses the prevalent attitudes towards alchemy in the modern day. The real meat of the book though comes in Chapters Two through Five, in which Frater Albertus describes how to set up an alchemical laboratory, the processes to gather the herbs to be used and to begin working with them alchemically. Also, he discusses the medicinal uses of the elixirs or tinctures that can be made using the herbs and processes discussed in the previous chapter. Then Frater Albertus discusses the planetary relationship that many herbs have and how to use this relationship in making elixirs and tinctures. Frater Albertus gives us a chapter on the various sigils and symbols used in alchemy along with their meanings. This section of the book is highly illustrated with these sigils and ciphers.

The rest of the book contains a basic description of the next phase of alchemy, metals, from a Rosicrucian document written in 1777. After this chapter, Frater Albertus gives his conclusions on how to continue the work. Finally, there is an appendix and a manifesto that help promote the use of alchemy in modern times.

The Alchemist’s Handbook should be on any alchemist’s shelf whether you practice spiritual alchemy or practical alchemy. The style of the heart of the book is like a textbook on chemistry in some regards, which is what Frater Albertus was aiming for as a means to demystify the art of alchemy. He brings the ancient art into the modern world by linking the old art of alchemy with the more modern practices of chemistry.

The second book that we will discuss is Manfred M. Junius’, The Practical Handbook of Plant Alchemy. Manfred M. Junius is a former biology professor who also served as the production manager of spagyrics for Australerba Laboratories and was head of the Australian School of Ayurveda in Adelaide. His training and knowledge of western alchemy came from many years of personal instruction from the Swiss alchemist Augusto Pincaldi.

The book is similar to Albertus’ The Alchemist’s Handbook, but has a bit more detail in the operations dealing with the plant kingdom and the making of plant elixirs. Junius gives a fairly good overview of what spagyrics are and how to obtain them in a step-by-step manner. The chapters are as follows:

Just to hit on the overall highlights of the book, the author gets to the real meat of the subject in chapters four through eight, in which he discusses in detail the making of a tincture from a plant using the various techniques available to the alchemist. These are covered in some detail in chapter five. In some cases, the details can be a bit overwhelming and having a practical class or two in general chemistry really helps to understand what Junius is discussing with these techniques.

Chapter six, The Stars, presents the idea that the alchemist should also be something of an astrologer too. Junius shows that astrology and alchemy are closely linked using archetypical forces of the universe. He discusses how the various astrological effects of Sol and Luna have on living organisms, and how in plant alchemy the effects of these two heavenly bodies, along with the other ancient planets has an affect on the alchemical operation. Junius gives a break down of each of the planets and the plants associated with them from an alchemical medicinal view. Further in the chapter, he discusses the use of the planetary hours to begin the alchemical operation and even the casting of astrological horoscope for the outcome of the operation.

In chapter ten, he looks at a classic work of alchemy, The Circulatum Minus Urbigerus, which was originally printed in 1690. The various aphorisms of the original are used to illustrate the practical laboratory technique that Junius later explains following these aphorisms. This chapter illustrates the ability of Junius to thoroughly discuss the material so that a person wanting to follow an older text would be able to.

Finally, in the epilogue, Junius approaches alchemical tinctures and elixirs pretty much as Paracelsus did over 450 years ago. Diagnose the illness, and treat it with the suitable tincture or elixir after creating it. He also cautions that this sort of work in the healing area should be undertaken only with great care, but that it could be done with the aid of those around the alchemist.

This book is full of various drawings and illustrations of alchemical as well as chemistry equipment showing not only what it looks like, but also some of the basic techniques used to create these tinctures and elixirs. There are also many older illustrations from older alchemical works showing the various phases and ideals of the work, not to mention Junius has included a rather in depth list of signs and symbols used in alchemy in one chapter that would be useful for the practicing alchemist. Even though there are some complex descriptions and techniques in Junius’ book, it should be on the bookshelf of any practicing alchemist, or more likely, like Albertus’ The Alchemist’s Handbook, will be open as a reference for the practicing alchemist.