A shock wave of horror shuddered through Memorial Hall as people realized how many of their neighbors and friends, in the safety of anonymity, had been seduced by sensationalism and gut feelings. There was cheering and there was anger, there were those who cried and those who screamed for a rebellion, but most were satisfied that justice had been done. 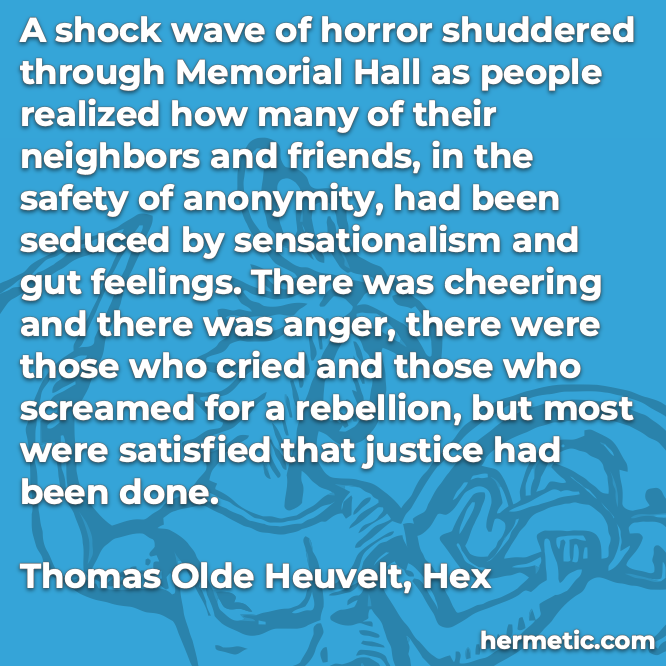 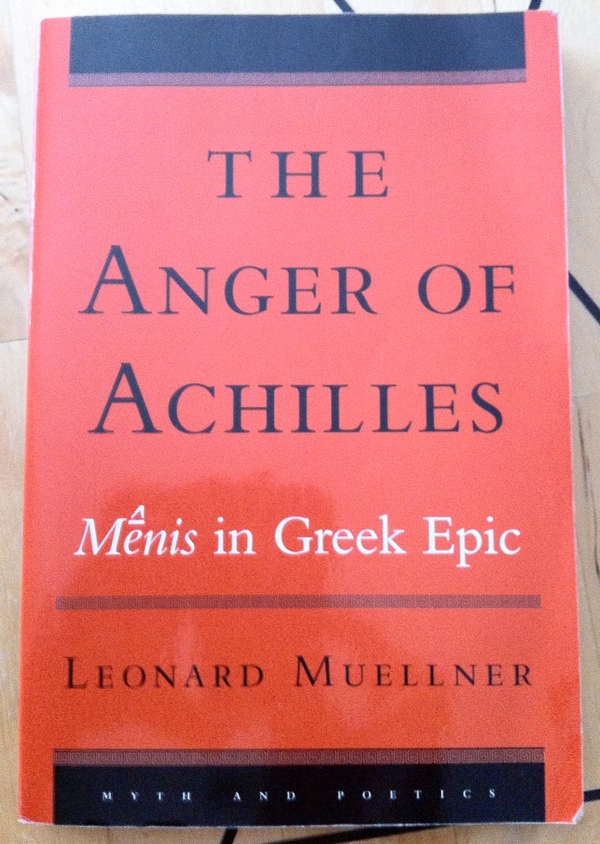 Werner Herzog on the jungle

Werner Herzog talks about the jungle. From Burden of Dreams, about the making of Fitzcarraldo. [HT Erik Davis]

“Nature here is violent, base. I wouldn’t see anything erotical here. I would see fornication and asphyxiation and choking and fighting for survival and growing and, just, rotting away. Of course there is a lot of misery, but it is the same misery that is all around us. The trees here are in misery. The birds are in misery. I don’t think they sing. They just screech in pain.

It’s a unfinished country. It is prehistorical. The only thing that is lacking is the dinosaur, yeah. It is like a curse laying on the entire landscape. And whoever goes too deep into this, has his share of that curse. So, we are cursed with what we are doing here. It’s a land that God, if he exists, has created in anger. It’s the only land where creation is unfinished yet. Taking a close look at what’s around us, there is some sort of a harmony. It is the harmony of overwhelming and collective murder. And we, in comparison to the articulate vileness and baseness and obscenity of all this jungle, we in comparison to that enormous articulation, we only sound and look like badly pronounced and half-finished sentences out of a stupid suburban novel, a cheap novel. And we have to become humble in front of this overwhelming misery and overwhelming fornication and overwhelming growth and overwhelming lack of order. Even the stars, the stars appear in the sky, look like a mess. There is no harmony in the universe. We have to get acquainted to this idea that there is no real harmony as we have conceived it. But, when I say this, I say this all full of admiration for the jungle. It is not that I hate it. I love it. I love it very much. But, I love it against my better judgement.”

“Compensation is the embracing of views, ideals, or activities opposite of those sought and experienced in the transpersonal and spiritual realms. Love results in anger, lofty experiences in base living, or similar forms of embracing the opposite of what we seek. (Netzach/Venus)” [via]

The Reaper in The Gate of the Sanctuary from The Temple of the Holy Ghost (Collected Works, Vol I) by Aleister Crowley.

“The blue skies focus, as a burning bowl,
The restless passion of the universe
Into our mutual anger and distress,
To be forbidden (the Creator’s curse)
To comprehend the other’s loveliness.
We cannot grasp the ecstasy of this;
Only we strain and struggle and renew
The utter bliss of the unending kiss,
The mutual pang that shudders through and through,
Repeated and repeated, as the light
Can build a partial palace of the day” [via]

“Yea, king and queen of Sheol, terrible
Above all fiends and furies, hating more
The high Jehovah, loving Baal Peor,
Our father and our lover and our god!
Yea, though he lift his adamantine rod
And pierce us through, how shall his anger tame
Fire that glows fiercer for the brand of shame
Thrust in it; so, we who are all of fire,
One dull red flare of devilish desire,
The God of Israel shall not quench with tears,
Nor blood of martyrs drawn from myriad spheres,
Nor watery blood of Christ; that blood shall boil
With all the fury of our hellish toil;
His veins shall dry with heat; his bones shall bleach
Cold and detested, picked of dogs, on each
Dry separate dunghill of burnt Golgotha.” [via]

“These three primary commands, to seek a determinate outline, to avoid a generalized treatment, and to desire always abundance and exuberance, were insisted upon with vehement anger, and their opponents called again and again ‘demons’ and ‘villains,’ ‘hired’ by the wealthy and the idle” [via]

“But in this Matter be prudent and be silent, discerning subtly and with acumen the nature of the Will within thee; so that thou mistake not Fear for Chastity, or Anger for Courage.” [via]