then it hit him, a sensation that would have been familiar to any aspirant ever graduated from the High University. The inherent magic of all undergraduates— the magic of the last minute. The power to embrace any solution, no matter how insane or desperate.

Scott Lynch, In the Stacks [Amazon] 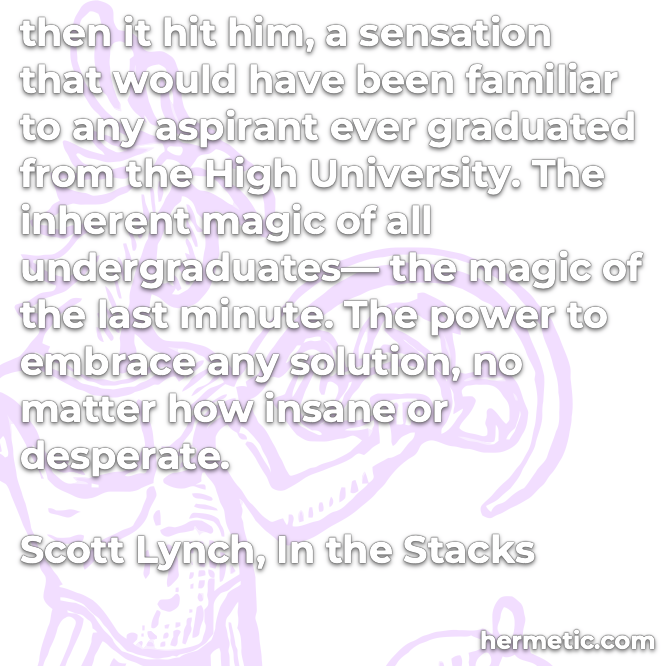 “In all the schools of the Mysteries, as well as in all the great religions of the world, the attainment of the spiritual goal just described is enacted or taught under the veil of a tragic episode analogous to that of our third degree; and in each there is a Master whose death the aspirant is instructed he must imitate in his own person.” [via]