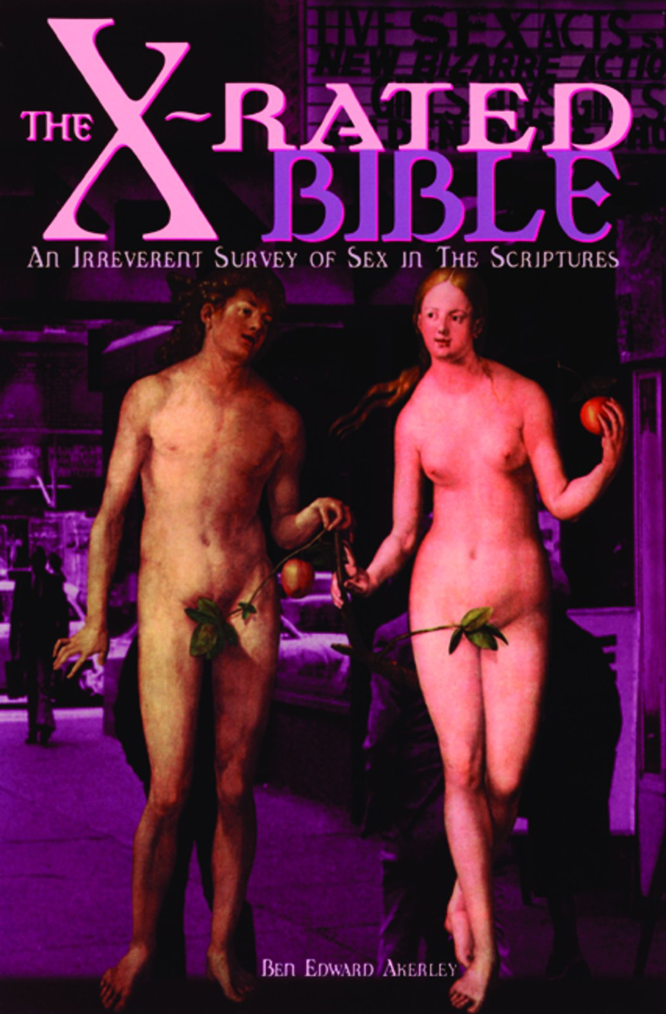 I was a little disappointed by this book, even though it delivers exactly what its subtitle promises: “An Irreverent Survey of Sex in the Scriptures.” Akerley is a confirmed atheist with a Protestant upbringing, whose gay identity compounds his antagonism for the mores that Christians claim to base on their Bible. Throughout The X-Rated Bible, his goal seems to be simply to mock the Bible, by demonstrating its incoherence and evident immorality. The fact that he neglects some of the most obvious questions about his chosen passages makes him look like a weak polemicist, rather than an iconoclastic researcher. For example, he offers a really impressive concatenation of texts mentioning those “that piss against the wall,” (165-167) but only as examples of the “scatological tradition” in the Bible. He never explores who such pissers might have been, or why they would be called out in so many passages. Implicitly, he makes a case that there’s something inherently wrong with mentioning piss or dung, which seems to be at odds with his own professed stance against the “unspeakably barbaric and draconian Hebrew moral code.” (223)

This second edition of The X-Rated Bible provides sixty chapters of Bible badness, divided into seventeen broad topics. Akerley’s usual style is to provide glosses on the Bible text, and follow it up with the direct quotation from scripture. With very few exceptions, he quotes the King James Version (KJV) of the Bible. Other than discussing the likelihood that James I of England was gay (xxii), he provides no background on the context of the KJV translation, the motives in its production, its difference from other versions, or the locus that it occupies in English literature.

I was especially eager to read Part VIII (“Prostitution and Phallic Worship”), but was fairly nonplussed by it. Akerley addresses no texts that were not already familiar to me in this context. He also accepts the typical Christian assumption that the Jahwist cult was only and always in opposition to phallic worship, instead of having its own phallicist root. He doesn’t even mention the indigenous Hebrew goddess Asherah.

This tendency to take the most conventional Christian reading as a strawman for the meaning of a Bible passage is evident throughout The X-Rated Bible. Going even further, Akerley repeatedly gloats over the contradiction between the alleged omnipotence and omnibenevolence of God, a conundrum that is actually extrinsic to the Bible, having developed in the medieval philosophies of monotheism. (There are certainly foreshadowings of it in the book of Job, but Akerley doesn’t go there, because a full discussion of theodicy would distract from his central topic!) The result of this capitulation to Christian premises is a book that does a somewhat better job of lambasting Christianity than it does of exploring the Bible. Still, as a “survey” it’s not bad, and it does provide a convenient digest of Bible passages that will repay study far beyond the discussion that Akerley affords them.