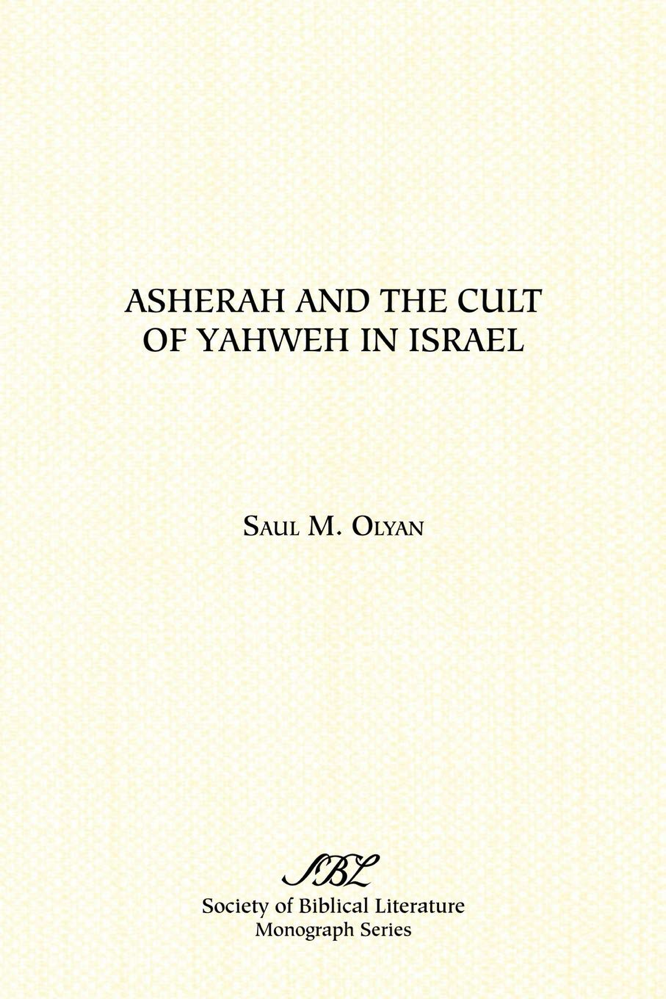 This scholarly monograph from 1987 is a fairly immediate precursor to the other books I have read on the goddess Asherah, and it appears consistently in their bibliographies. Despite being shorter than more recent works, its scope is still considerable, covering evidence from the Hebrew Bible, archaeological finds, and non-Hebrew Canaanite religious texts. The first chapter, focused on Hebrew scripture, is the most accessible part of the book, as later sections really dig into paleographic and philological details in ways likely to be forbidding for a casual reader.

There were still some items and ideas new and useful to me here. Evidently, the Hellenistic syntheses pendant from the Phoenician-Punic literature identify Asherah with both Rhea as ur-mother and Dione as Lady of the Sea, both consorts of Kronos i.e. El (50-51). These data are from Sanchuniathon (preserved in Eusebius), an intriguing source on many counts, and one I had not inquired into prior to these considerations.

I found Olyan’s sidebars regarding human sacrifice in ancient Hebrew religion (11-3, 65-8) to be very interesting, and I notice that he has recently published a work on Violent Rituals of the Hebrew Bible, which I may pursue.

In his short “Conclusion,” Olyan proposes the connection between Asherah and Nehushtan (a suggestion later explored more extensively in Wilson’s Serpent Symbol in the Ancient Near East). I was surprised and gratified by his remark there that “hawwa (Eve) is an attested epithet of Tannit/Asherah in the first millennium BCE” (71)!

Since I have read several other, longer books drawing on Olyan’s work here, I was mostly expecting this one to refresh my awareness of some of the arguments around the role of Asherah in ancient Hebrew religion, so I am pleased that it gave me further material and details to consider. But I would still recommend that readers start their investigation of this topic with Dever’s Did God Have a Wife?. I am generally sympathetic to the positions taken by Olyan in this study, and I think that the subsequent decades have justified his optimism regarding scholars coming to credit the presence of Asherah in both popular and official religion among the ancient Hebrews.