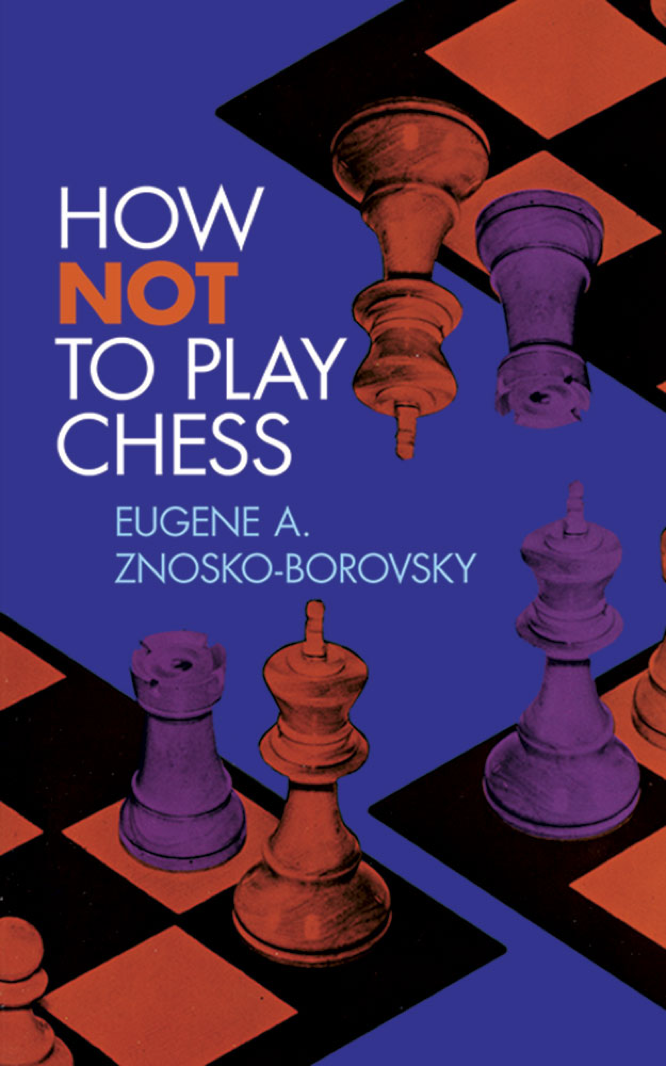 How Not to Play Chess is an elegant and engaging little treatise on its topic for experienced yet inexpert players like myself. The bulk of the book is organized into little two-to-four-page discussions of tactical principles. In each case, the idea is summed up with a maxim in the negative, e.g. Do not lose time. The examples are discussed with an eye to how the application of these principles to a given position can produce what Znosko-Borovsky calls “chess ideas,” motive concepts to organize one’s play within a given game. The text includes examples from a number of games, but nearly half of the discussion centers around a single game that serves to illustrate a wide range of the issues treated.

Editor Fred Reinfeld has also appended a “Test Yourself Quiz” of twenty positions with useful diagnostic questions, so that the reader can reflect and answer before turning to Reinfeld’s discussions of them. The “correct” answers are as much about the reasoning involved as they are about the particular move(s) chosen, so the quiz would not lend itself to quick and definitive scoring. But it does provide a nice chaser to Znosko-Borovsky’s text, offering the reader an opportunity to apply some of what has been presented.