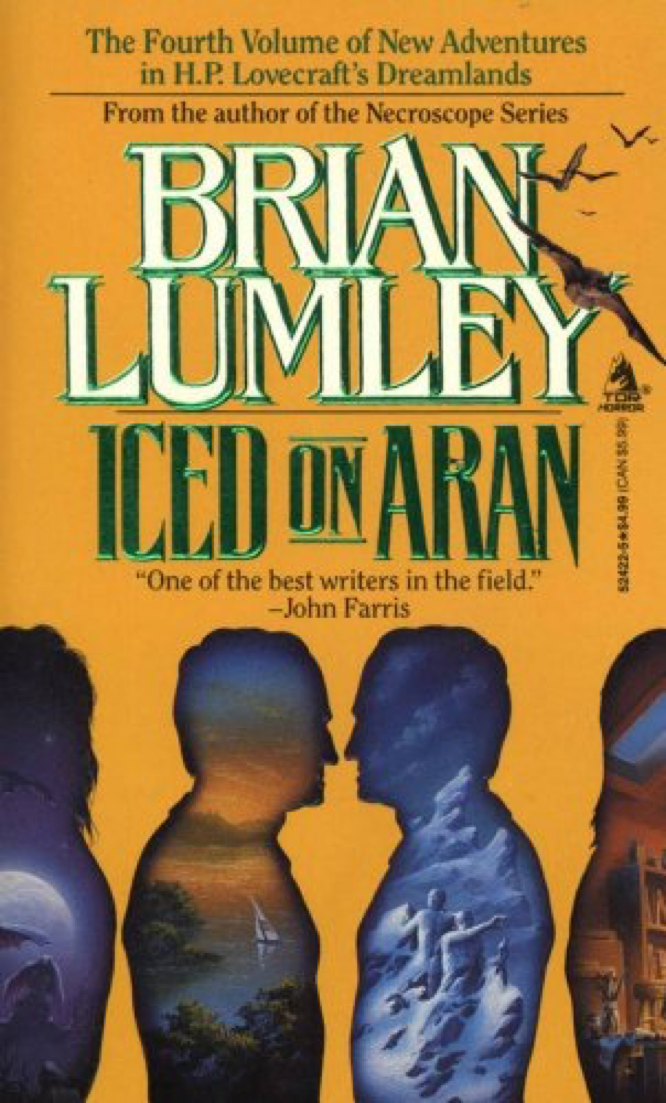 This fourth volume of David Hero and Eldin the Wanderer is made up of five disparate stories, rather than a single novel.

The title story “Iced on Aran” is the first in the book. It’s not very long or very exciting, and has little connection with the later stories of the sequence. It is not a “quest” tale per se; it simply recounts a narrow scrape resulting from bored one-upsmanship between the heroes.

The second tale “Augeren” is perhaps my favorite of all of the Lumley Dreamlands tales. It really gets dreamlike, after the manner of Alice in Wonderland or even Cabell’s The Nightmare Has Triplets, with ample wordplay and preposterous plotting. I especially liked the exposition of soul-shuddering horror inspired by circumstances that–to waking reason–are really just absurd.

The penultimate story “A-Mazed in Oriab” is a long novelette, and it is flanked by two very short stories that are closely tied to it, to the point where they almost serve as prologue and epilogue. These all center on doings around the island of Oriab, with key plot purposes served by the “seer with invisible eyes” (a.k.a. s.w.i.e.). As a set, these three stories are comparable to the earlier Lumley Dreamlands books, although not quite as long. The dream-sensibility of “Augeren” persists in them, although not as conspicuously. 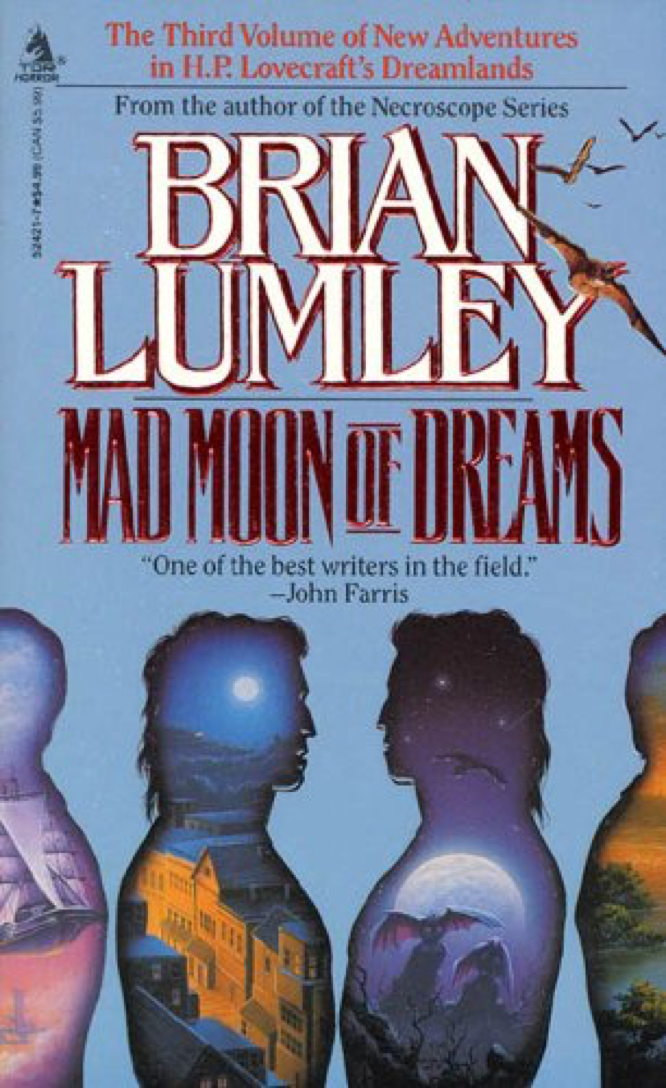 The third of Lumley’s dreamlands novels has something of the flavor of superhero team-up to it. In particular, it seems that all of the villains of the dreamlands have formed a Legion of Doom in order to be avenged on its heroes. These books are not big on “character development” anyway (as neither are actual dreams), but this one does even less than its predecessors. As superhero comics eventually became notorious for doing, this novel “kills” its protagonists in a non-final sort of way. I was relieved that a threatened cross-over with Lumley’s Titus Crow stories did not manifest!

The division of the book into three 10-chapter parts was pretty artificial, and the plot does not reach any sort of plateau in between them. Moreover, the “epilogue” is really the thirty-first chapter, without which it would have been a very different book. 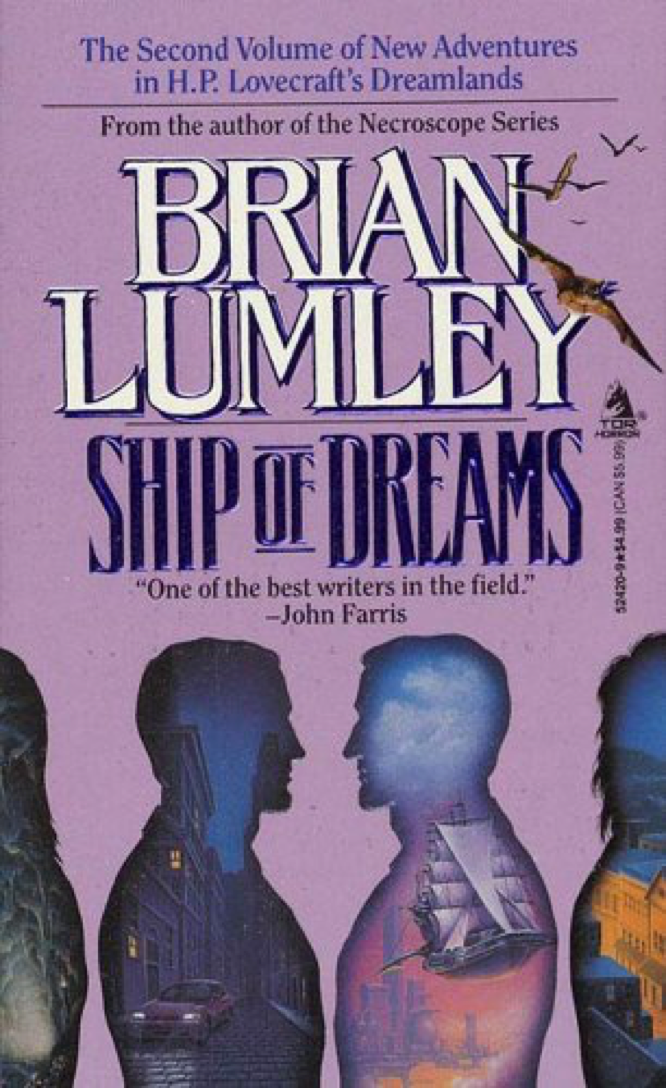 You know that dream where you’re fighting zombie saboteurs in the machinery bowels beneath the city, and you’re naked? Or the one where the cadaverous old man teaches you to charm the giant woodlouse with song? Or the one where you and your best friend have to defeat the skyborne naval forces of the evil queen? Well, they’re in this book anyway.

This second volume of Lumley’s series set in the “lands of Earth’s dreams” carries over the main protagonists from the first book. The story reads very quickly, and has more of an integrated plot system than the previous volume, which seemed more episodic. In addition to taking over the setting from H.P. Lovecraft, Lumley here increasingly shows a debt to Fritz Leiber’s Fafhrd and the Gray Mouser stories, even going so far as to title the first chapter “Ill Met in Celephais.”

Like much of the Lumley I’ve read, this book is “empty calories,” but the aftertaste is nothing but pleasant. 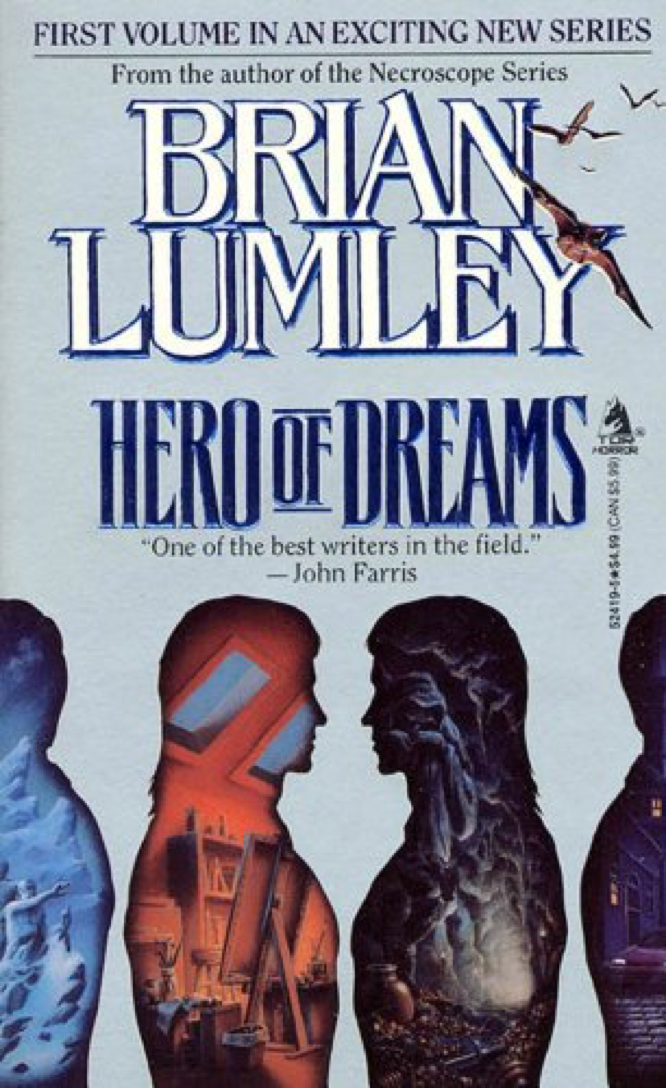 This book is the first of a series by Lumley set in the Dreamlands of H.P. Lovecraft, a milieu first devised for such stories as “Celephais” and “The Dream-Quest of Unknown Kadath.” But the tone of Lumley’s yarn doesn’t manage to carry forward the neo-Dunsanian atmosphere that Lovecraft cultivated. Nor–despite a smattering of allusions to Titus Crow and his adventures–is it really a match for other more Cthulhu-oriented Lovecraftian yarns that I’ve read by Lumley. Instead, it reminded me of nothing so much as the Dying Earth stories by Jack Vance. It has a similar tongue-in-cheek feel of fantastic, almost psychedelic contrivance; which is not to say that it is in any sense laborious. The story was an effortlessly digestible confection. And despite the promise of further volumes, it provided a complete and satisfying plot. [via] 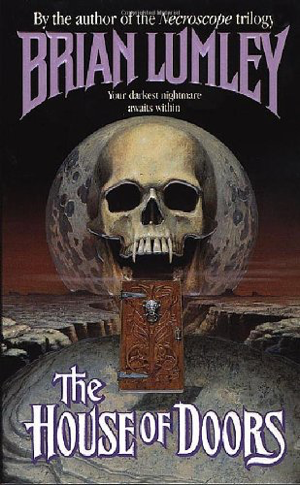 This science-fictional horror novel was fast-paced, with 48 short chapters often shifting their focus among various characters. The story was made decidedly less mysterious and less horrific by supplying the villain’s-eye view on a regular basis.

The basic premise is that an interstellar civilization has sent an “invigilator” to ensure that no civilized species would be disrupted by their plan to seize and remodel the Earth. This agent has at his disposal a “synthesizer” which can simulate environments in which to test subject species, and this machine/setting is the title’s House of Doors.

The human protagonist Spencer Gill is a sort of technopath, capable of intuiting the working of machines. It is obvious from early on that his talent is to be the salvation of the six humans picked up by the House, as well as possibly that of the whole human race. A romantic subplot comes off as, well, mechanical.

I picked up this book solely on the virtue of Lumley’s authorship, but it was something of a disappointment. While he did make the alien technology sufficiently exotic to pass muster, the narrative and characterizations failed to hold my attention. Towards the end, I was mostly looking forward to being done with it. [via]