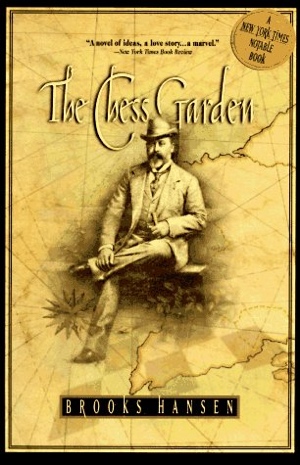 This book contains one of the best religio-philosophical (“spiritual,” if you must) fantasy/allegories I’ve read — I’d class it with the Well-built City Trilogy of Jeffrey Ford, George MacDonald’s Lilith, and the Renaissance Hypnerotomachia Poliphili. It takes place in the “Antipodes,” an island country populated by animate game pieces (and thus evocative of Through the Looking Glass).

But the allegorical fantasy is framed by a modern novel that recounts a philosophical/theological quest on the part of a Dutch pathologist-cum-mystic, and the community that he inspires after settling in Dayton, Ohio. It provides a compelling human story set firmly in the real world of “American metaphysical religion” detailed in Catherine Albanese’s excellent A Republic of Mind and Spirit, and motivated by some of the fundamental dilemmas involved with scientific and humanitarian impulses.

The most powerful allegories are bearers of real human pain and struggle. I didn’t cry over the Hypnerotomachia until I had completed months of study following my first full reading of the book. For The Chess Garden it took only until I started to consider this review and to reflect back on the identities of some of the figures in the allegory.

The settings and characters of the fantasy’s frame—or foundation, rather—are so well-researched and so credible that I ended up exploring reference materials out of curiosity to know which of the supporting characters were from the actual history of medicine, belles lettres, and alternative religion. Many of them were. There was a little comparative weakness in the treatment of gaming details. The text’s only anachronism that was obvious to me was the mention of the game Pente (first published in 1971) in a letter supposedly written in 1901.

Ultimately, an important reflection of this book concerns the power of fantasy narrative to effect spiritual growth and healing, and to that extent, it might be classed with such works as The Neverending Story and The Princess Bride. In both of those books, there is a recognition of how such stories can be a bridge between children and the wisdom of their elders, but the emphasis there is decidedly on the subjectivity of the children. In these “Twilight Letters,” it is the subjectivity of the elderly Dr. Uyterhoeven that takes the foremost place, with significant implications also for his wife-then-widow.

I can see how this book escaped my notice for twenty years. Despite the comparisons I’ve made here, it is unique in the way that it combines the quotidian and the fantastic, and it could be challenging or even off-putting for readers who depend on the immersive conventions of either fantasy or realistic narrative. The rewards of reading it, however, far exceed the challenges. [via]