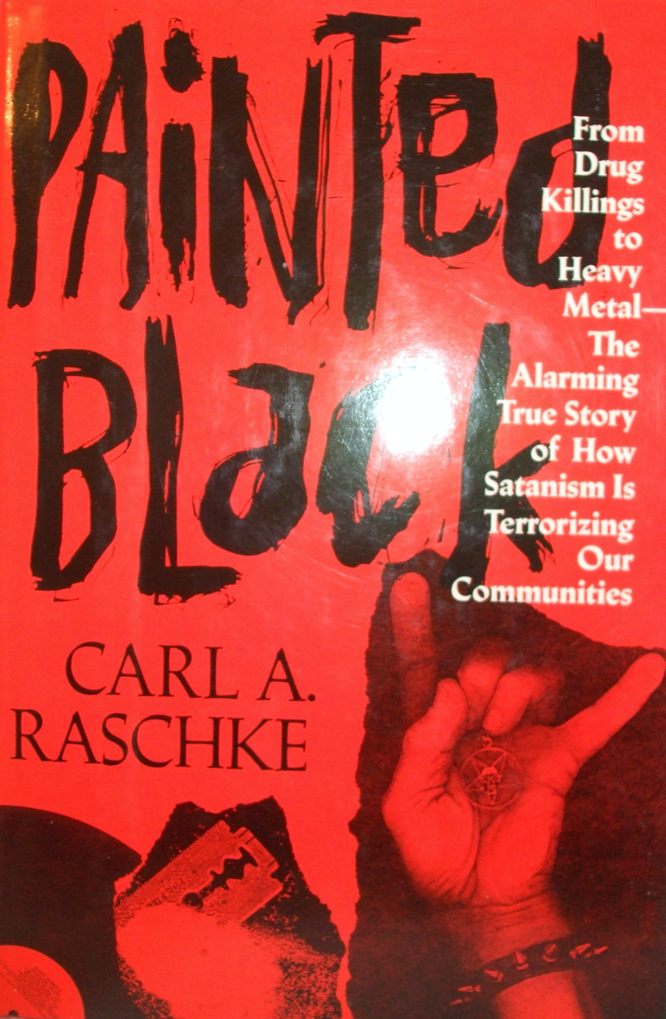 Author Raschke abuses his academic credentials in this sensationalistic and dishonest presentation about contemporary Satanism, which uses a scholarly format to offer garden-variety paranoia, tying together such disparate phenomena as the Matamoros drug murders, Antonin Artaud’s Theatre of Cruelty, and the aesthetics of heavy metal music. Painted Black provided a great assist to rumor panics in the early 1990s, and to professional scaremongers and scapegoaters then and since. The book is full of false details and baseless claims. In the final section on popular culture, Raschke laughably demonizes innocuous fantasy role-playing gamers.

The photographic plates are the main reason I keep this book around. Several of them (obtained by the photographer under false pretenses) depict the old Aleister Crowley Oasis temple, where I received my first Thelemic initiations.