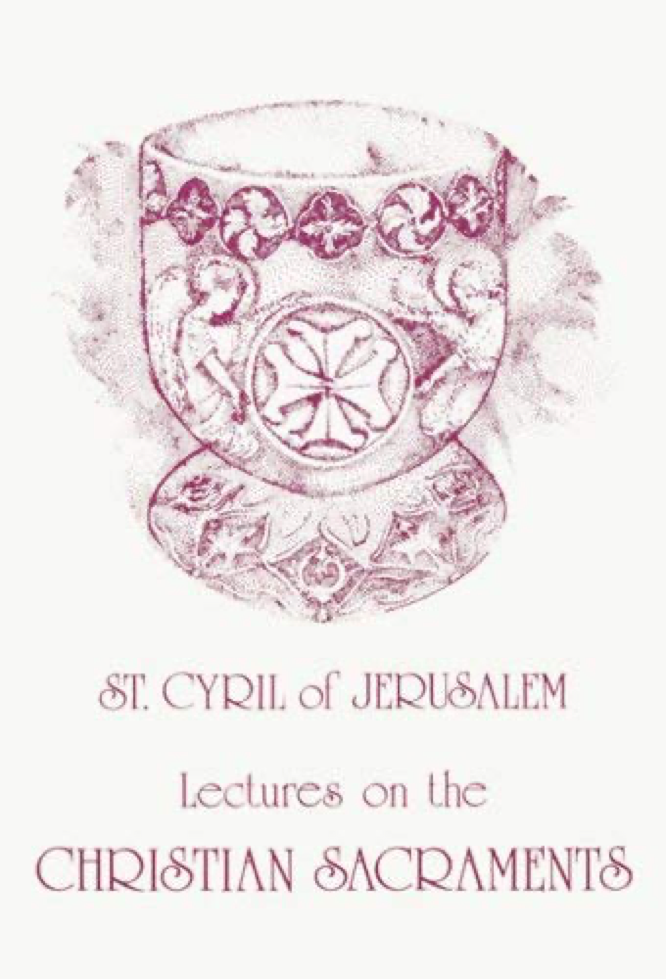 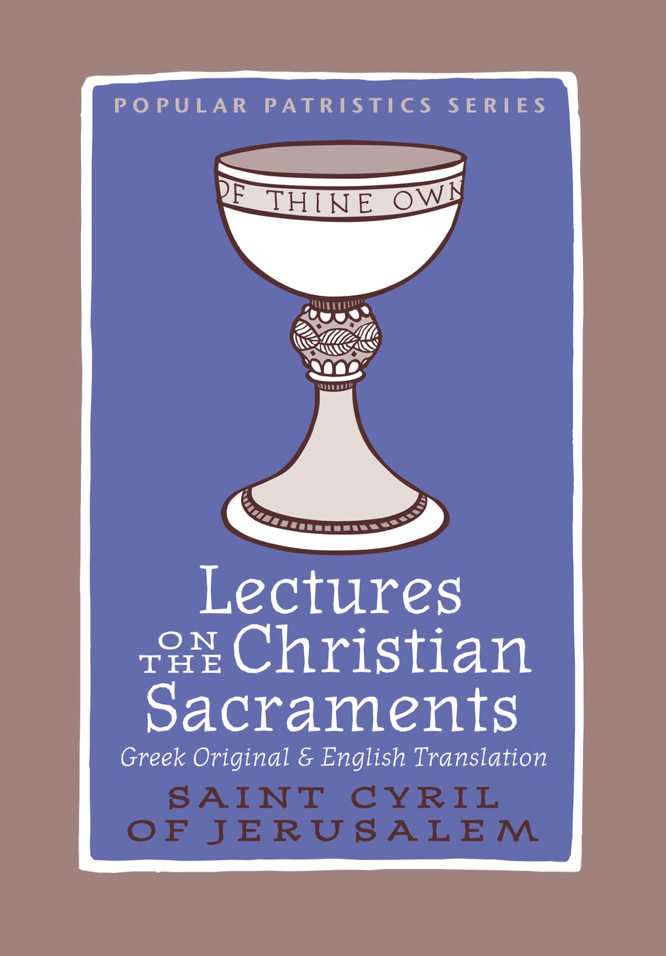 These catechetical lectures attributed to Cyril of Jerusalem of the mid-fourth century E.V. are of profound interest for the great amount of detail they provide on the early Christian liturgies for baptism and the eucharist. The “procatechesis” was addressed to catechumens entering the course prior to baptism, and the five “mystical lectures” followed baptism directly. This book provides a full edition of the original Greek texts, along with an accessible English translation.

The introduction by editor F.L. Cross places Cyril in the context of the early divergence of the Eastern church from Nicene theology and Roman liturgy, the key points of interest being the homoousios / homoiousios for the former and the role of the epiklesis for the latter. Also, Cross points out the persistence of the disciplina arcani at a time when Christianity had already become fully licit. His assumptions about the primitive church of the second century and before are not ones I share, but they are the common fare on that score.

I was pleasantly surprised to discover an ancient view of Gnostic heresy presented in passing. Simon Magus appears in the procatechesis as an example of the just rewards of those who approach baptism without sincerity. My eyebrows were raised by Cyril’s reference to eucharistic communicants as “children of the bridechamber” (68). Although this phrase stems from Matthew 9:15, I am accustomed to encountering its use in a sacramental context only among Gnostic teachings.

The whole book is short and highly digestible, unless it is your plan to tangle with the original Greek. I found it useful, and I recommend it to those with an interest in the origins of Christian liturgy.