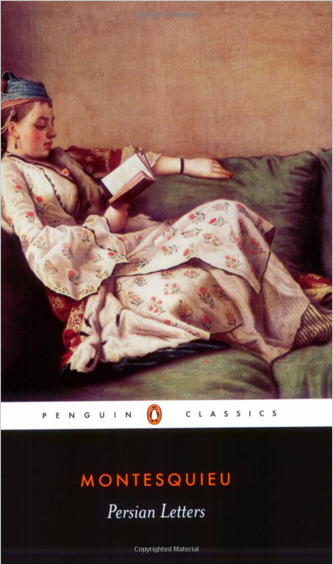 Charles-Louis de Secondat, baron de Montesquieu was an intellectual giant of early 18th-century France. His Persian Letters were composed under the conceit of correspondence written by Persian travelers in Europe. In an early series of these letters, he presents the fable of the Troglodytes. In Letter 11, this remote Arabian people is introduced as “so wicked and ferocious that there were no principles of equity or justice among them.” The consequent Ayn Rand-style faux-libertarian dystopia (alarmingly similar in many details to our mass society today) leads to a substantial decline in population. The subject of Letter 12 involves the regeneration of society by the efforts of two men and their households, who broke with Troglodyte custom in realizing

“…that the individual’s self-interest is always to be found in the common interest; that wanting to cut oneself off from it is the same as wanting to ruin oneself; that virtue is not such as to cost us anything, and should not be considered as wearisome exercise; and that justice to others is charity for ourselves.”

Letter 13 extols the virtues of the new order of society that followed from these revised ideals, and Letter 14 discusses the beginnings of that polity’s decline, as they chose to subject themselves to a monarch. The Betts edition appends an additional letter on the Troglodytes written by Montesquieu, but not published by him in the Letters.

The entire Troglodyte series deserves to be studied in connection with the utopias of Plato and Rabelais alike. [via]