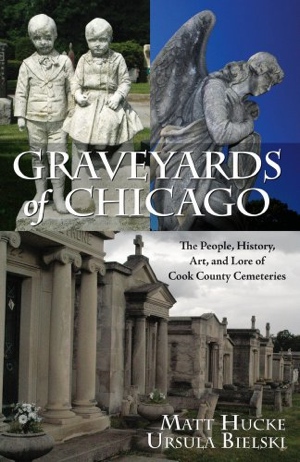 I’ve previously mentioned the Mapping the Occult City pre-conference, but now that the speakers list has been finalized I thought I’d mention there’s involvement from a number of people you may be already familiar with from the library including Hermetic Library fellow M Dionysius Rogers, anthology artist David B Metcalfe, and frequent contributor to the visual pool Rik Garrett. So, not only is the conference itself sounding pretty interesting in and of itself, there’s a lot of great people involved as well. If you’re in Chicago or can get there, the pre-conference is Friday, Nov 16th, and does not require AAR membership to attend or participate. 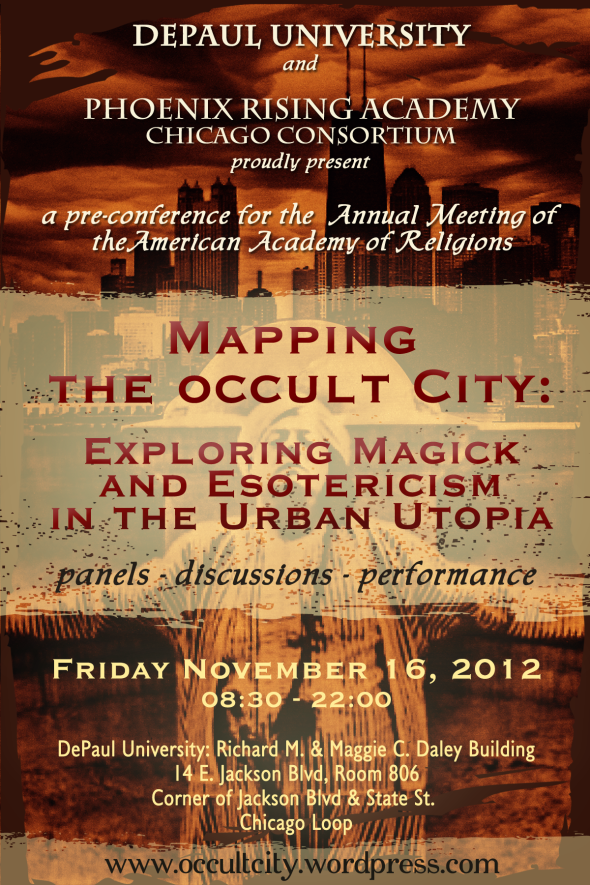 Occult Guide is a new web community created by Rik Garrett, who has been a contributor to the Hermetic Library visual pool and is the creator of the blog Occult Chicago, and Jane Garrett.

“Welcome to Occult Guide, an interactive mapping website dedicated to locations of occult interest around the world. Intended as a resource both for travelers and for those exploring their own cities, Occult Guide features locations of historical as well as contemporary significance.

Take a look at the maps. Once you register and create a profile, you can:

submit locations in your own city for the worldwide maps
customize your profile, complete with blog, photo album and more
add friends
join in the discussion forums
create and join groups based on location or common interest
create and edit collaborative documents within groups” [via]

“A fully user-fueled website, Occult Guide shares locations of occult interest as a means of both celebrating historical traditions and advancing current study and practice. We encourage people of all paths to contribute to the site, creating a resource for all seekers of hidden knowledge.

Members can contribute locations to the global map, join discussion forums, or create groups with other users who share a common path or interest. If you have an interest in magick, Wicca, Paganism, Hermeticism, Satanism, Thelema, Theosophy, or other schools of thought — we need your help! Please join in the discussion here and submit locations to add to Occult Guide’s worldwide map.” [via]

“Occult Guide is a project by Rik and Jane Garrett, out of Chicago IL.

Jane has a Bachelor of Arts degree in Writing and a Masters of Library Science degree. Rik is a fine art photographer who also runs the Occult Chicago blog.

One day in June 2012, we were walking through town and discussing our upcoming honeymoon in Vienna. Jane said, “Wouldn’t it be great if there were an international site like the Occult Chicago blog, but with maps? That way you could find interesting places to visit no matter where you traveled.” We looked at each other and knew that we had to make this happen.” [via] 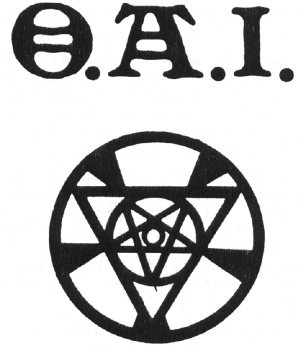 A video for Liber Resh vel Helios at dawn from Aum Ha, which includes an appearance by Hermetic Library fellow T Polyphilus as the Imam.

“This is the first of a four part video series created by Aum Ha Oasis O.T.O. in the valley of Chicago. The purpose of these videos, aside from displaying the beautiful sites of the “Windy City”, is to promulgate the law of Thelema by demonstrating the Solar adorations to the Sun found in Liber Resh vel Helios.” “One night solo exhibition of my Earth Magic series in Chicago, June 21st. Show up and see how these prints from wet plate collodion negatives look in person!”

Article about a Burroughs portrait of Crowley on display in Chicago

Article about a Burroughs portrait of Crowley on display in Chicago at “Eye Exam: Perverted Tactics” 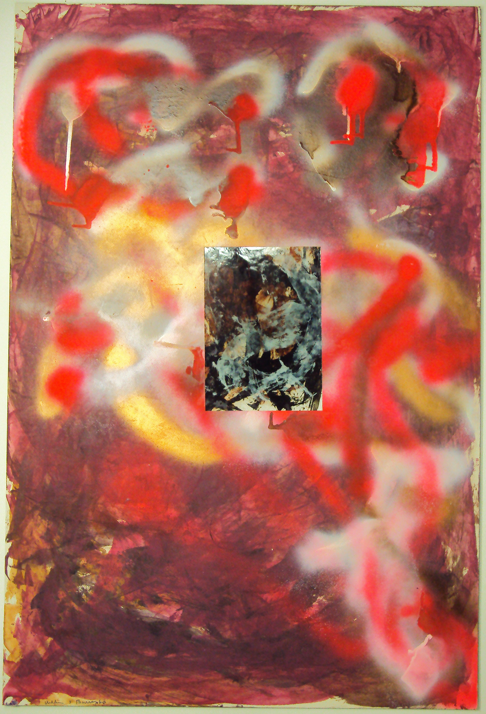 “William S. Burroughs, beat poet and author of Naked Lunch, picked up on Crowley’s philosophy with zeal, distorting its lessons to accommodate his own blatant drug use and sexuality demonized by mid-century American morality. In a 1978 interview, Burroughs misquoted Crowley, effectively reversing the dictum: ‘What you want to do is, of course, eventually what you will do anyway. Sooner or Later.’ His interviewer accused him of being ‘amoral.’

Burroughs’ ‘Portrait of Aleister Crowley,’ a painting on paper from 1988, is now on view at Th!nkArt Salon, in Wicker Park, along with a dozen or so of his other works. Burroughs’ palette tends toward the visceral tones: dried-blood crimson, shocks of red, vomitus green. The acrylic paint was applied energetically with a painter’s knife, sometimes accumulating into a crusty mass and sometimes taking on an ethereal air behind swaths of frenzied spray paint. No human face emerges from the portrait of Crowley, but a portal to some grim ghost-land sits front and center.” [via]