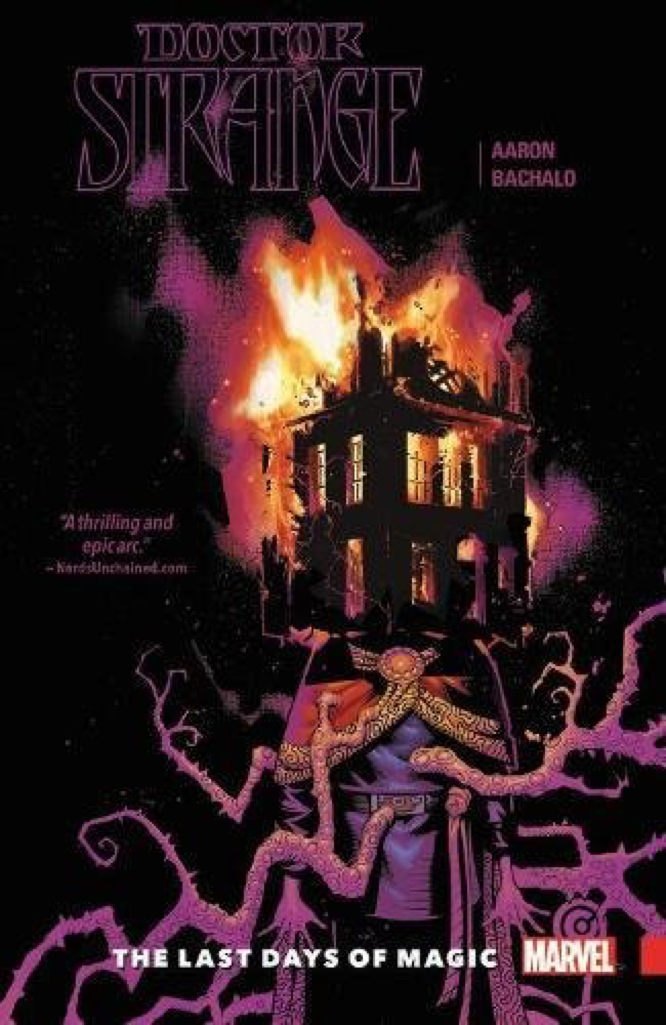 This volume collects issues 6 through 10 of the recent Doctor Strange comic book, detailing the culmination of Strange’s battle against the Imperator and his Empirikul army, along with the standalone Doctor Strange: Last Days of Magic which belongs between issues 6 and 7. The latter in particular features a range of minor magic-powered superheroes. Jason Aaron’s writing plays up the pathos of the destruction of magic, but is sometimes quite funny. Chris Bachalo’s art is solid.

Zelda Stanton, the librarian whom Strange has taken on as an assistant, has several important roles to play in this plot arc. The flavor of the thing as a whole reminded me of the David Tennant Doctor Who episode “The Last of the Time Lords,” with Zelda in the Martha Jones role.