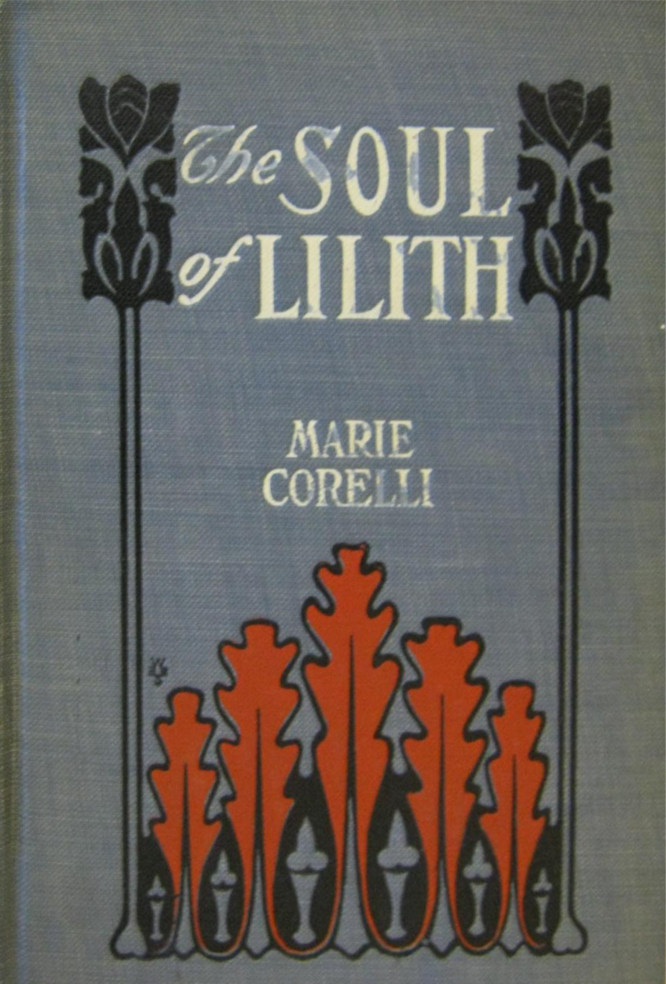 Corelli was Queen Victoria’s favorite novelist, which should tell you a lot about the book, but Crowley was also familiar with Corelli’s work and honored her with a reference to her toe-jam in one of his better poems, “Birthday Ode” in Snowdrops, owners of the 1986 Teitan Press edition will note that the editor has confused Marie Corelli with Mabel Collins, the book’s charm is more antiquarian than literary, i.e. it is quaintly Victorian but is no masterpiece by modern standards, it is, however, not without appeal to the occultist, as the tale revolves around magical themes, its main character is determined, Crowley-like, to master the secrets of life through the power of will, and there are several amusing jabs at Theosophy, there is also an unintentionally hilarious character–an idealized self-portrait of the author–who voices all of Corelli’s complaints about society, over and over and over, her style is long-winded and moralizing, and her characters and situations are none too believable, four of the main characters, e.g., are non-Muslim Arabs (three Christians and a pagan), two of whom are uneducated peasants who speak flawless English, and one of whom is blonde, but all her faults notwithstanding, we must hail Marie Corelli as a Past Master of the Bewildering Run-On Sentence, in fine, then, the book is entertaining, if not wholly in the way its author intended, I would, however, recommend that you not buy some arm-and-a-leg Kessinger xerox, but wait till you can find it for $1.50 in a junk-shop in Kokomo.