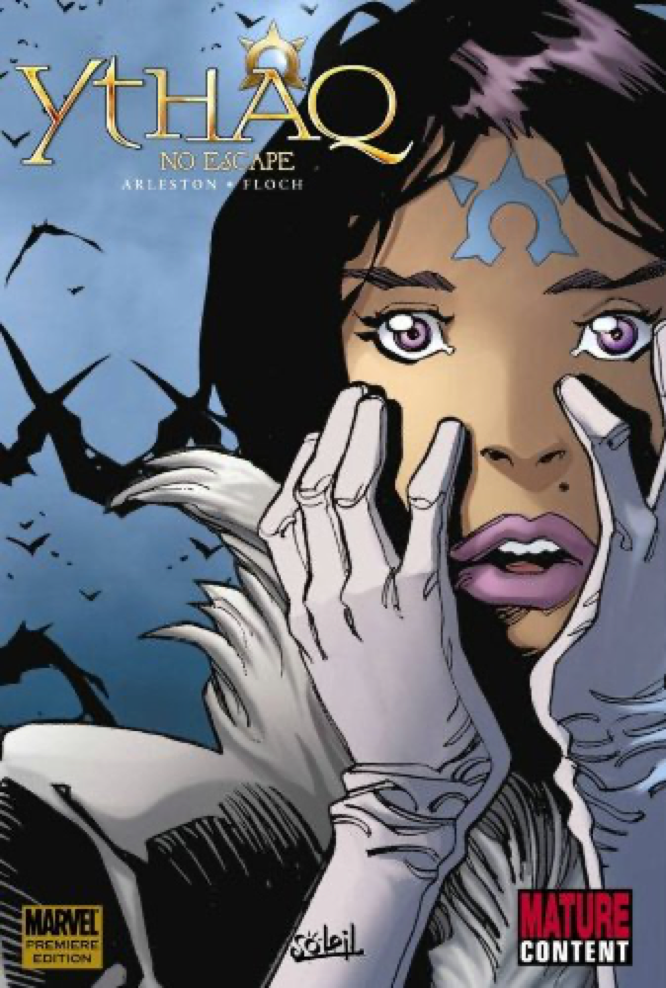 This second volume of the English translation of Arleston and Floch’s Ythaq reveals a couple more layers to the conspiratorial plot, but offers no resolution. The art remains excellent, and the characters affecting, although the story is increasingly an affair of some god(s) in the machine (planet). It doesn’t seem that the further story beyond this segment is currently available in English, but hopefully it will be in the future. As with other titles of the Marvel Soleil imprint, I find the reduction of the art from the larger European BD size to the smaller US comic book page format to be a loss, but the book is otherwise materially excellent. 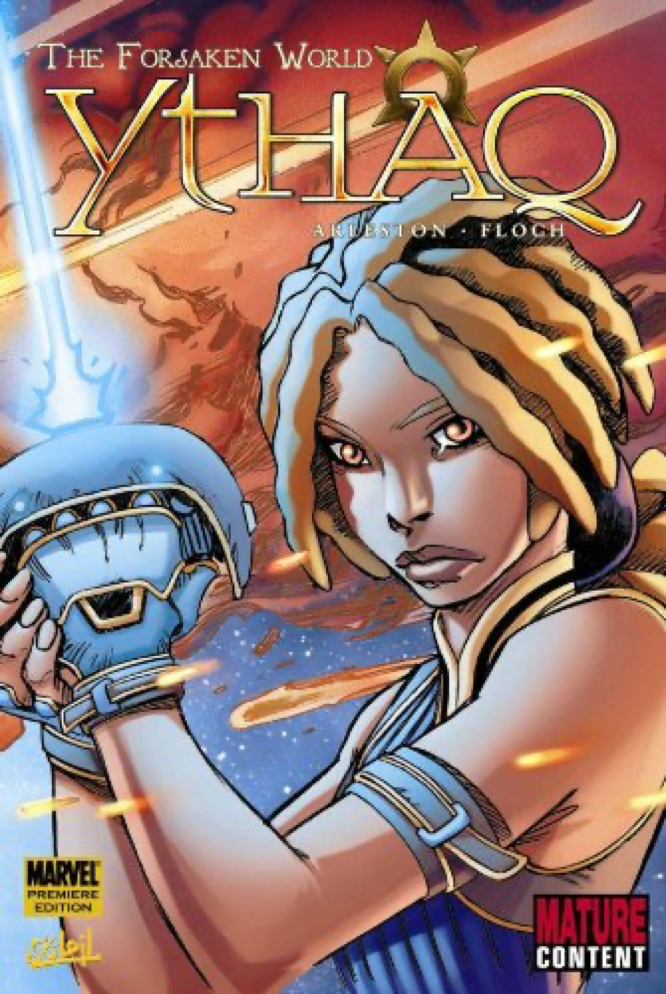 The Forsaken World collects the first three bandes dessinées of Christophe Arleston’s Ythaq in English translation. The story is quite an entertaining adventure, told in a style that reminds me of Jeff Smith’s Bone. Whereas the epic fantasy of Smith is written for all ages, Ythaq is decidedly adult, with its three castaways organized into an unrequited triangular affection.

The space opera frame story lands the protagonists in a Flash Gordon-style world with many non-human sentient races, but the overall tone is a little closer to the wonderful sword-and-planet work of Leigh Brackett. As in Bone, the setting has its own mysteries, and the working out of the plot involves coming to understand the history of the fantasy world. This first volume brings the story through many major plot developments, but provides very little in the way of resolution.

Adrien Floch’s art is really comics-stylized and somewhat lighthearted, but his characters and settings are all quite expressive, and they communicate the action very effectively.