TO KNOW, TO DARE, TO WILL, TO KEEP SILENT, are, as we have said elsewhere, the four qabalistic words which correspond to the four letters of the tetragram and to the four hieroglyphic forms of the Sphinx. To know, is the human head; to dare, the claws of the lion; to will, the mighty flanks of the bull; to keep silent, the mystical wings of the eagle. He only maintains his position above other men who does not prostitute the secrets of his intelligence to their commentary and their laughter. 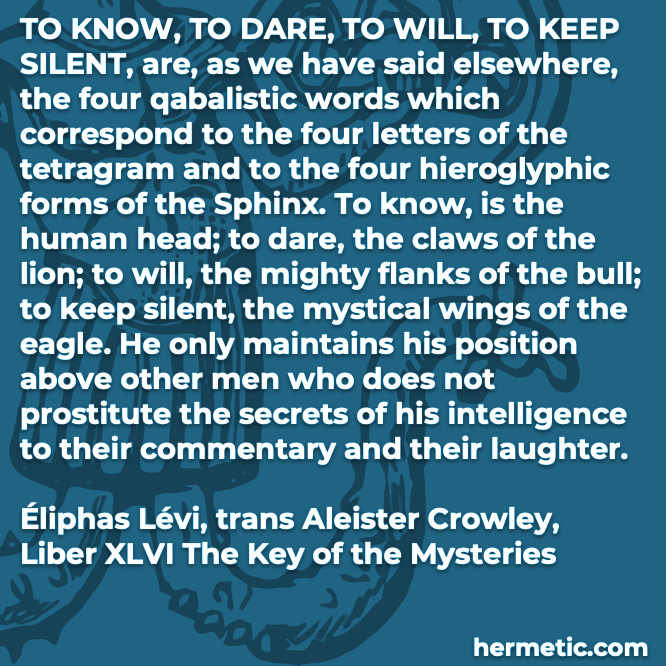 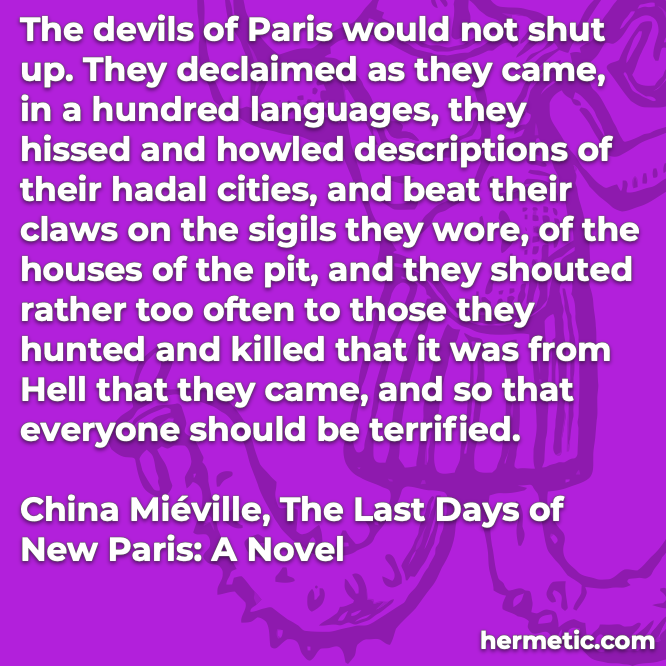