Love Is The Law

Love is the Law by Nick Mamatas is a forthcoming book, due Oct 8th, 2013. It is currently being made available for people to request review copies. 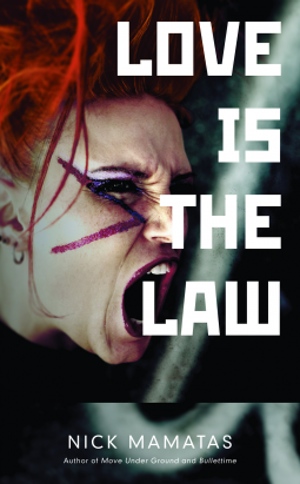 “In 1989, punk-rock girl ‘Golden’ Dawn has crafted an outsider’s life combining the philosophies of Communism and Aleister Crowley’s black magic.

One fateful day she finds the dead body of her mentor in both politics and magick shot in the head, seemingly a suicide.

But Dawn knows there’s more going on than the Long Island cops could ever hope to uncover. In setting out to find the murderer herself, she will encounter dark and twisted truths for which no book, study, or basement show could have prepared her.

Honestly, I was intrigued by the title and the protagonist’s name enough to almost click the request button myself, but then I read the phrase “Aleister Crowley’s black magic” and was suddenly far less impressed. But, maybe someone else will take the hit and risk of potential brain cell loss to find out if this is better than it appears on second glance and let me know for sure.