Hermetic Library fellow T Polyphilus reviews The Hidden Dangers of the Rainbow: The New Age Movement and Our Coming Age of Barbarism by Constance Cumbey. 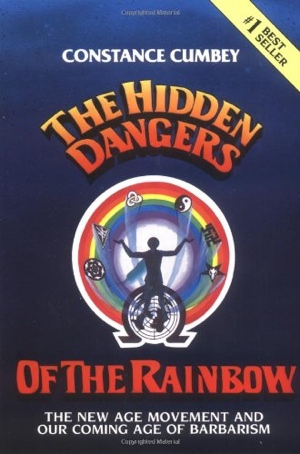 I acquired and read this book as a teenager, shortly after consuming Shea and Wilson’s Illuminatus! The genuine paranoia and distortions in this purported expose were in some respects more hilarious than the psychedelic novel had been. The author’s search for monsters in the closets of New Age religion afforded me one advance in factual understanding: the historical centrality of the Theosophical movement to twentieth-century esoteric thought and organizing — as a cultural influence, mind you, not the Palladist masterminds of Cumbey’s totalizing imagination.

I’m not sure when I shed the copy from my library; it would have been a useful volume to retain as an example of its type of thinking. [via]