A Little World Made Cunningly by Scott David Finch, a 2013 paperback graphic novel, with an afterword by Steven L Davies discussing Gnostic interpretation and parallels, is part of the collection at the Reading Room courtesy of the author. 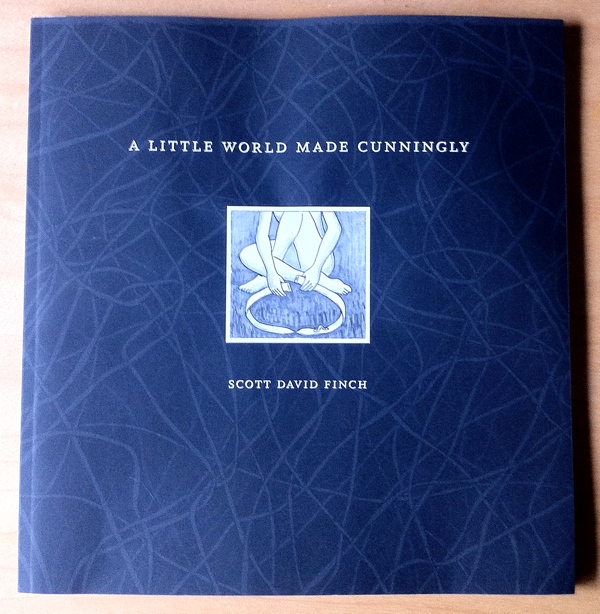 “At the beginning of this dreamlike graphic novel, a young woman’s sleep is disturbed by a mysterious voice calling in the night. She follows the sound into a forest grove where she is inspired to weave a dress of leaves. As she adorns her garment with one last leaf, it breaks and falls away, ruining her creation. She collapses in frustration only to awaken as some other tiny self on the surface of that torn leaf. She begins to explore her microscopic new world under the moonlight, unaware that a frightened, hungry creature, Samael, is growing on the darkened underside of this leaf world.

Scott David Finch’s A Little World Made Cunningly is a story about creativity built on the ancient template of the Creation Story.

Drawing upon images from esoteric Christianity, the syntax of postmodernism, and Saturday morning cartoons, Finch’s work demonstrates an interest in the arcane strata below and beyond ordinary waking consciousness. He often employs several parallel lines of metaphor at once in a dense, layered visual language.

After more than twenty years of making large brightly colored paintings derived from photographic imagery, during a creative block 2010, images of a woman weaving leaves into a dress around her own body began to unfold in his mind’s eye. This narrative impelled him to devote the next year to writing and drawing A Little World Made Cunningly.” — back cover 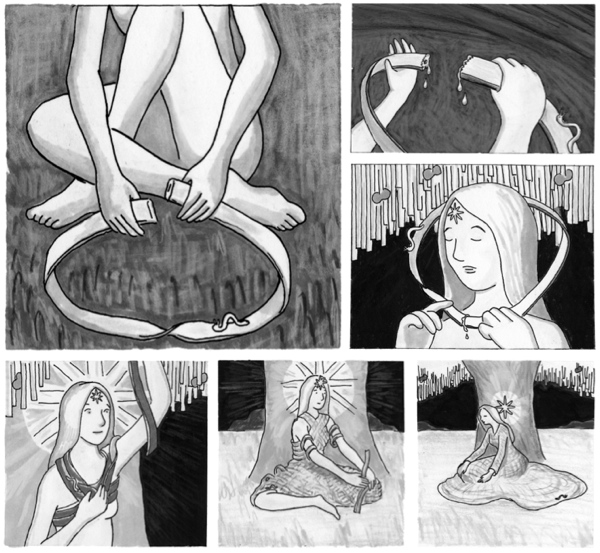