Moses and His Masters by F X Foulke-ffeinberg, from Cui Bono Books, is part of the collection at the Reading Room. 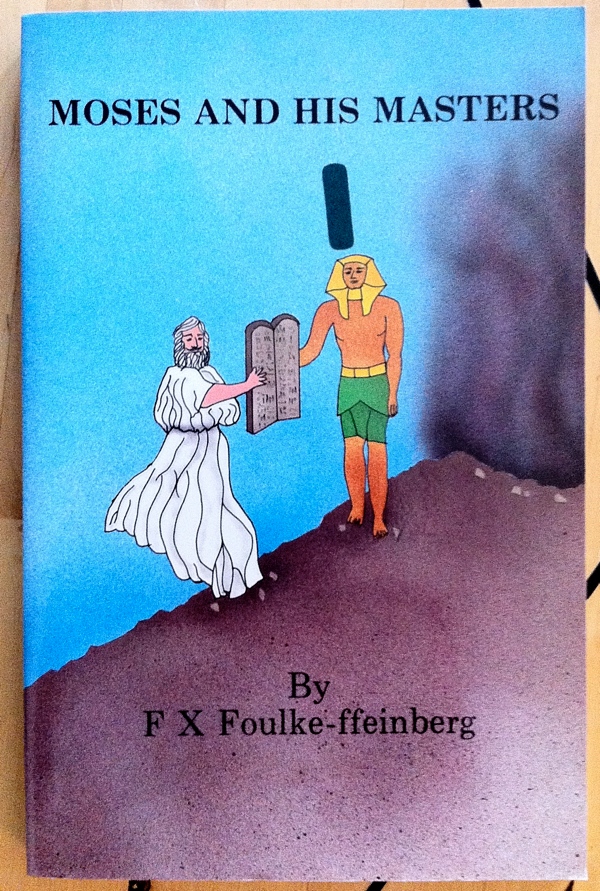 “The Old Testament proclaims Moses as a charismatic leader who, at great personal sacrifice and risk, selflessly organized a recalcitrant mob into a powerful military force capable of seizing the Promised Land. Or does it? Moses and His Masters presents a different interpretation of the text

According to Foulke-ffeinberg, the Pentateuch clearly shows that the Israelites themselves frequently expressed strong reservations about the intentions of Moses, and more than once explicitly stated their belief that he had led them out of Egypt in order to kill them. Since nearly all the men emigrating from Egypt perished during the wanderings, the Israelites seem to have had a realistic view of the situation.

When the evidence collected in this volume is analyzed objectively, it is hard to avoid the conclusion that Moses served the interests of the Egyptians very well and the interests of the Israelites very poorly. Was this intentional? The author suggests that it was probably the result of a carefully thought-out plan.

Although the decidedly unorthodox views of Moses’ motivations stated by the author may outrage some biblical scholars, less biased readers will find it provides a rational explanation of the great leader’s policies and pronouncements, clarifying many otherwise paradoxical passages.” — back cover