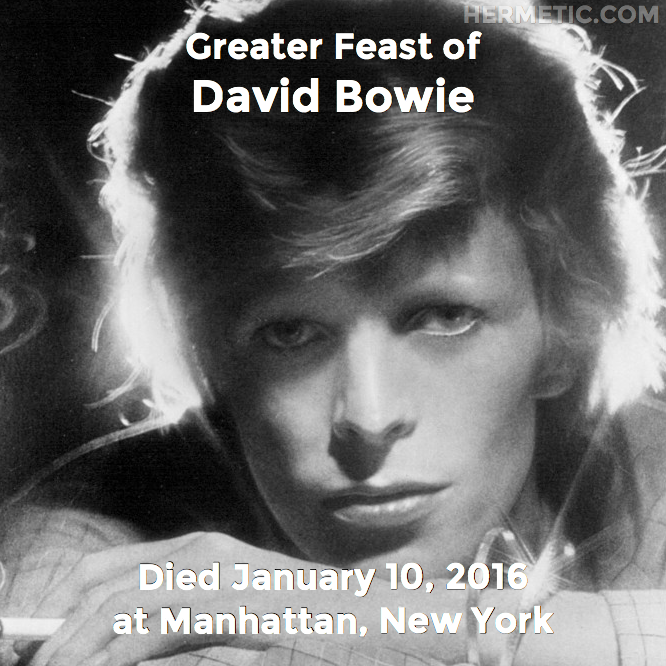 Aleister Crowley tangentially mentioned in a Rolling Stone cover story in an anecdote about a row between David Bowie and Jimmy Page at “Cover Story Excerpt: David Bowie“.

“He lived for a time in a Manhattan town house, but after a tense conflict there one night with Jimmy Page, Bowie believed that the Led Zeppelin guitarist — who owned the English home of late black-magic philosopher Aleister Crowley — had put his soul in peril.”

Interestingly, the author chooses to call Crowley a “black-magic philosopher”, not a “magician” but still preserving the connotation of evil by relying on the aspersion and assertion of “black-magic”.

This is … an oddity, but maybe of some interest. Bowie2001 is apparently a collection of media around “a compilation of brand new remixes of many Bowie songs”. If you’re into the old Infrared Roses remixes of Grateful Dead or the idea of syncing Pink Floyd’s Dark Side of the Moon with MGM’s The Wizard of OZ, then this “may even be what you are looking for.” The production of this seems to be pretty well done, but honestly I’m still not sure if this is legit or not. But, it’s definitely interesting. I’ve been listening to the mix as I’ve been preparing this post, and I’ve certainly enjoyed it.

“Bowie2001 is many things. It may even be what you are looking for.

It’s a compilation of brand new remixes of many Bowie songs. It is also, a non-stop continuous mixpiece comprising those remixes and other Bowie moments. And yet it is a movie, a re-imagined re-edited version of 2001, synchronised to this mixpiece.” 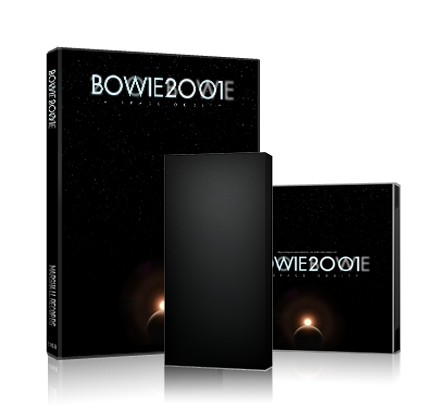 “Bowie2001 is a non-linear existential gothic drama hyper-cycle, a divine odyssey about the creation of the cosmos. Starman telling the story of starchild. Ziggy covered in moon-dust geysering into the vacuum of space. The Thin White Duke’s pursuit of a wide black monolith. Major Tom killing Nathan Adler’s electro-mechanical reincarnation as HAL 9000.

From the Dawn of Supermen to Life in Mars and Beyond the Infinite, astronaut Dr. Dave Bowie tells the story of the universe with a supersonic musical piece synchronised with a intergalactic film, producing the transcendent experience known as Bowie2001; a mixtape, a movie, and also a remix album.”

Note that the downloadable torrent link is actually a zip which includes 3 torrents, one each for the free versions of the mixpiece, remix CD and the movie; so, if you’re going to consider grabbing them, just start with grabbing the torrent files instead of clicking on each link on the page.

A non-stop coninuous mix of all the remixed tracks, with sounds from the movie and other Bowie songs. An ambient journey into the world of Dr. Dave Bowie, through the eyes and ears of Fritz von Runte.

The edited version comprises mainly the Bowie2001 remixes. The 100 minutes full version is the complete soundtrack of the movie which includes a few hidden gems.”