Bkwyrm reviews The Magical Household: Spells & Rituals for the Home by Scott Cunningham and David Harrington in the Occult Book Reviews archive. 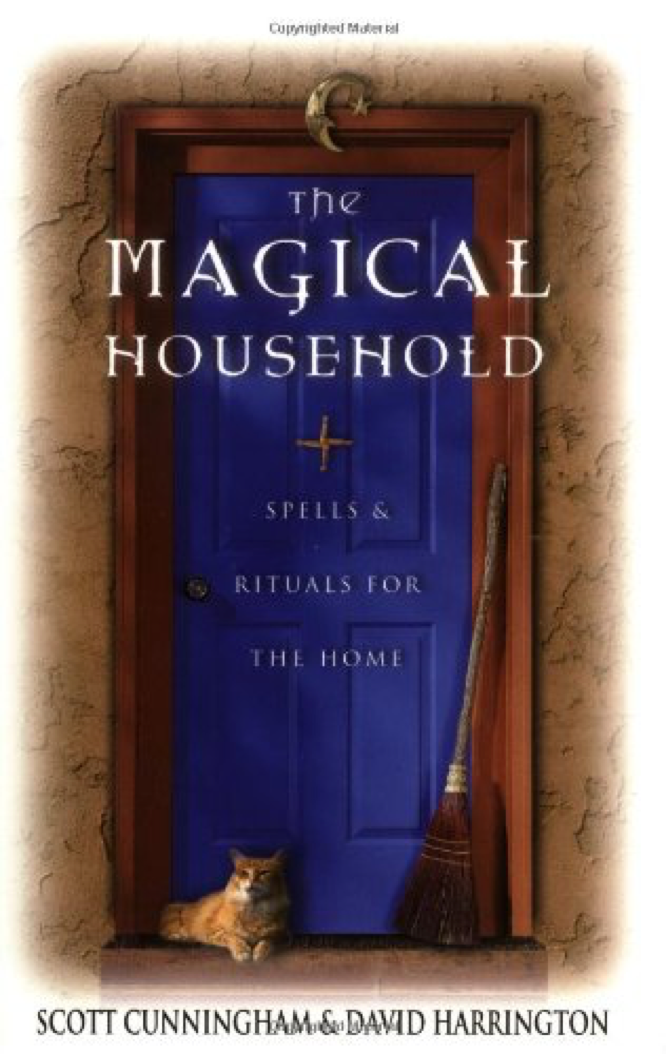 Let me preface my review of this work by mentioning for what seems like the nine millionth time that Cunningham wrote beginner books. If he had lived longer, he probably would have written intermediate and advanced texts on Wicca, but he didn’t. He died before he had a chance to write anything beyond the absolute basics. If you’ve been practicing for a while, and you’ve got a fair number of books on your shelf, Cunningham works are not going to be all that helpful to you. This is a work about hearth-and-home Wicca. It is intended to guide the reader through charms and spells to make the home happy, productive, and magical. Nineteen short chapters include Thresholds of Power, Bathing and Brushing, The Mystic Garden, Household Purifications, and suchlike. The writing is clear and easy to read – the usual standard Cunningham fare. Charms and rituals are scattered throughout the book, together with folklore on the home from many cultures and traditions. Each chapter stands on its own, as a self-contained essay on a particular subject. It might be because the book was a collaboration project, but I didn’t find this book particularly interesting or useful. The sections seem disjointed – while there is an overall coherency to the style, the varied topics are arranged in such a way that the reader is shifted from one concentration to the next, with no transition. The different cultures and traditions that the spells and charms come from are given a very superficial treatment, with no materials suggested for further research and study. As Cunningham’s books go, this is certainly not one of the best examples of his work.