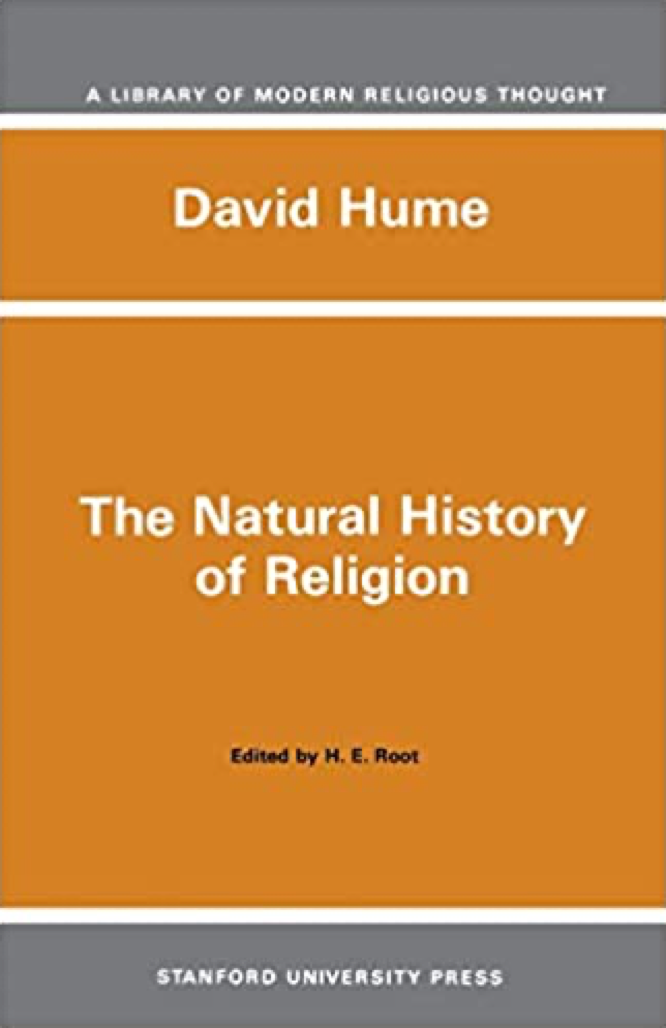 Hume’s Natural History of Religion is an early foray into comparative religious studies. As a professed partisan of “genuine Theism and Religion” (21), Hume shows his own implicit theological orientation to be an unsurprising Enlightenment Deism. The “natural history” element of his account emphasizes what he understood to be the chronological priority of polytheism to (mono-) theism, and the general rooting of religious behavior and identity in relatively base fears and appetites.

As editor H.E. Root notes, Hume’s primary historical data are rather incomplete and under-interpreted from the perspective of more recent studies of the same questions. His overall polemical fabric, is, however, nicely woven. While giving greater theological credit to the theists (evidently the Abrahamic religions), he also notes that their loftier virtues are reflected in more significant vices than pagan polytheists ever exhibited. The second major arc of the text is a series of comparisons between polytheism and theism on the counts of “Persecution and Toleration,” “courage or abasement,” “reason or absurdity,” and “Doubt or Conviction.” In this sequence of short chapters, the illustrations grow more and more amusing, climaxing with a series of jokes about the Eucharist in the question of “Doubt or Conviction” (55-7).

After the sets of comparisons, Hume moves on to a pox on both houses section, in which he castigates religions generally on grounds of “impious conceptions of the divine nature” and “bad influence on morality.” These are the most contentious chapters, and likely the ones that especially earned the alarm and reprobation of his contemporaries. But they are soundly argued.

In his “Editor’s Introduction,” Root understands the final gesture of Hume’s text to be one proposing that philosophy be a “substitute for religion” (20). But Root had already observed that Hume “did not believe that religion was a ‘primary’ constituent of human nature” (14) and thus it was in no need of a substitute if philosophers or others were to turn away from it. Root also neglects the intellectual history of the centuries leading up to Hume, in which theology and philosophy were often construed as mutually antagonistic efforts. An empiricist such as Hume could not help but be a partisan of philosophy in this contest, and such partisanship was perhaps the motive guiding this entire text.

“The same care and toil that raise a dish of peas at CHRISTMAS, would give bread to a whole family during six months. To say, that, without a vicious luxury, the labour would not have been employed at all, is only to say, that there is some other defect in human nature, such as indolence, selfishness, inattention to others, for which luxury, in some measure, provides a remedy; as one poison may be an antidote to another. But virtue, like wholesome food, is better than poisons, however corrected.”
— David Hume, Of Refinement in the Arts

Quote featured at CHRISTMAS GOOD WILL from the Ministry of Information. 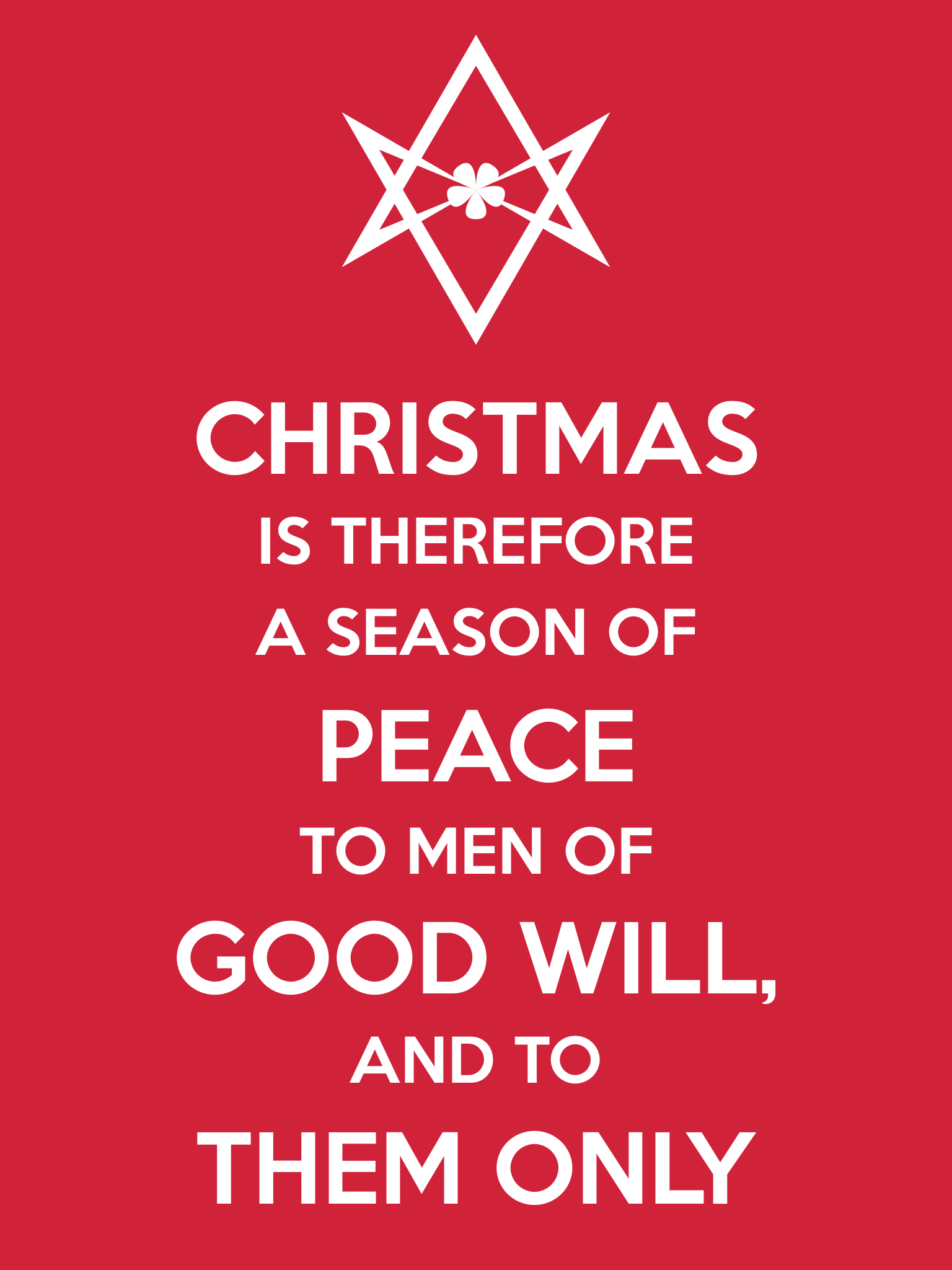