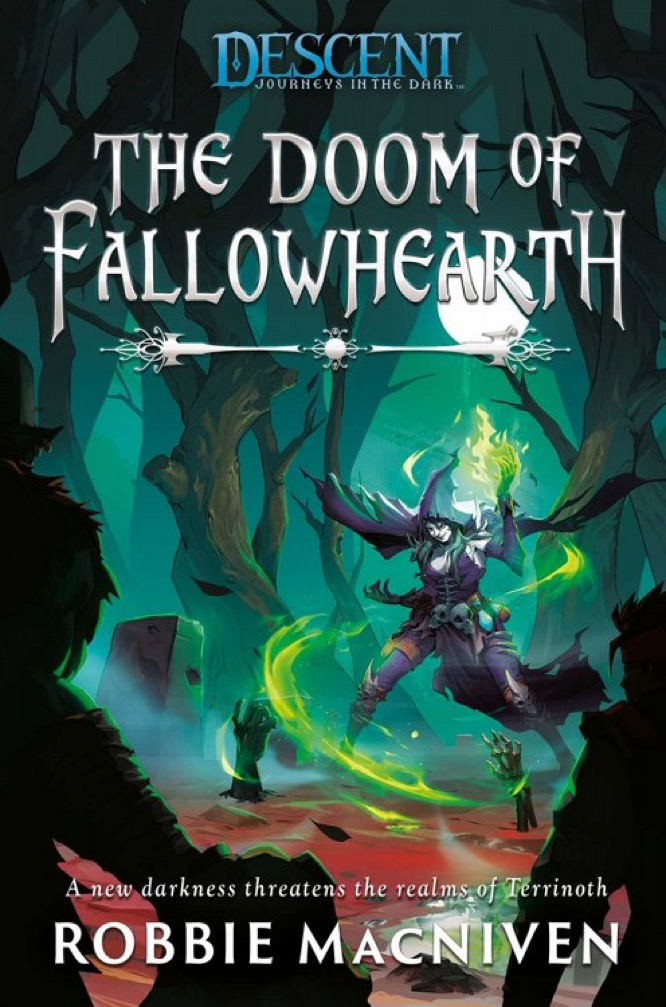 This book is — as far as I know — the first novel-length fiction to be set in the proprietary fantasy world of Terrinoth, identified with a considerable number of games under the Fantasy Flight imprint: Runewars, Descent, Runebound, Rune Age, BattleLore Second Edition, Heroes of Terrinoth, and probably some others as well. Its topic is the reunion of the “Borderlands Four,” a party of adventurers who have been enlisted to find a missing noblewoman in the outlying northern reaches of Terrinoth.

By and large, the games present Terrinoth as a bog-standard heroic fantasy world, with elves and orcs, dwarves and undead, dragons and giant spiders. This book seems careful to preserve its canon while highlighting a few elements that might seem different from the usual post-D&D synthesis of pulp sword-and-sorcery with Tolkien-style epic fare. There is at least one major pivot in the novel, amply foreshadowed, and not profoundly surprising, but the ending is a bit unconventional. It reads quickly, and does offer the sort of fleshing-out for its setting that this sort of story is concocted to achieve.

The main viewpoint characters here are the orc Pathfinder Durik and the rogue Logan Lashley. The former is the most upstanding and ethical character in the whole book, as far as I could tell, which thus comes a long way from Tolkien, but is consistent with the Terrinoth source material, I think. The aging and self-conscious Logan is something of a buffoon. In other non-standard fantasy characterizations, the whole story mentions only two amorous relationships, and they are both same-sex arrangements, neither of them stigmatized for that reason. The main one is stigmatized, but for necromancy, and that is central to the larger plot — a fact introduced in the prologue.

Ironically, the book’s branding is for “Descent: Journeys in the Dark,” a longstanding dungeon-crawler tabletop game that appears to have had its publication suspended in favor of “Descent: Legends of the Dark,” a sequel game driven by a digital app. A second “Descent” novel by a different author was issued just four months after this one, and I find it somewhat tempting, as it involves the Uthuk Y’llan, savage demonolaters who do not appear in The Doom of Fallowhearth.