In an important sense, soulmaking is just the creative seeking and expression of extrarational truth. It’s what we do when we dialogue with the parts of ourselves that usually go unheard—whether it be our heart, our guides, or our genius.

Carolyn Elliott, Awaken Your Genius: A Seven-Step Path to Freeing Your Creativity and Manifesting Your Dreams 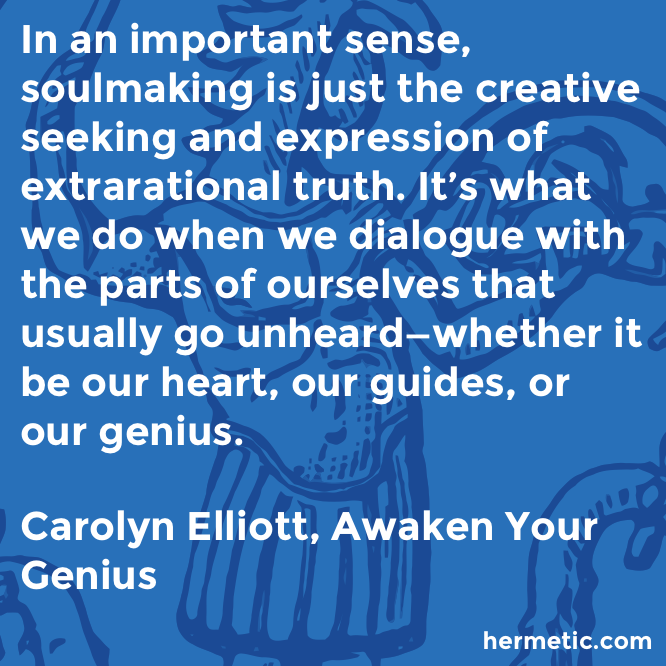 Additionally, although there is very little time left, you may be interested in the call for papers still open through October 31st, 2013.

“﻿This two-day conference is a collaboration between the Department of History of Art, University of Cambridge and the Arts University Bournemouth and is organised in association with the European Society for the Study of Western Esotericism (ESSWE).

It seeks to investigate the formative role that occultism and spirituality have played in the creation of both Western and non-Western visual and material cultures. The conference aims to provide a stimulating platform for the presentation of innovative research in this field as well as to encourage dialogue and exchange between academics with a specific research interest in art and occultism.﻿” [via]

“This two-day conference seeks to investigate the formative role that occultism and magic have played in Western and non-Western visual and material culture. It aims to present original research in this field as well as to establish a productive dialogue between academics with a particular research interest in occultism and visual culture.

We invite proposals from a variety of disciplines and perspectives, provided that they present innovative insights into visual, symbolic or material aspects of the esoteric tradition, covering a broad spectrum of geographic regions and historical periods.

Acceptable topics may include, but are by no means limited to, the following areas:

* Alchemy and Hermetic symbolism;
* Astrology and astrological illustrations;
* Witchcraft, black magic and sorcery;
* Talismans, totems, fetishes and other apotropaic objects;
* Occult aspects of Jewish, Christian and Islamic art;
* Theosophy and modern visual culture;
* The visual and material culture of other occult movements;
* Surrealism and the politics of the occult;
* Spirituality and occultism in other avant-garde movements;
* Occult art, counter-culture and radical politics;
* Women artists and the occult;
* Gendered, sexual and ‘queer’ ramifications of esoteric art;
* Photography, spiritism, séances and automatism;
* The supernatural in avant-garde cinema;
* Occultism and magic in contemporary visual culture.” [via]

The Argument That Took the Wrong Turning: A Vindication of Priest/ess and Queer Gnostic Mass in Reply to T Polyphilus by Michael Effertz has arrived at the Reading Room, courtesy of the author, published by Luxor Media Group. This pamphlet is the author’s creation of a dialogue following chronologically after the review of Priest/ess by Hermetic Library fellow T Polyphilus. 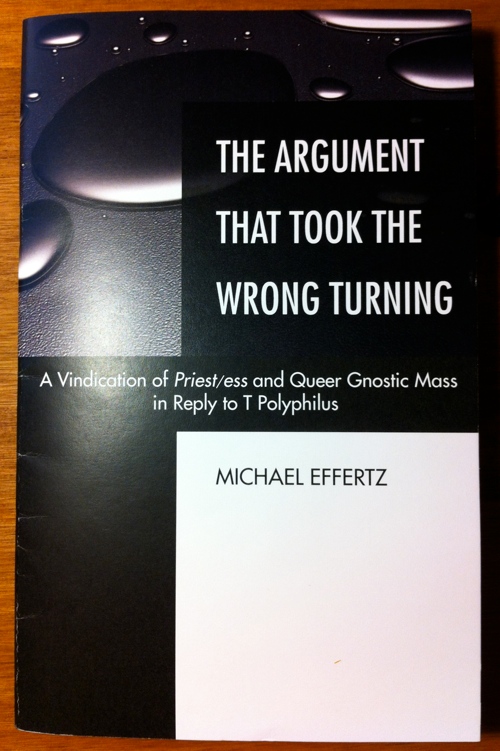 This pamphlet is only available with purchase of the newly announced Deluxe or the first 100 Trade limited editions of Priest/ess: In Advocacy of Queer Gnostic Mass, published by Luxor Media Group, all currently available from Weiser Antiquarian Books.

New theophiliacs post at “Islamic Mysticism: Sufism as Reconciliatory Movement” is a survey of Sufism as a mystical and reconciliatory movement within Islam.

“So, here is the discussion I want to have about this piece of research: Do you think mysticism is a common enough thread to open dialogue between religions? I am under the impression that most (all?) religions have their own mystics, so what about the human condition and pursuit for experiential knowledge of the divine drives mystics? I, again, cannot get over how many similarities exist between the development of Islamic orthodoxy and Christianity (no matter how loudly critics shout about the differences that do exist, and I do acknowledge that those differences exist).”