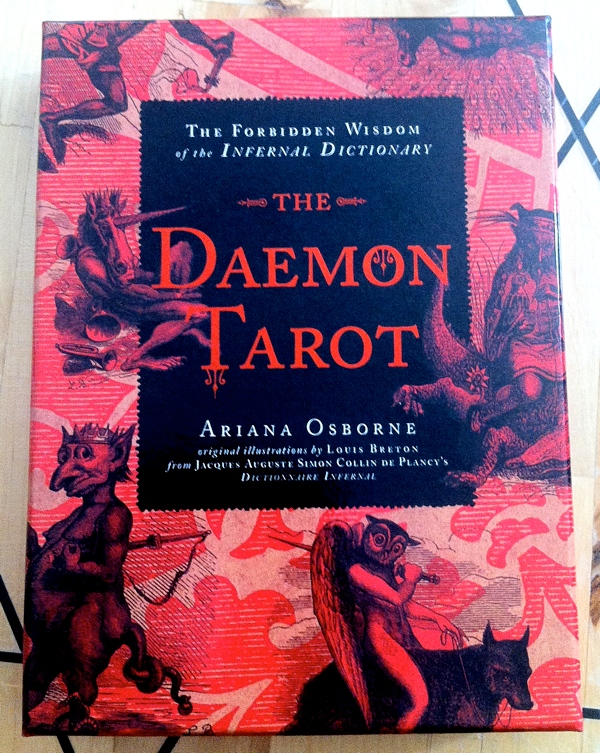 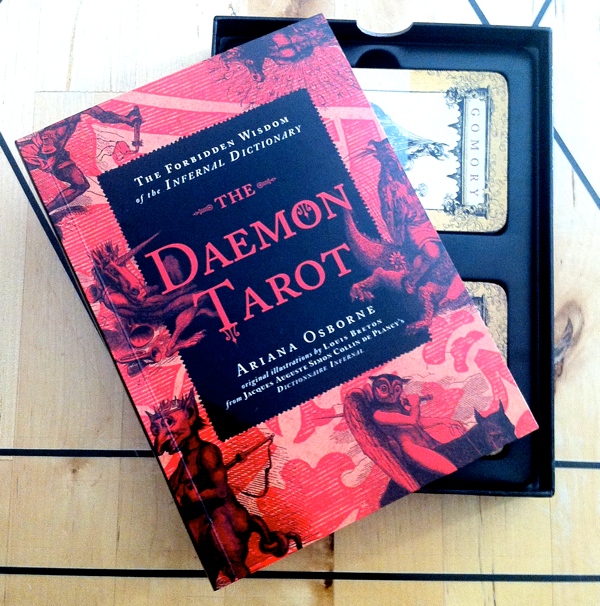 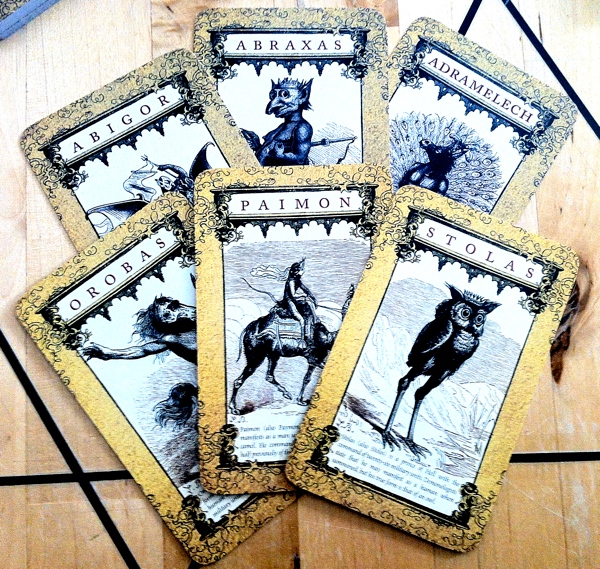 You may be interested in Cartes Infernales, a graphic design project by Ariana Osborne. It’s already fully funded with a month left to go, but that just means you know it’ll happen, right?

“Right to the point: I want to design and print a deck of 69 large (3.5″x5.75”), full-color cards, each featuring an illustration from the Dictionnaire Infernal. I’d also like to create a supplementary PDF for the deck, with all 69 card images and extended information about each. If you’re already familiar with the images I’m talking about, you can scroll down to the “accountability” section to see what this project would entail.”

“It’s my hope that people will want this deck and PDF for all sorts of reasons. I mean, sure, there’s the beautiful art — but I’m aiming to create something that’s useful for more than just looking at, too. I’m building a resource of art and information, for people that want inspiration for creating, or divination, or planning a gaming campaign. They might even be useful flash cards for Demonology 101. The beauty of it is that I get to restore something old, create something new, and then hear about all the wonderful things you can think of to do with it once it’s released into the world.”