Gravity Falls is a fun and amusing guity pleasure animated show with surreal, symbolic, and strange themes which maybe of interest. The show is on the Disney Channel and was created by Alex Hirsch, featuring the voice acting of Alex Hirsch along with others such as Kristen Schaal, Jason Ritter, Linda Cardellini, and John DiMaggio.

“The show follows the adventures of 12-year old twin brother and sister Dipper and Mabel Pines, whose parents send them off to their Great-Uncle Stan in the town of Gravity Falls, Oregon. “Grunkle” Stan lives in and runs The Mystery Shack, a tourist trap which charges visitors for a glimpse at the world’s most bizarre museum; but little do Dipper and Mabel know that there really is something very strange going on and they must rely on one another to find their way in this unfamiliar town.” [via] 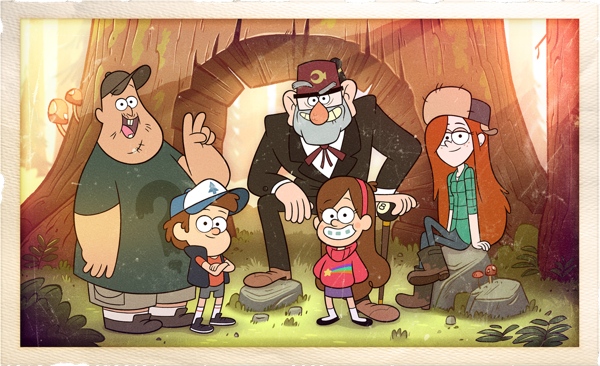 “Due to the many codes that are hidden within the episodes, a community of people called “Fallers” are attempting to uncover the mystery of Gravity Falls. An example of one of these codes is the image that was shown briefly after the theme-song, or the voice whispering a sentence at the end of the theme-song when it is played in reverse. There is the current occurrence of Freemason activity within the series, as “The Eye of Providence” is frequently shown on windows, objects, etc. This symbol is given personification as the character Bill Cipher, a powerful being that was summoned by the child psychic Gideon.” [via] 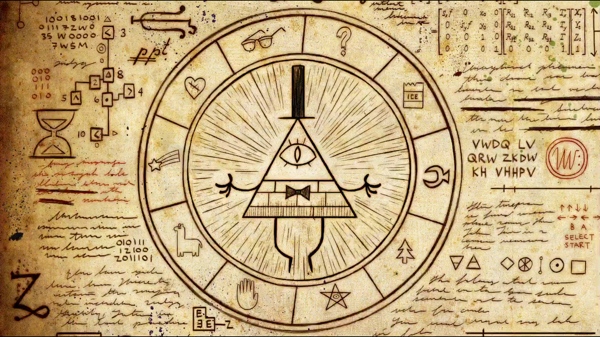