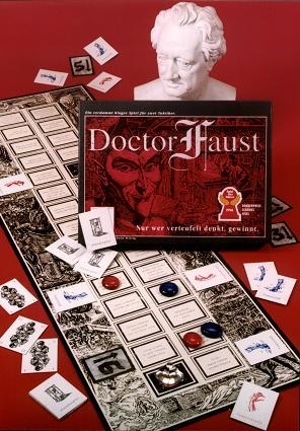 Hermetic Library fellow Colin Campbell has posted “Doktor Faust” over on his blog about his engagement with a volume called Magia Maturalis et Innaturalis by Dr Johann Georg Faust, the inspiration for Doctor Faust tales, which has been made available online by the Bavarian State Library.

“Firstly, there is a great amount of detail around demonology, which should not be surprising given the popular conception of Faust as having sold his soul. Page 26 of the first book contains a listing of the four demon kings of the cardinal directions (or “winds”), given as Urieus [sic: typo or mistranscription of Uriens], Paymon, Egyn, and Amaymon. These of course match those given in The Offices of Spirits (whose source is ultimately Folger MS V.b.26), as well as in Livre de Espirits (Trinity MS O.8.29), and other manuscripts. They are given differently in Goetia, save for Amaymon. Page 28 also makes note of the three great infernals, Lucifer, Beelzebub, and Satan, in the same order as Offices and many other manuscripts, as well as Astaroth and Beherit (Berith).

Quite interesting was the discovery of a version of the hexagonal Seal of Solomon in the fifth book (page 18), which is dedicated to sigils., as well as a variant of the Sigillum Dei (page 100). I have not yet begun to dig much deeper, but thought I would at least share, so if you are interested, you can begin your own foraging…” [via]