Hermetic Library Fellow T Polyphilus reviews Putting God Second: How to Save Religion from Itself by Donniel Hartman 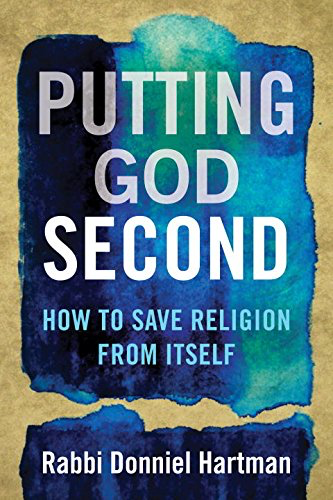 Putting God Second is a book on “How to Save Religion from Itself” (per the subtitle). Although the argument is constructed by a rabbi with reference to Judaism and drawing on Jewish sources, it is also addressed to other religions, all of which the author understands to be at risk from the same “auto-immune” problems that he sees afflicting his own tradition and community of faith. In particular, he is concerned with the relationship of religion to ethics, seeing ethical behavior as the highest aspiration of religion, but also observing that religion itself can motivate profoundly unethical conduct.

With respect to Judaism, author Donniel Hartman is unsurprisingly on solid ground. He makes a good case from the Tanakh and the Talmud to support the supremacy of ethics and social conscience over the received codes of religious conduct and even over conviction of the existence of the Jewish God. This particular religion, in addition to being the one which the author can address with authority, supplies particularly sore and evident contemporary cases of the failings that the rabbi seeks to highlight. Although it is not made an explicit site of the conversation, the injustice of the Jewish Israeli state’s dispossession of the non-Jewish inhabitants of that region is a constant presence in the background.

The other two Abrahamic religions, Christianity and Islam, are also vulnerable to the basic criticisms and cautions that Hartman raises. He discusses “God-intoxication,” where a sense of being commanded by the transcendent leaves adherents careless about the well-being of mere humans, and “God-manipulation,” where believers leverage their religious identities and dedication to “deserve” privilege and dominance over others. In a further section, he focuses on the range of cases “when scripture is the problem,” recognizing that the most revered texts contain words preserved for millennia that nevertheless clearly sanction unjust and appalling conduct. No matter how a clever exegesis may recuperate such passages for the benefit of sincere believers, ingenious readings do not remove the indelible hazard (and recurring damage) from a sentiment like Psalm 137:9: “Blessed be he that shall take and dash thy little ones against the rock” (in reference to the Babylonian oppressors).

Augustine of Hippo rationalized that the babies of the psalm were a figure of the germinal desires that would lead to sin. Curiously, Aleister Crowley took very much the same tack when first grappling with Liber Legis II:21. In explaining “Stamp down the wretched and the weak,” he proposed: “But ‘the poor and the outcast’ are the petty thoughts and the qliphothic thoughts and the sad thoughts. These must be rooted out, or the ecstasy of Hadit is not in us.” So, even for Thelemites, scripture can still be “the problem.” Nevertheless, I think that Thelema includes some useful countermeasures against the sources of Hartman’s concern. The danger of scriptural justifications and “God-manipulation” is decidedly blunted by the “Short Comment” to Liber Legis: “The study of this book is forbidden. … Those who discuss the contents of this book are to be shunned by all ….” Likewise, “God-manipulation” is undercut by the essential privacy of the essential attainment to which Thelemites aspire: the Knowledge and Conversation of the Holy Guardian Angel. And the doctrine of O.T.O. that “There is no god but man” should inoculate against both “God-intoxication” and “God-manipulation.” It is in no way clear, however, that ethical integrity is the ultimate goal of Thelema or of the general glut of religious systems, although it is common for many of them to justify themselves with ethical claims.

Although its arguments pertain especially to Western monotheisms, this fairly brief work is worth the contemplation of anyone interested in religion, and most particularly of clergy, who must concern themselves with the social consequences of the teachings they promote. [via] 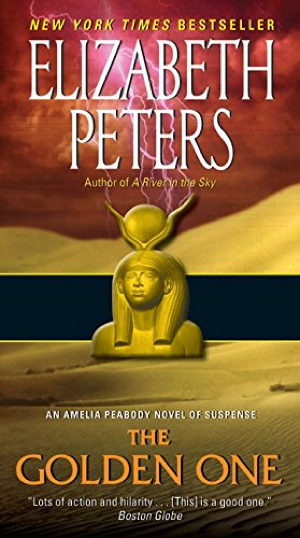 More than any other volume of the fourteen I’ve read so far, this Amelia Peabody book was a serial installment rather than a freestanding novel. There was not enough exposition to orient new readers to significant character interactions, and the superimposed plots, while all braiding nicely with the those established earlier in the series, did not cohere with each other in a way that would give the book a sense of unity. The usual archaeological intrigues, the family drama, and the World War I espionage all fit together nicely–only if you had been reading earlier books. It was also quite long, perhaps the longest of them so far.

I did enjoy it, though. A lot happened, including the introduction of some entertaining new characters, and the final 20 pages or so were full of portents for the volumes to come. [via]