the drugs they use to control my pain and mood sometimes make me see things. 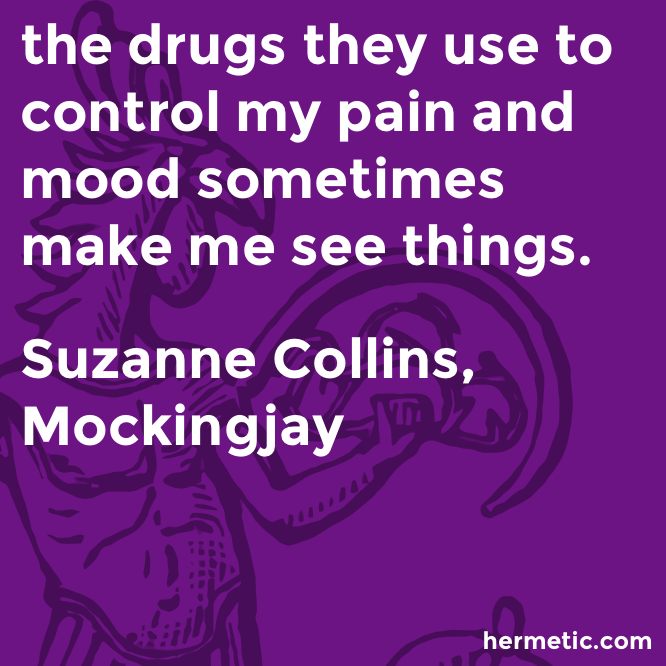 “Hey, how are you doing?” San Francisco-gracious, the noblesse oblige of those totally wiped out on drugs 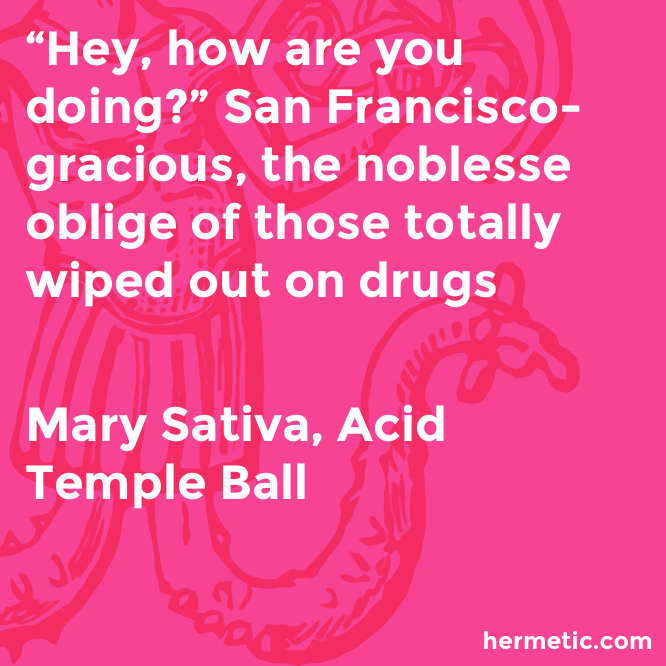 Sex and Drugs: A Journey Beyond Limits by Robert Anton Wilson, the 1987 first Falcon Press paperback edition, is part of the collection at the Reading Room.

This is the edition from the old Falcon Press. The book is now available from New Falcon Press as Sex, Drugs & Magick: A Journey Beyond.

“We all find it hard to believe that reality is as much our own creation as Professor Rogers’ research and poet Sandburg’s parable suggest. Conservatives, who pride themselves on having a ‘hard-nosed’ and ‘realistic’ attitude to the ‘brute facts’ of life, are suspicious of anything that introduces subjective elements or implies that the ‘brute facts’ may exist only in their own heads. Liberals, dogmatically committed to what they believe is scientific skepticism (mostly, in fact, popularizations of obsolete pre-Einstein physics), are wary of any idea that seems to open a door to ‘mysticism’ or (God forbid) traditional otherworldly religion. And radicals, of course, react like a bull toward a colored cloth when confronted with notions that imply (in Shakespeare’s words) that ‘nothing is but thinking makes it so,’ since that could easily lead to telling the poor that the proper mental attitude, and not more government spending, is the cure for their miseries.”

“As I said, this book cannot hope to end this perennial quarrel between the conservative Establishment and the adventurous young. All I reasonably can try to accomplish here, in treating mostly the sexual aspect of the drug revolution, is to shed light on these ‘benign, thoroughly charming, even glorious’ aspects of the alternate programs and alternate perceptions that certain drugs create. This should at least give the ordinary reader some insight into the motives of those who subscribe to the drug revolution, which is hardly the insane scramble for self-destruction portrayed by its most hostile critics.” — Introduction

Emperors of Dreams, By Mike Jay

“If a certain literary allure is present with both opium and marijuana (Theophile Gautier’s description of the food at Club des Hashishins is akin to synesthesia: ‘The water I drank seemed the most exquisite wine, the meat, once in my mouth, became strawberries’), this does not apply to ether, despite its advocacy by the Great Beast 666, aka Aleister Crowley. He maintained that by ‘breathing it as if it were the soul of your Beloved… you will perceive the heart of Beauty in every vulgar and familiar thing.'”

Off the top of my head I don’t recall where that quote is from, but there are a significant number of references to the use of Ether in The Magical Diaries of Aleister Crowley, so it could be in there:

“Note that Ether, imbibed during a positive process … simply strengthens & deepens one’s mental processes, enables one to carry out & carry on any proposed research of type appropriate. When one is taking Ether in silence & darkness, on the other hand, especially when one has not decided on any definite line of investigation, one is liable to these fits of wandering, mental disintegration, &c. This seems to me to suggest that Ether, like alcohol, but more so, emphasises the mood; it appears really dangerous to be slack & negative about it!” [via, p 48]

“It is a good example of the way in which Christianity has confused moral questions. It has made them unrecognizable. It requires endles analysis to disentangle the elements of the problem. It has taken me I cannot say how many hours each second of which was packed with thought at the highest pressure, assisted by Ether & absence of Heroin, merely to ask the simplest question about right & wrong to be imagined. It sounds paradoxical to say that I have simplified the ethical problem by defining Truth as one’s peculiar variety of Untruth.” [via, p 60]

I also note in passing about Ether that one of the points I gathered from The Book of Absinthe: A Cultural History was that many of the deleterious effects attributed to Absinthe might actually have been due to when people ran out of money they switched to Ether.

“The priest must be careful, however, to consecrate the Host in the orthodox manner. The wine has been adulterated with magical drugs like deadly nightshade and vervain, but the priest must convert it into the blood of Christ.” [via, also]

“How can there be any higher measure of success than to understand and realize ones own divine essence, and to manifest its glory? To accomplish the Great Work? To do your True Will as a god upon Earth? The wealth, status and fame so coveted by some are mere vain baubles in comparison: drugs to soothe a blind ego that cannot perceive, or will not recognize, its own essential divinity.

True kingship is realizing this.” [via]