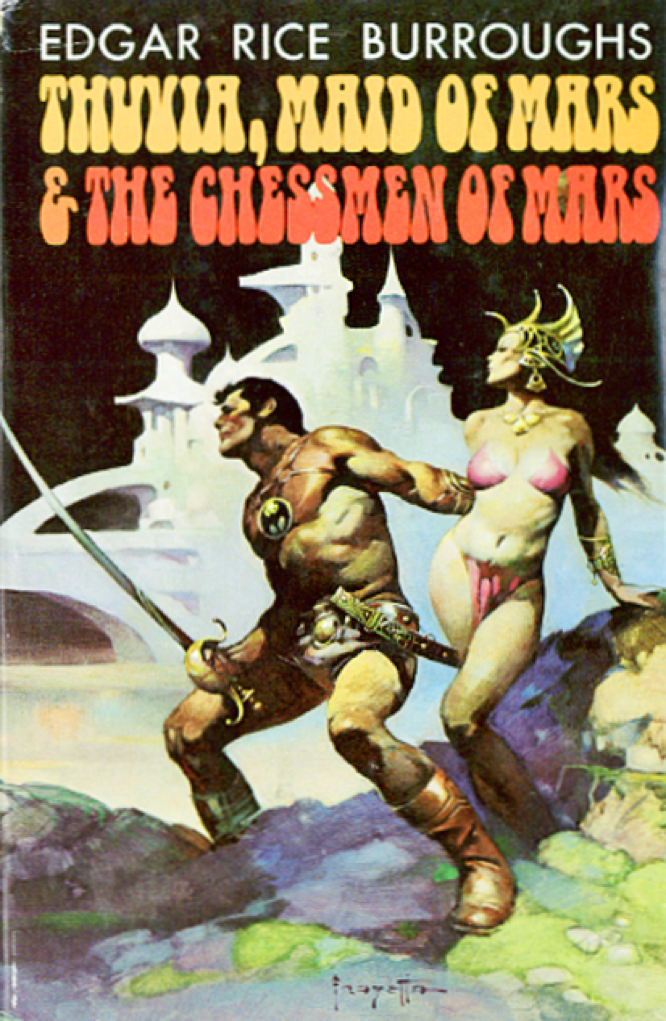 There’s an Arabian Nights quality to the narrative here: not only adventure, but a sort of wistful exoticism that I hadn’t recalled as a feature of these Burroughs stories.