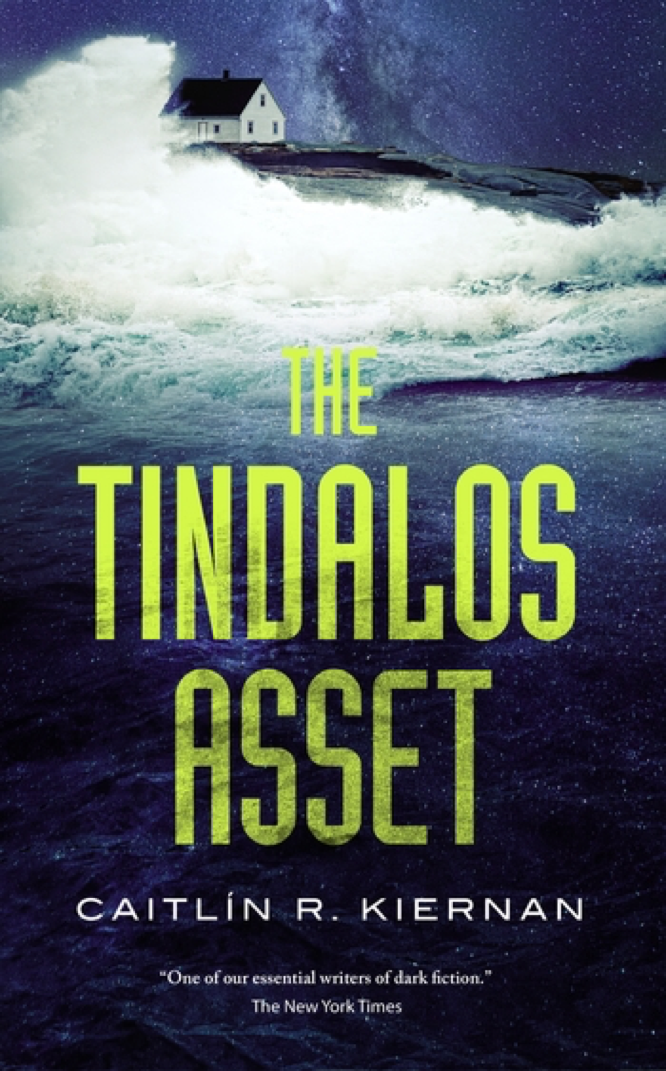 The Tindalos Asset is the third and likely final slender novel in Kiernan’s Tinfoil Dossier series. It introduces a new central character, while pulling along several from the earlier books. This character Ellison Nicodemo is the “asset” of the title, a subordinate agent of the deep black intelligence directorate referred to as “Albany” in this series. Usage in this book shows that the “Dreamland” of the previous volume’s title does also denominate this same outfit. (I had noted its ambiguity there.)

I was startled that the title of the first chapter was a quote from Leah Hirsig–but Kiernan seems to have received it via its use as a song title by Coil: “Paint me as a dead soul.” In the appended author’s note, they list all the music that was integral to the composition of the story (168). It’s no secret that these books are built around neo-Lovecraftian yog-sothothery, and this one is as much as anything an updated and re-imagined “Call of Cthulhu,” with generous bits of “Dagon” and “The Shadow over Innsmouth.” Frank Belknap Long’s “The Hounds of Tindalos” is of course a significant source as well, and Kiernan ties its notions to the Manhattan Project, among other space-time problems.

Following the precedent in Black Helicopters, this book’s chapters are episodes presented under dates that are not in linear sequence, ranging from 1956 to 2151. The chronological core of the story is in January 2018, around the time it was written. This sort of time-loose montage effect has a self-similar relationship to the entire Tinfoil Dossier series, and I think the books could be read with enjoyment in any order. Indeed there seems to be some confusion among readers about the sequence of the first two books, since Black Helicopters, the one Kiernan calls “first,” was expanded and re-published as a series element after Agents of Dreamland.

Looking back on the series as a whole, its mixture of the weird horror Lovecraft canon with espionage and a certain measure of sympathy for the “monsters” is a common ground with other recent/current series: the Laundry Files of Charles Stross and the Innsmouth Legacy of Ruthanna Emrys. Kiernan’s more experimental style definitely makes these books distinctive, though. There really aren’t any of the comedic elements that Stross uses, and there’s more of a high-tragic sensibility despite the fact that the Tinfoil Dossier books are much shorter than their comparanda.

This work is rife with extra-textual and inter-textual allusions, which supply a lot of the enjoyment. Given its manageable size and convoluted presentation, I think there is a good chance I could return to it in the future for a profitable re-read.