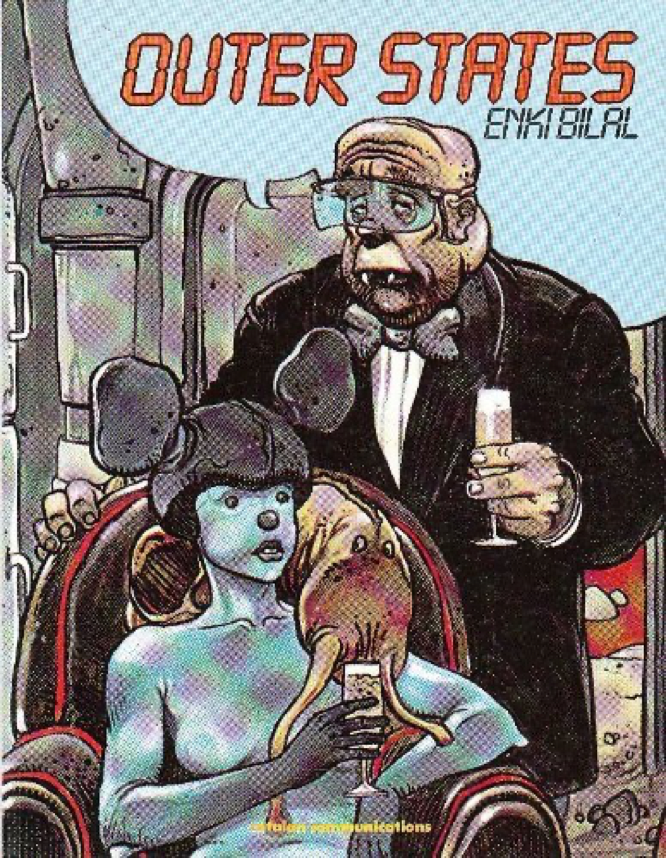 Outer States is a collection of eight science-fiction comic shorts by Enki Bilal, ranging from two to ten pages each. A couple of them express loose continuity by alluding to a single extraterrestrial race, but mostly they stand alone on the basis of generic SF conventions of interstellar exploration and conquest.

The full-color production on glossy paper is pretty good, although there are instances where there has been a failure to fully efface the French text beneath the English translations. Bilal’s art is gritty and effective. On the whole, the view presented is a bleak one, and the final page of each story typically involves the gory demise of one or more principal characters.