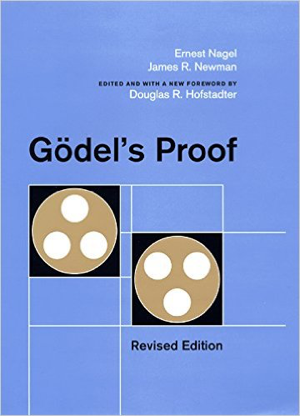 The authors provide an overview of Kurt Gödel’s 1931 proof regarding axiomatic demonstration in arithmetic. Gödel constructed his proof on the basis of Principia Mathematica by Whitehead and Russell, but this treatment does not presume a familiarity with that text. It does, however, place Gödel’s work in the larger context of efforts to axiomatize arithmetic, an agenda notably defined by David Hilbert. The first five chapters set the stage for Gödel’s proof in the history of mathematics and philosophy, while the fifth chapter discusses a critical idea underlying the operation of the proof. The long sixth chapter discusses the actual techniques and conclusions of the proof itself. A valuable final chapter outlines the larger implications and consequences, most especially and usefully discouraging misreadings which amount to “an invitation to despair or an excuse for mystery-mongering.” (101) Interestingly, a secondary conclusion that they do support, is that algorithmic computers are unlikely ever to attain the equivalent of human consciousness. Gödel himself took his proof as support for a position of philosophical Realism, although it’s not conclusive in that regard.

For anyone interested in the beauty of logic or the elegance of math, the mechanisms of Gödel’s proof are impressive. This book by Nagel and Newman reads quickly–for a math book. The reader must be prepared to slow down and spend five to ten minutes on a page when getting into the thick of the mathematical concepts in use. The reward of doing so is an appreciation of an intellectual event that provided a turning-point in the philosophy of knowledge. [via]