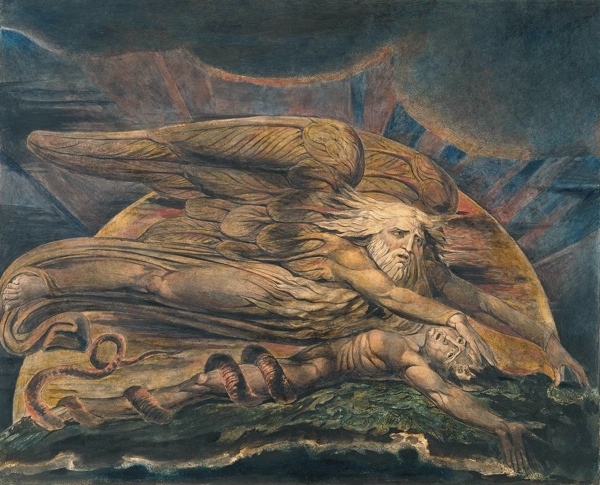 I previously mentioned Witches and Wicked Bodies, a show at the Scottish National Gallery of Modern Art, in Edinburgh, Scotland. 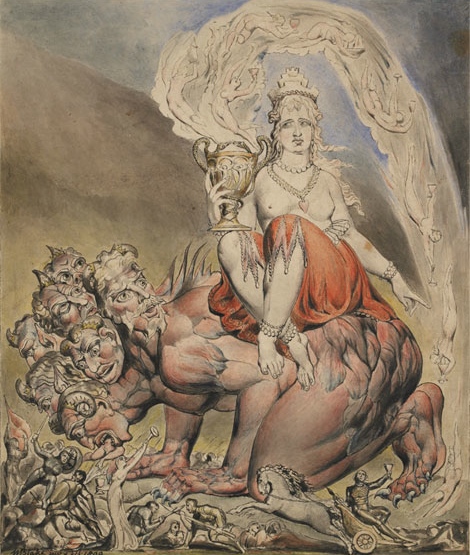 For the Martian Chronicles exhibit and The Bartzabel Working performance

For the Martian Chronicles is an exhibit at L & M Arts in their West Gallery space located in Los Angeles. This overall exhibit includes works by a number of artists, such as Kenneth Anger, Brian Butler and Cameron Parsons.

“L&M Arts is proud to present For the Martian Chronicles, an exhibition that pays homage to the late writer Ray Bradbury (1920-2012), who in the 1940’s lived in a home located on the current L&M Arts property.”

“Curated by Yael Lipschutz in honor of Bradbury and his journey into the red unknown, the exhibition will include the original manuscript of The Martian Chronicles …” [via]

The exhibition itself will feature a nightly film loop that includes films from Kenneth Anger’s Invocation of My Demon Brother, Brian Butler’s Night of Pan.

Tonight, on Tue, Dec 4th from 8:30p–11:30p, there will be a special performance of The Bartzabel Working by Brian Butler, actor James Franco and others.

“Based on a ceremonial evocation of the spirit of Mars, first written and performed in London in 1910 by the famed British occultist Aleister Crowley, the ritual later became part of Los Angeles history in 1946 when Jet Propulsion Laboratory rocket scientist and Crowley protégé Jack Parsons conducted his own version of this rite, with the intention of placing a martial curse on a pre-scientology L. Ron Hubbard.

For his reinterpretation of this historical performance, Butler will conjure Bartzabel, the spirit of Mars, evoking the site that was once home to the late sci-fi author Ray Bradbury and currently comprises L&M Arts. The ritual will have Butler as Chief Magus, leading a cast drawn from his upcoming feature film King Death and featuring Henry Hopper as Assistant Magus, Noot Seear as Magus Adjuvant, and James Franco as Material Basis, the vessel though which the spirit of Mars manifests.

The performance will take place on Tuesday, December 4th at 8:30pm, followed by a reception with tunes courtesy of DJ artist Eddie Ruscha and a choreographed performance by artist Nana Ghana and Future Eyes.” [via, also]

I mentioned the Tarot, Mystics and the Occult Exhibition previously. I just noticed an announcement that pre-orders for an actual tarot deck are now available. You may be interested in checking that out.

Each 78-card boxed set of the Light Grey Tarot comes with a 32 page guidebook that walks through all of the meanings, symbolism and details of each card, plus instructions on how to read several classic Tarot spreads. The cards are approximately 2.75 inches x 4.75 inches (nice and tall!)” [via] 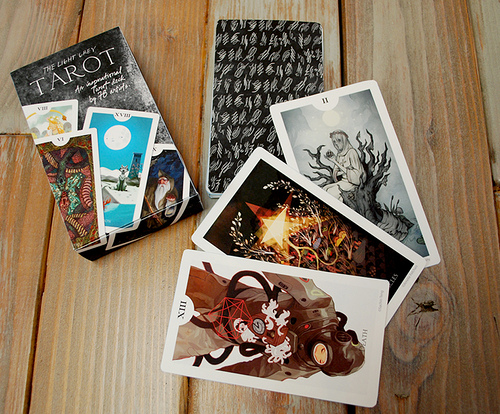 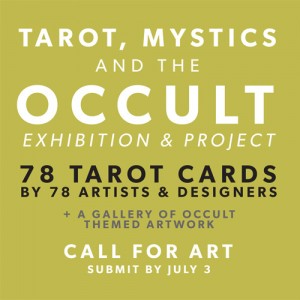 “As you may have guessed, we’re going all out for this show. We’re looking to really fill the gallery with mystical, magical and incredible pieces -and- the space will be filled with fate-tempting booths with live tarot readings and other fortune-telling and mystical experiences! For this project: Each artist selected for the Tarot exhibition will be exhibiting an incredible large-scale print of their work and we’ll also be publishing a limited quantity of fully illustrated Tarot Decks containing the work of all 78 artists, just for this occasion!” 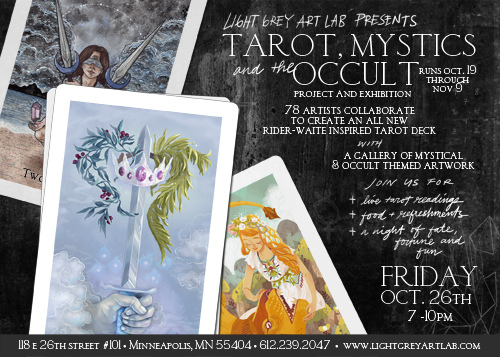 The Nightmare Paintings: Aleister Crowley is an exhibition of Aleister Crowley works in Australia. Currently there doesn’t appear to be much information available about the exhibition, but you may be interested in the limited edition exhibition catalogue, of which only 666 will be made and is scheduled for November 2012.

If you’re in Europe, anywhere near Strasbourg, you may want to see Europe and the Spirit World or the Fascination with the Occult, 1750-1950 which runs through Dec 12, 2012.

“‘Europe and the Spirit World or the Fascination with the Occult, 1750-1950’ is a cross-disciplinary exhibition exploring the influence of the occult on artists, thinkers, writers and scholars throughout Europe, at decisive moments in the history of the modern world. The exhibition is organized into three sections:

– The creative arts: painting, drawing, sculpture, print-making and photography, the literature of the irrational and unexplained.

– The relationship between occult phenomena and the scientific world, through key scholarly figures and thinkers, and an examination of their experiments and scientific instruments.

With some 500 works of art, 150 scientific artefacts, 150 books and 100 documents from a host of European countries, Europe and the Spirit World will be presented in a dedicated 2500-m2 space at the the Museum of Modern and Contemporary Art of Strasbourg.” 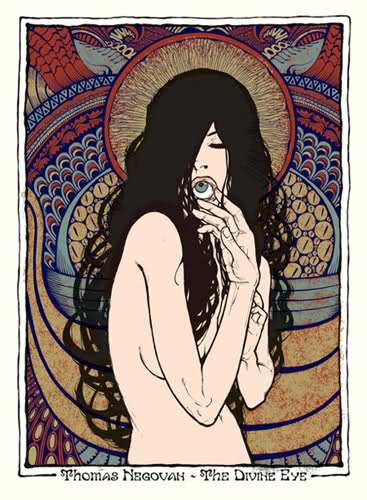 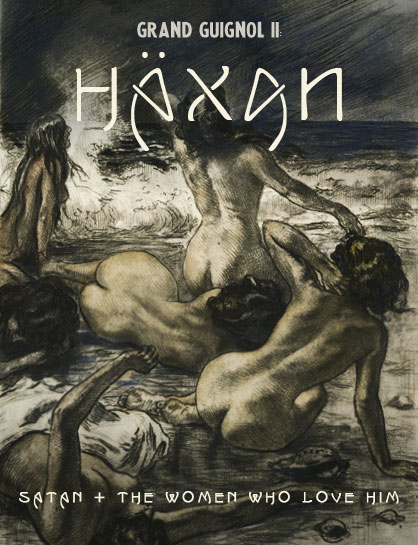