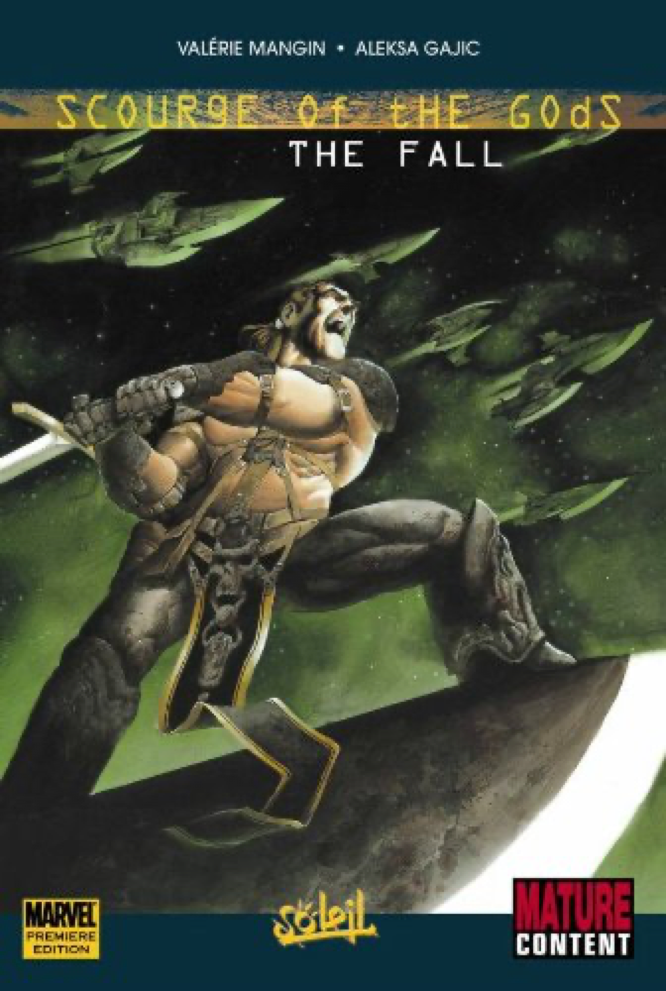 This collection brings the story begun in Scourge of the Gods to a satisfying conclusion. On reflection, the whole thing is pretty cinematic, and could make a rather epic screen feature. The art is still as beautiful as that of the previous volume, but I must admit that the bleaching that accompanies Flavia/Kerka’s further apotheosis made her a degree less sexy to me.

Scourge of the Gods – The Fall is a fun read, but it would not be worth the bother in the absence of the previous volume, which establishes the setting and the relationships among the central characters.