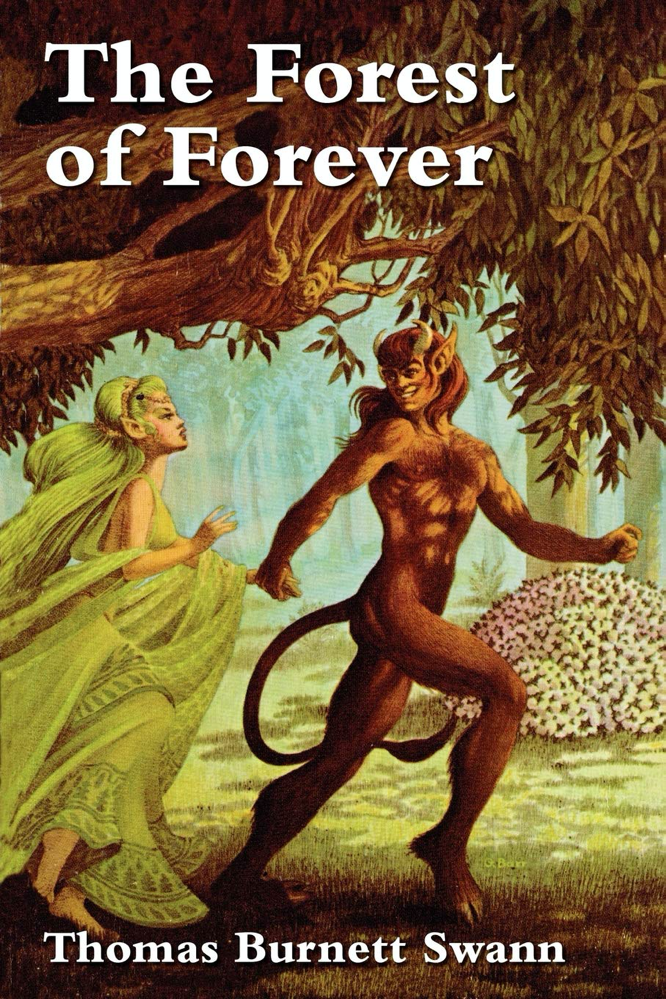 Thomas Burnett Swann’s Minotaur trilogy was written and published in the reverse of its narrative chronology. By chance, I have been reading these in the narrative sequence, starting with Cry Silver Bells. But The Forest of Forever is second no matter which way you count. The book is divided into two parts, each of which is effectively a novella, titled “Eunostos” and “Aeacus,” the names of two principal characters. Eunostos is a minotaur, the last of his kind in the Land of Beasts. Aeacus is a human Cretan prince. The whole is narrated by the 360-year-old dryad Zoe, who also is the speaker in Cry Silver Bells.

“Eunostos” is largely an adventure story, centering on dryad peril, in which the minotaur plays the hero. “Aeacus” is a slower tale of affections and disappointments, circulating through a few linked households in the Land of Beasts, and reaching its climax at the royal court in Knossos. The book is typical of Swann, set in his fantasized antiquity with intelligent non-humans and a relaxed sense of happy carnality.

As with several other Swann books, this one is illustrated with line art from George Barr. The drawings are attractive and apt, but in my 1971 Ace pocket paperback edition, there has been no care to align them with the texts that they represent, or even to sequence them according to the narrative.