Hermetic Library Fellow John Michael Greer reviews The Manual of Harmonics of Nicomachus the Pythagorean by Nicomachus of Gerasa, translation and commentary by Flora R Levin in the archive of Caduceus: The Hermetic Quarterly. 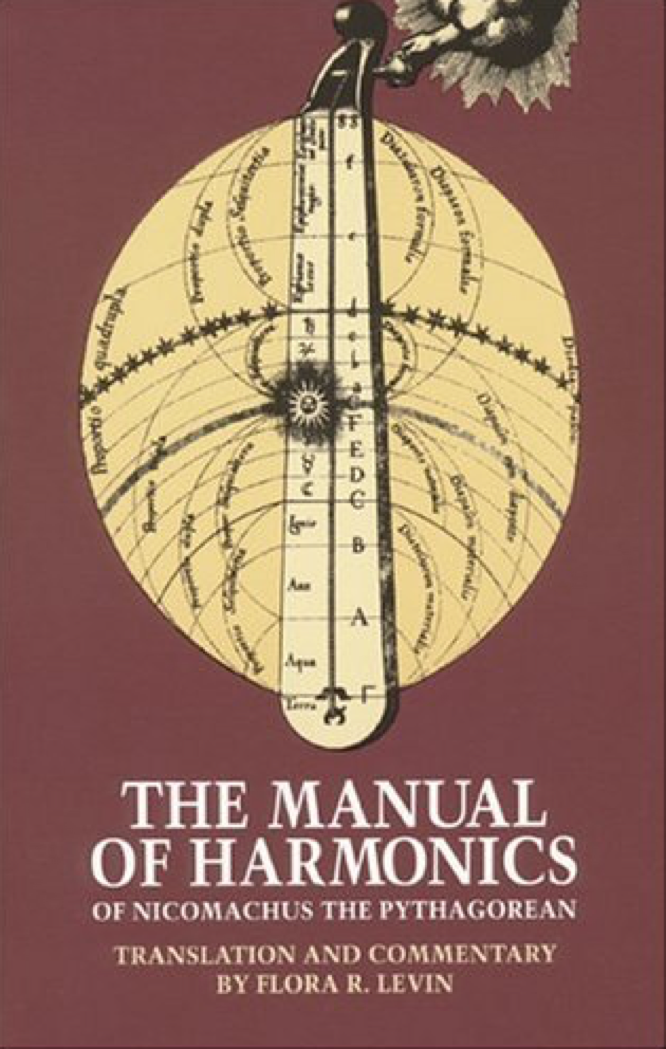 The Manual of Harmonics, an introduction to musical theory by the Pythagorean philosopher Nicomachus of Gerasa, forms part of Phanes Press’ continuing project of publishing important texts in the Pythagorean and Neoplatonic traditions. Music held a central place in Pythagorean thought, as a bridge between the apparent abstractions of mathematics and proportion, on the one hand, and the realm of sensory experience on the other, and an ancient handbook of musical theory from one of the major figures in the Pythagorean tradition is thus a useful contribution.

Nicomachus’ manual itself is a fairly brief document, a summary of basic concepts in ancient musical theory. Lewin’s extensive and able commentary on each chapter, however, goes considerably beyond this, relating the manual to its contexts in musical theory and science, in Pythagorean thought, and in the life and culture of the ancient world. Manual and commentary together form what is quite probably the best introduction available to this subject. The book as a whole is scholarly but accessible to the nonspecialist, and deserves the attention of anyone interested in the Pythagorean tradition or the philosophical and esoteric aspects of music.