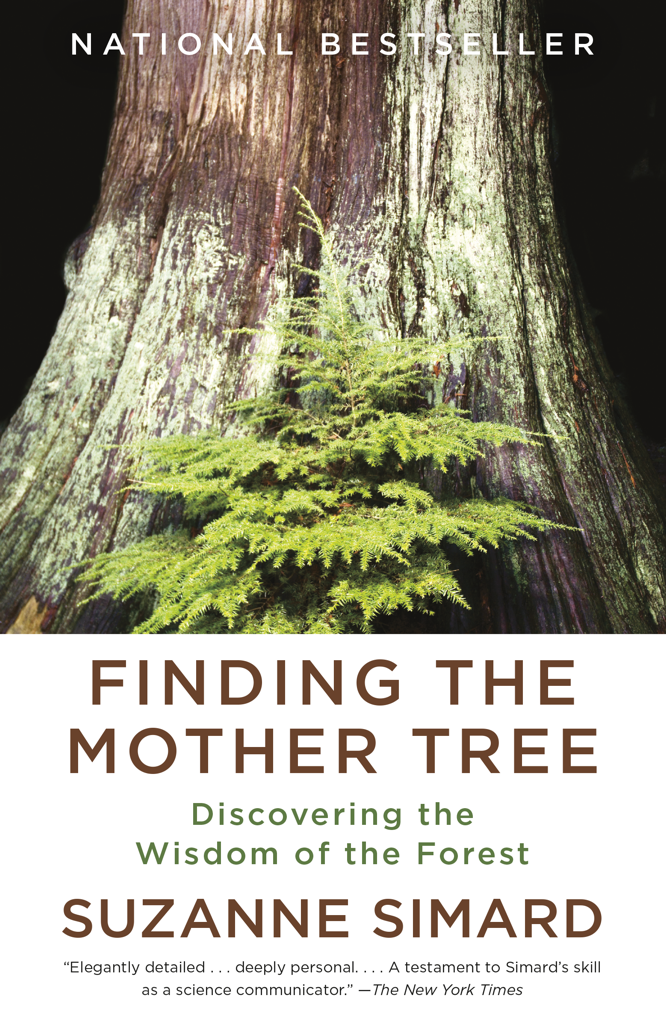 This volume should stand as the magnum opus text of forest ecologist Suzanne Simard. It’s hard to estimate the relative proportions of narrative memoir and silvicultural science here, in part because one of Simard’s themes is to challenge mechanistic-exploitative science divorced from narratives recognizing the agency of trees and forests.

The book’s most obvious theme is cooperation as a paradigm for forest growth and health. Simard communicates this idea very effectively. Despite her decades of efforts to get this perspective to inform policy and industrial practices, she still struggles for it to have traction in forestry management. She has been more successful among academics and the general public. It’s clear that there are actual elements of competition in natural ecology, but the conceptual exclusion of cooperative mechanisms is a debilitating fault that Simard’s work has consistently sought to address. (She doesn’t much bother to explain, but it is hideously obvious, that this feature in her field is derived from industrial capitalism and entrenched in neoliberal outlooks that create analogous damage on many other levels as well.)

On the philosophical level–again, inextricable from the memoirist content–I was reminded of Haraway’s Staying with the Trouble, although the emphasis here on unrecognized complexity and interdependence strikes me as more sophisticated than Haraway’s slogan of “Make kin, not babies.” Simard’s trees seem to understand that they need to make kin (in Haraway’s sense) in order for their babies to thrive, and to make babies in order to perpetuate their constructive relationships with their kin.

The key (but far from only) scientific takeaway of the common mycorrhizal network as the material stratum of a forest’s collective intelligence is pretty thrilling. In other venues, she has referred to this collaborative vegetable-fungal matrix as an “underworld.” It is easy for me to imagine cultural evolution of local humans to appreciate this reality without the benefit of the sort of alienating experimental science that Simard has needed to use in validating and justifying her hypotheses. She claims that First Nations lore tallies with her discoveries.

After reading the book, I watched one of Simard’s successful TED Talks on YouTube, where I saw her rehearse some of the powerful anecdotes included in this book. She’s an adequate public speaker, although she confides in writing that she finds it an unpleasant ordeal. What holds the attention is the awareness she has to impart, and for me, the book medium was more effective. Not only did it supply a fuller explanation of the scientific ideas, but it also put her personal stories into the context of a life arc of professional challenges, intimate relationships, personal survival, and family affections.