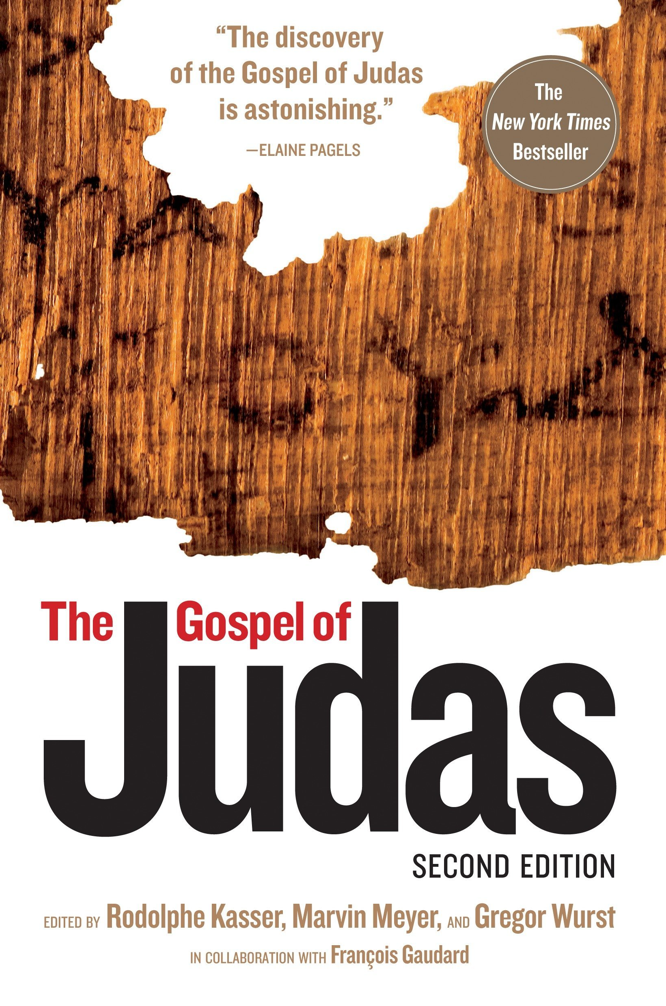 This volume presents a full English translation of the surviving text of the Gospel of Judas from the Codex Tchacos, with evaluative and interpretive essays by several conspicuous modern scholars of Gnosticism, all of whom (except for Ehrman) were party to the edition presented. That word “surviving” is key, because, as Rodolphe Kasser details in his contribution, the Codex Tchacos was subjected to the most pernicious effects of antiquities speculators in the 20th century. Much of the text is now missing or illegible as a result of damage sustained in the last few decades.

Like the Nag Hammadi Codices, to which it is clearly kin, the Codex Tchacos appears to consist of Coptic translations of Greek texts. The Gospel of Judas is the third of these, and represents an expression of Sethian Gnosticism. Gregor Wurst, in his useful essay making the case for identifying this text with the “Gospel of Judas” mentioned by the ancient heresiologist Iranaeus of Lyon, suggests that it is one of the earliest such texts available to us today. In fact, I think he sets a false limit on how early it could be. He writes that it could not have been written earlier than the canonical Acts of the Apostles (ca. 93 C.E.), because it refers to the event of Judas’ replacement among the twelve apostles. But surely this overlooks the possibility that Judas and Acts could share a narrative source — or even (though I doubt it) both be grounded in prior facts! The earliness of the Gospel of Judas and its likely translation from a Greek original are reasons to hold out hope that a more complete version may someday be recovered.

Bart Ehrman’s essay is a primer of wide scope regarding the contents of the Gospel of Judas, which presumes a minimum of prior knowledge on the part of the reader. (One conspicuous feature of the text that Ehrman fails to note is its strident rejection of ritual sacramentalism.) The concluding essay by Meyer is more sophisticated, and helpfully draws comparisons with other literature of ancient Gnosticism, as well as Hellenized Judaism and Middle Platonism. All of the essays are very accessible, and the whole book can be read in just a few sittings.

Even in its degraded present condition, the Gospel of Judas is treasure comparable to the most provocative of the Nag Hammadi texts, or to the Bruce Codex materials, preserving scripture that was valued by the Gnostics who were eventually suppressed by what became Christian orthodoxy. This book serves as a well-constructed introduction for popular audiences to the good news of the man who sacrificed Jesus. May they go and do likewise.