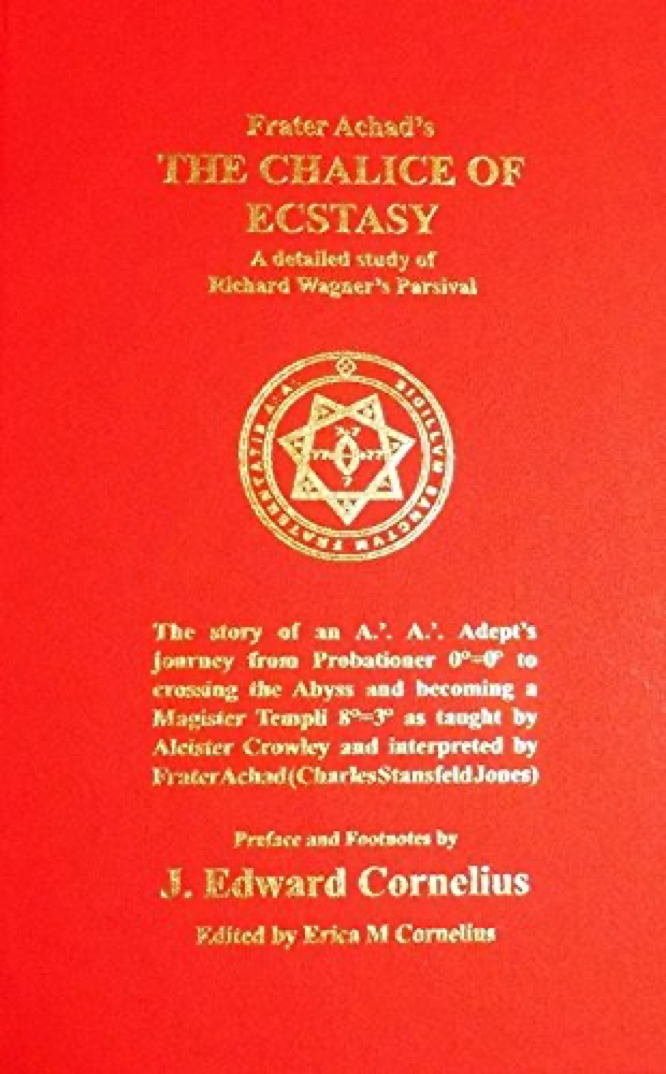 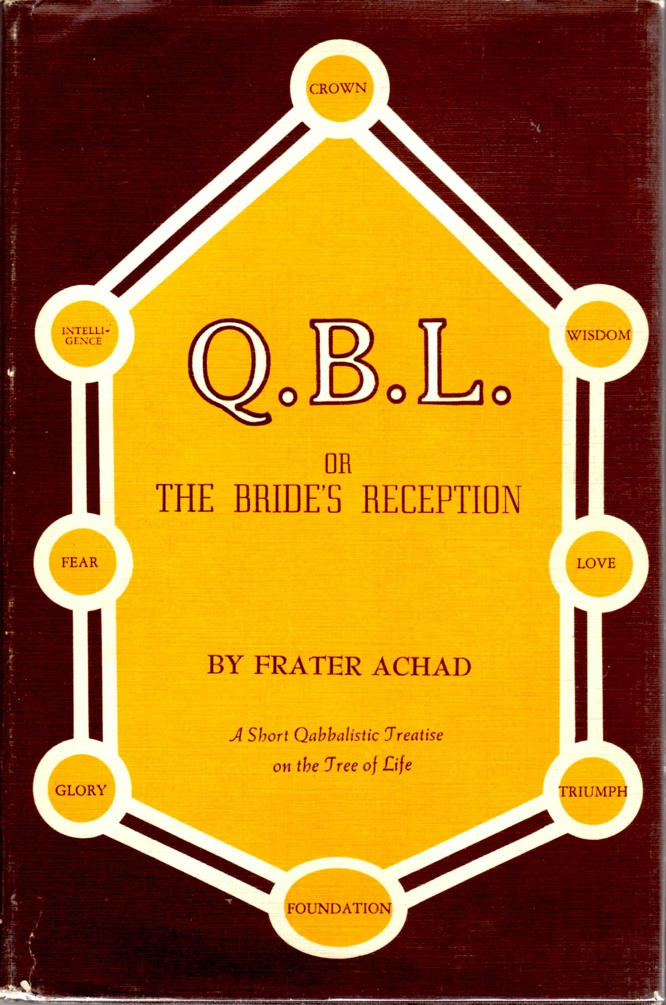 The main body of this volume is an adequate primer on the hermetic qabala. Charles Stansfeld Jones reproduces nearly verbatim the heuristic theory of qabala originated by his spiritual father Aleister Crowley, with its central metaphor of the ‘filing cabinet.’ (Crowley himself did not publish this theory until several years later in Magick in Theory & Practice.)

Most notable, however, are the appendices to this book, where Jones first advanced the scheme of his “restored” Tree of Life, revising the entire system of qabalistic correspondences on the basis of his individual intuitions. Crowley was disappointed in the general style of the book, and criticized its unorthodox content as “imbecility.” In obvious allusion to Jones, he wrote in Magick in Theory & Practice:

“One who ought to have known better tried to improve the Tree of Life by turning the Serpent of Wisdom upside down! Yet he could not even make his scheme symmetrical: his little remaining good sense revolted at the supreme atrocities. Yet he succeeded in reducing the whole Magical Alphabet to nonsense, and shewing that he had never understood its real meaning.”

Jones went on to affirm and develop his Restored Tree in later works: The Anatomy of the Body of God and The Egyptian Revival. But Crowley’s criticism was well-founded; and Jones’ insistence on an idiosyncratic system of correspondences, cutting himself off from deep precedent symbolism, was in fact symptomatic of his tendency to “shut himself up” in the false emanation of Knowledge. Despite the occasional embrace of the Restored Tree by later magicians (Benjamin Rowe is a signal instance), Jones’ peculiar filing cabinet sits in an shadowy office where little real work is done. [via]

The Summer 2013 / An IVxxi issue of Wand, the journal of Coph Nia, a local body of Ordo Templi Orientis in the valley of Eugene, OR, whose body master is Hermetic Library fellow David Richard Jones, has arrived courtesy of that body and is now part of the collection at the Reading Room. 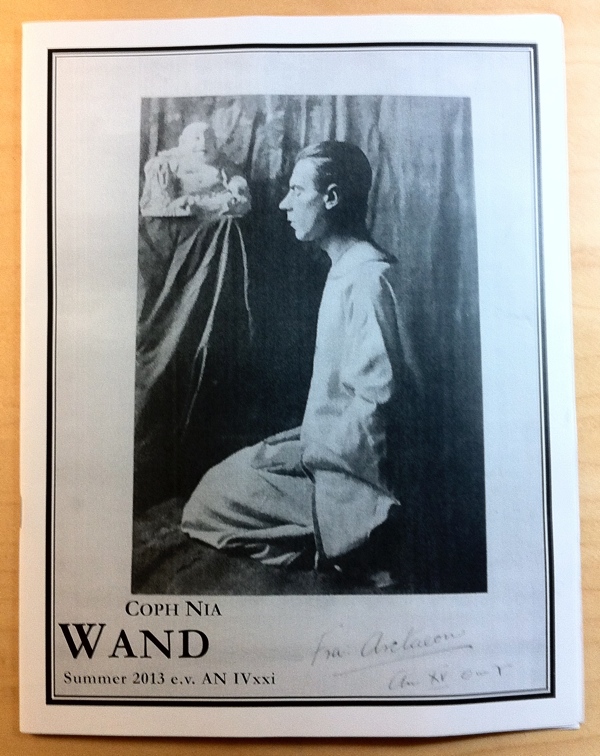 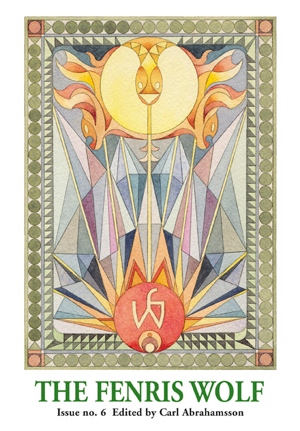 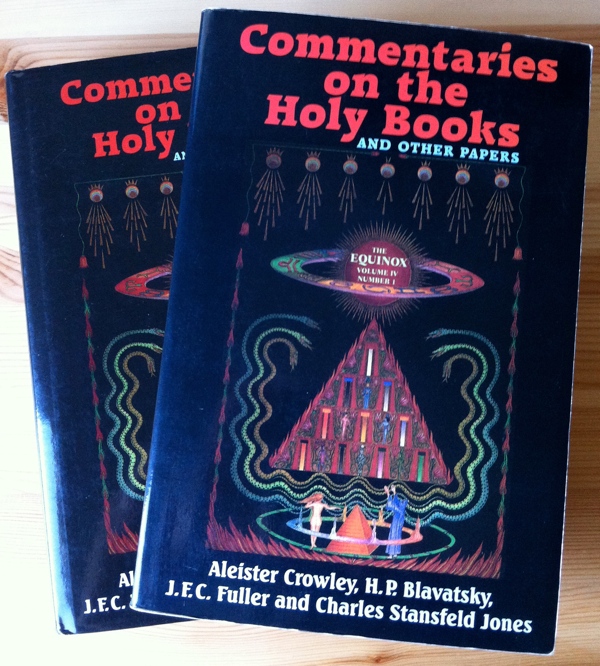 “The Ruby Tablet is a periodical featuring reprints of articles from esoteric magazines and journals from the past. The subjects covered in each issue are drawn from the esoteric genre such as Alchemy, Hermetic, Enochian, Kabbalah, Tarot, Martinism, Masonry, Rosicrucian, etc.

The fifth issue of The Ruby Tablet features a number of articles on the Zodiac. We are also printing a five-part article on The Rosy Cross in Russia by A Russian. This issue has parts one and two and it will be concluded in the next issue. We have reprinted Frater Achad’s interesting ritual on the Conjuration of Kronos. Also featured are esoteric papers on Abracadabra, Pasquales and his Elus Cohen, Astrology, Kabbalah, and the Laws of the Brotherhood of the Rosicrucians.

“The Ruby Tablet is sold without a set price and is on the honour system. We will let you decide what to donate, based on what you feel The Ruby Tablet is worth. We propose a minimum donation of $5.00. Below is a button that will take you to our donation page.”

Approaching the Kabbalah of Maat

Approaching the Kabbalah of Maat by Don Karr, with a foreword by Colin Low, published by Black Jackal Press (an “offshoot” of Teitan Press), is now available from Weiser Antiquarian Books. For launch week, this first edition hardcover, limited to 416 numbered copies, is available at a discount, and comes with a bookplate signed by the author. 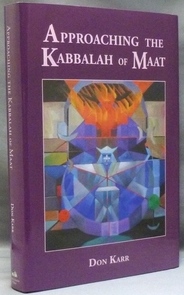 Approaching the Kabbalah of Maat explores three radical expressions of modern goddess-inclusive occult theory and practice that evolved in the late twentieth century. Drawing from the same broad esoteric lineage that produced Aleister Crowley, Frater Achad, and Kenneth Grant, Maat magicians and theosophists such as Nema, Aion, 416 and others, developed new concepts of personal and cultural evolution, weaving æonic theory and kabbalah into revolutionary tenets and practices. The text is supplemented by transcriptions of original documents, diagrams and artwork by individuals and groups involved in Maatian practice, including a significant collection of material from the Thelemically-inclined occult order, the OAI. The book also offers a well-researched history of the esoteric streams that gave rise to the progressive/subversive methods of Maat magick, and the broader cultural movements and upheavals which also contributed to them.

The author, Don Karr, is a well-known scholar of the hermetic arts. He is the co-author of two books in the acclaimed Sourceworks of Ceremonial Magic Series (with Stephen Skinner) and is also the author of numerous articles on Jewish mysticism and its influence on the Western esoteric tradition. New book thus Fine in Fine Dust Jacket.” [via]

Christ and the Mega Therion

You may be interested in Christ and the Mega Therion a book compiled by T Allen Greenfield, and that includes materials by Greenfield and Frater Achad, Charles Stansfeld Jones. It’s not clear what unpublished materials are in the contents from the description, but this may be worth checking out.

“Being a shocking attempt to reconcile the visions of enlightenment from one age into another, including a previously little-known essay by Frater Achad, some tales of the Aeon of Osiris and others of the Aeon of Horus, that the Son of Righteousness shall shine in the Mythos of the Aeon of the Crowned and Conquering Childe. Contains previously unpublished material from Frater Achad (Charles Stansfeld Jones) and T Allen Greenfield.” [via]