Gravity grew such radiant adornments, its morbid simplicity compared to snakes, its secret wars torn from hidden promises, and all the while the only things that float defy nothing. 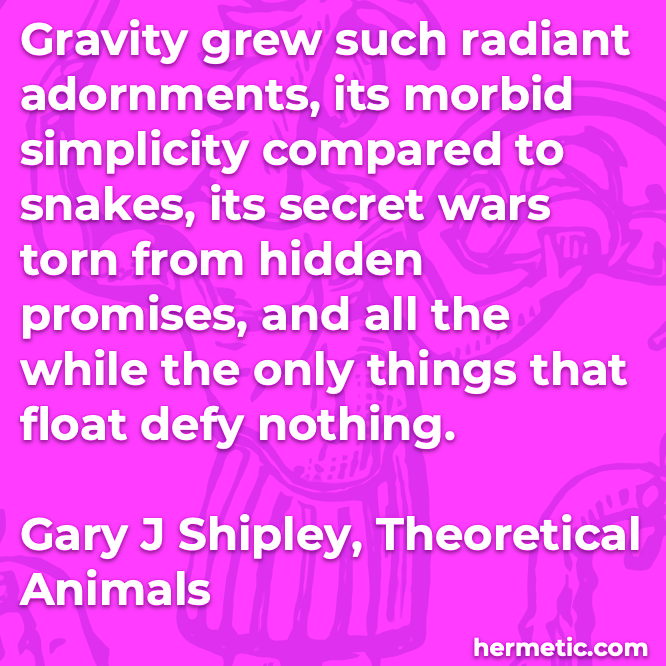 the dirty rituals of sanity 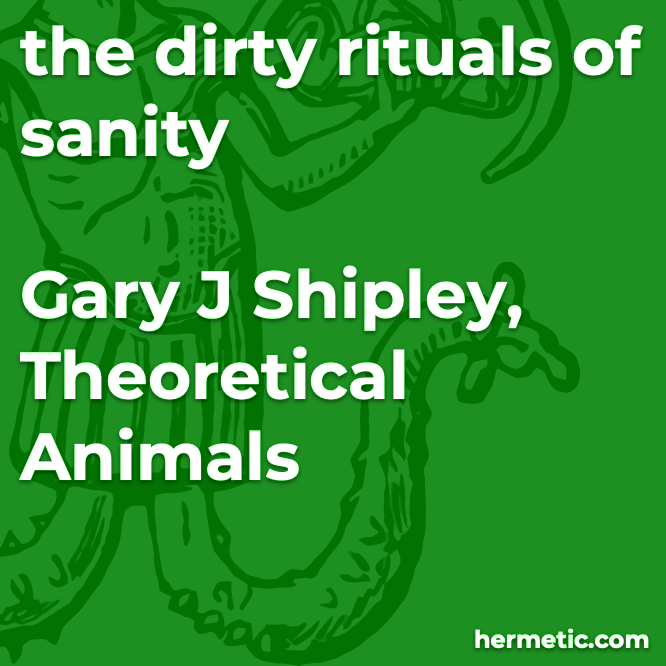 Blood-eyed wretches faint in spectacles of rank worship, their blue bodies reeling, the obscene ceremony nothing but formless candle fat. Shadows fall over the dark flowers, trumpets sound in the deserted cloisters, and projected mysteries die in a storm of little words and dancing willows flushed of heaven. 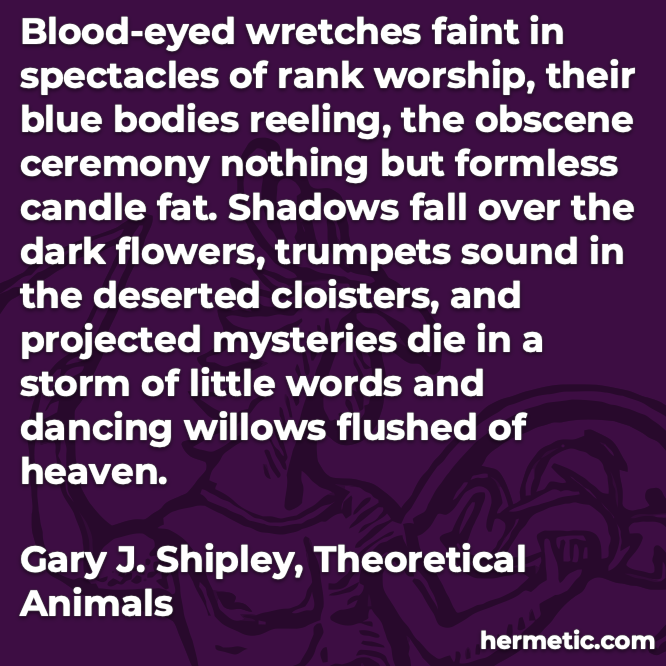 God is not loyal only to human flesh. 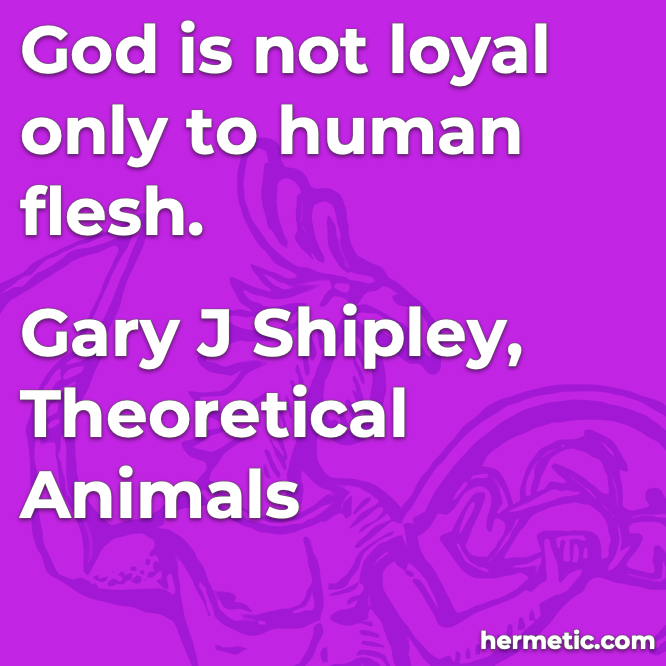 We converse drily without speaking and are of similar appearance: gnarled pieces of soulless wood adrift in the drink, hooded, hook-nosed, pale skin coddled in a dark cradle. 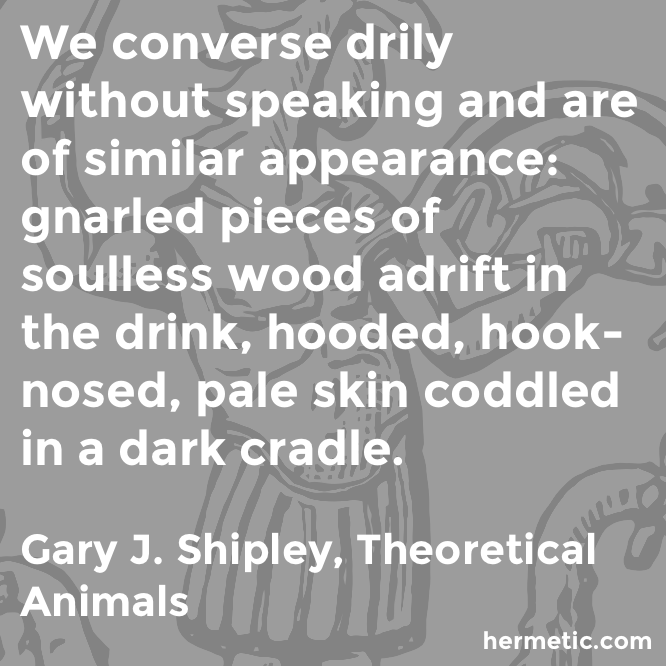 Horrored steamboats allied with ragged years, and outlines of muffled faces in autumn waters. I see nothing instant. 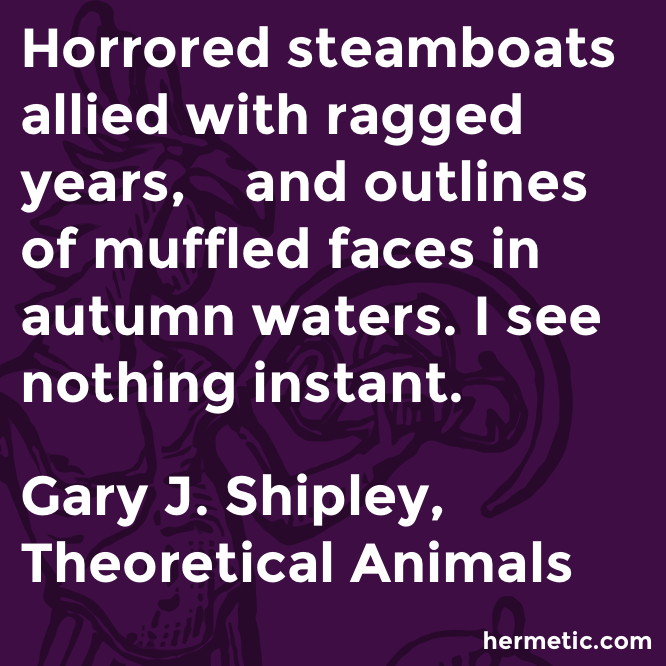 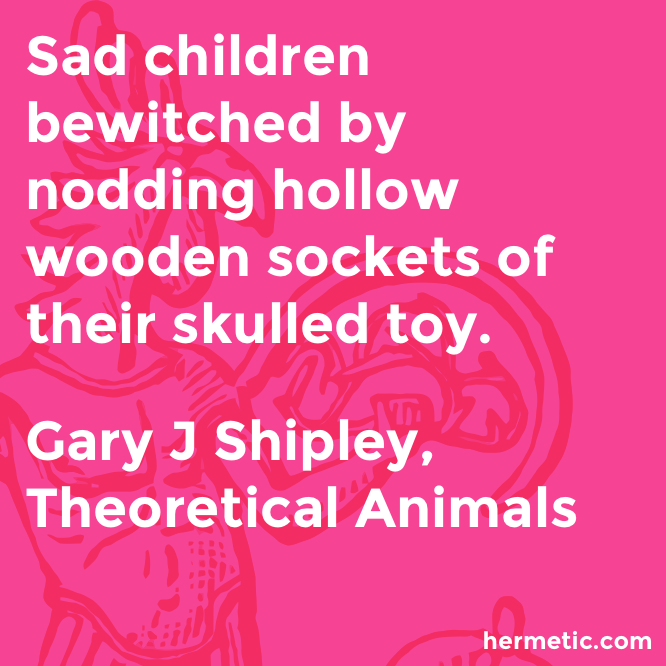 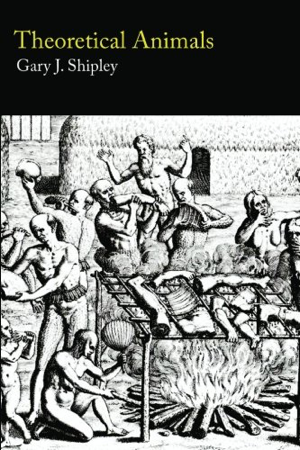 I picked up Gary J Shipley’s Theoretical Animals because a quote from something else Shipley wrote related to Cyclonopedia Studies came up in a conversation so I wanted to check out a full work by him. I got this one because it was an inexpensive short ebook. This turns out to be literary performance art; it has merits but also isn’t for everyone. In editing something, I suppose, there’s a choice whether to fine tune and sharpen the story into a concise narrative or to go the other way and obfuscate and bloat the shit out of it. Don’t get me wrong, both have merits; but Shipley picked and stayed his particular course for this one. For this story, with interesting reflections for me of Farmer’s Riverworld in that there’s a kind of artificial stream of humanity stuck in a mysterious situation, Shipley went for obfuscation. There was lots of interesting turns of phrase, though the vocabulary was not dense; but the story, for me, got lost in a generally unsuccessful experimental outcome. On the other hand, this may be of timely interest to those watching the remake of Westworld, as it has a certain trippy theme of who’s a real human among those stuck in an artificial world … but with more cannibalism and bodies floating in the waters of this Lethean hellscape.