Lethe allows us oblivion of our former experience and happiness, but also of our prejudices and sorrows. 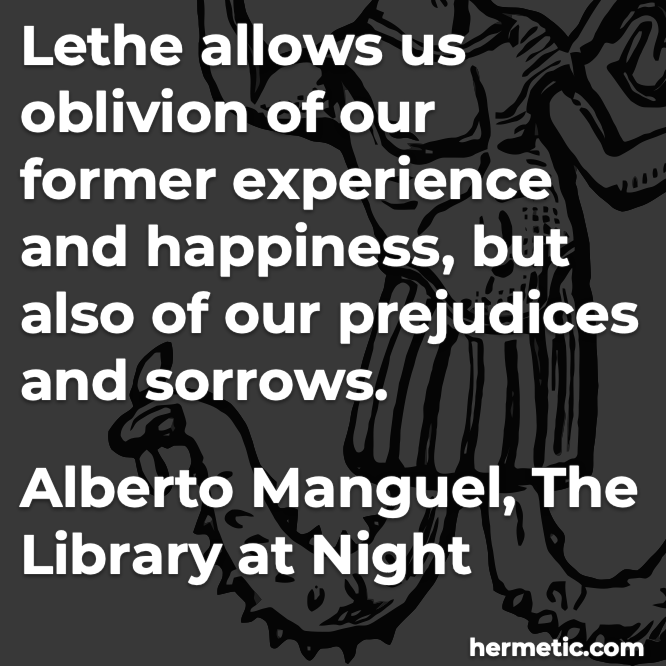 since he had read the Word, the Word was now lodged inside him, even if he had not met the Author; that he had become the Book, the Word made flesh, through that little bit of the divine that the craft of reading allows to all those who seek to learn the secrets held by a page. 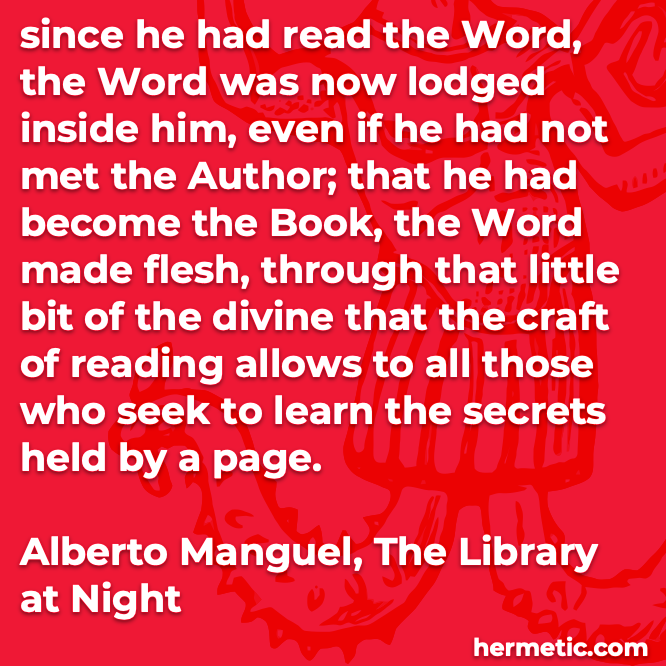 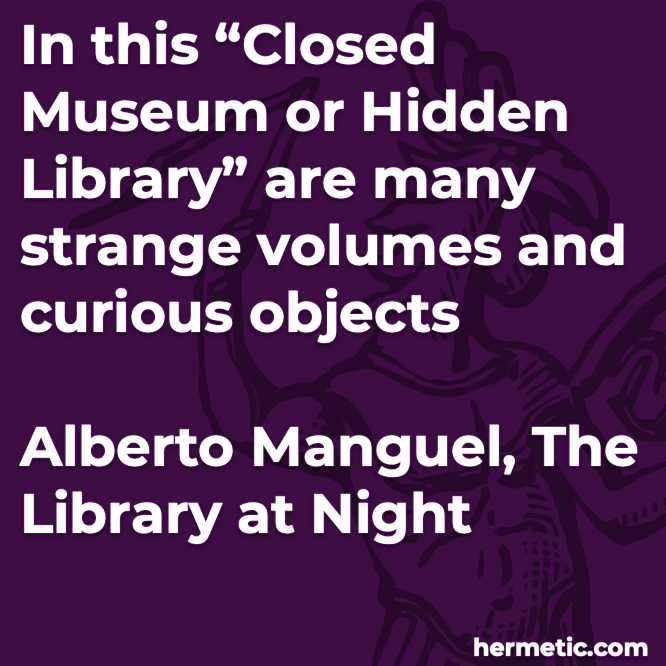 Reading and its rituals became acts of resistance; as the Italian psychologist Andrea Devoto noted, “everything could be treated as resistance because everything was prohibited.” 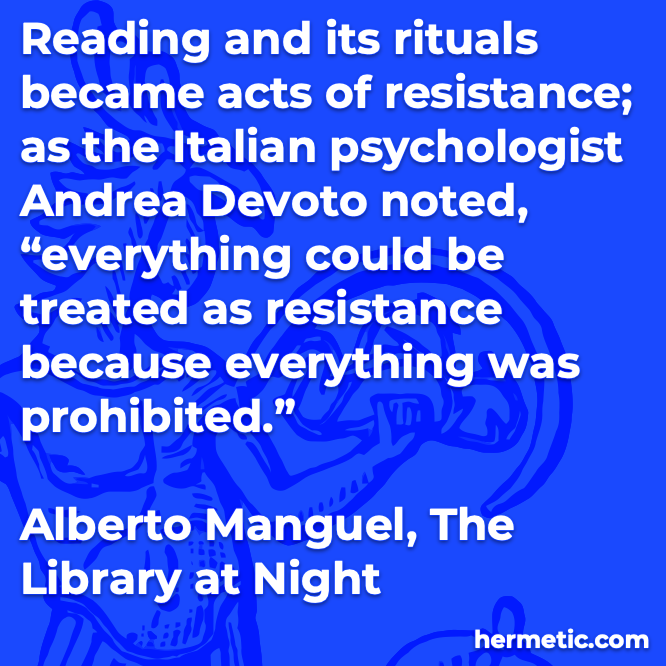 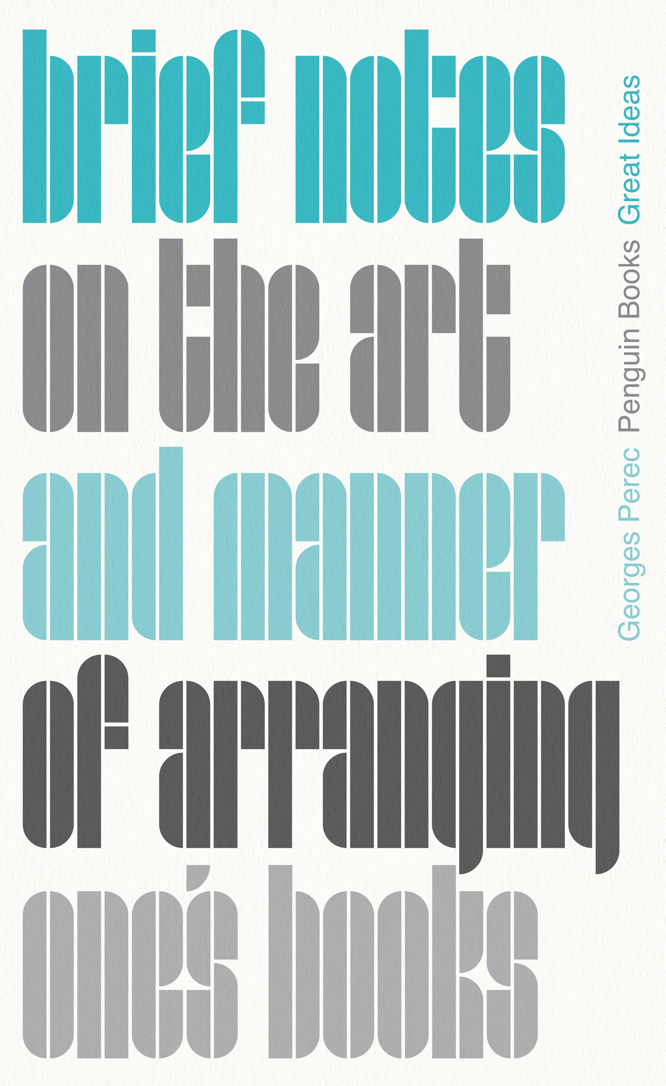 The past (the tradition that leads to our electronic present) is, for the Web user, irrelevant, since all that counts is what is currently displayed. Compared to a book that betrays its age in its physical aspect, a text called up on the screen has no history. Electronic space is frontierless. Sites-that is to say, specific, self-defined homelands-are founded on it but neither limit nor possess it, like water on water. The Web is quasi-instantaneous; it occupies no time except the nightmare of a constant present. All surface and no volume, all present and no past, the Web aspires to be (advertises itself as) every user’s home, in which communication is possible with every other user at the speed of thought. That is its main characteristic: speed. 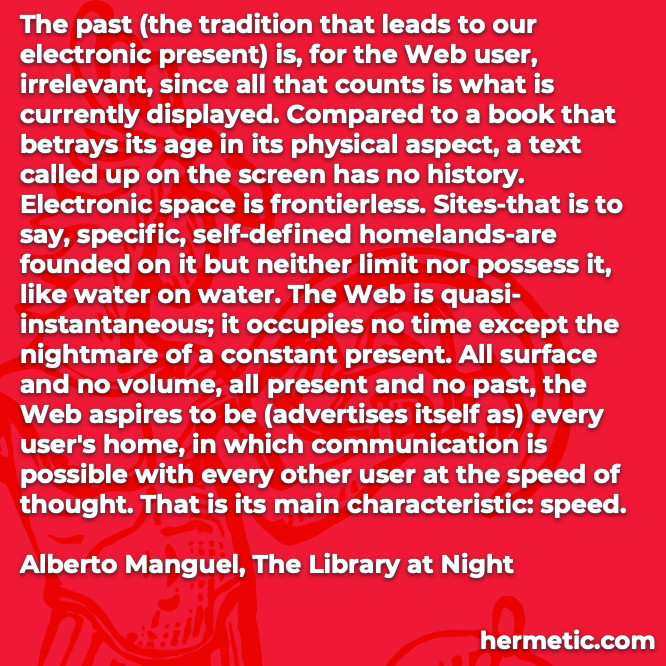