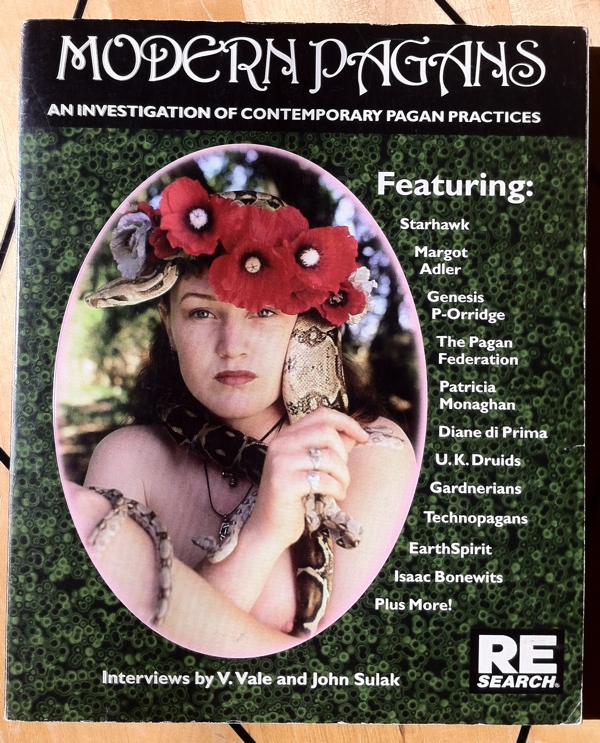 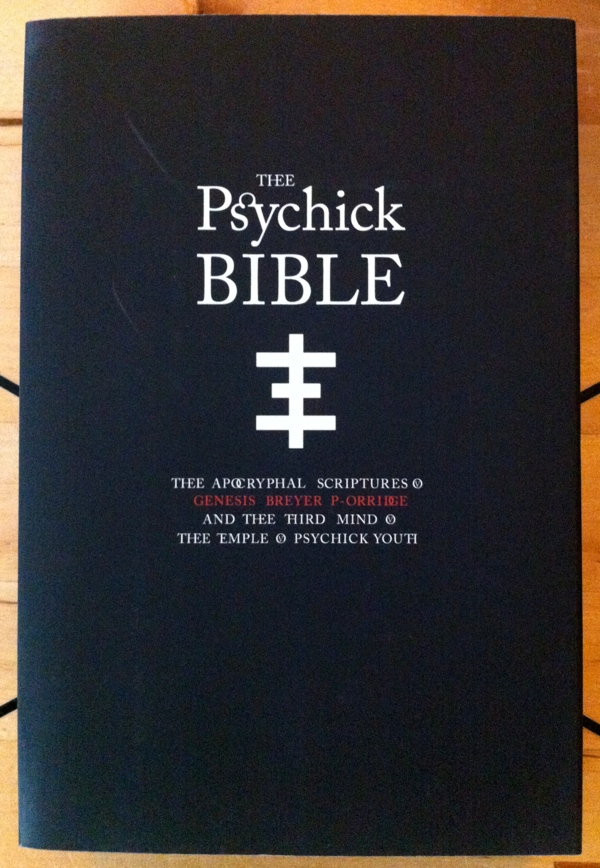 “Thee Temple ov Psychick Youth (TOPY) will be remembered for its crucial influence on youth culture throughout the ’80s and ’90s, popularizing occult investigations, tattooing, body piercing, acid house raves, and other ahead-of-the-curve cultic flirtations and investigations. Its leader was Genesis P-Orridge, co-founder of Psychick TV and Throbbing Gristle, the band that created the industrial music genre.

Thee Psychick Bible is an extraordinary collection of ‘occulture’ texts and images from the TOPY period and today. We have to agree with Genesis when he said that this book may be ‘the most profund new manual on practical magick—taking from its Crowleyan level of liberation and empowermeant of the individual to a next level of realization that magick must then give back to its environment, its community…'”

Portable Darkness: An Aleister Crowley Reader is part of the collection at the Reading Room. 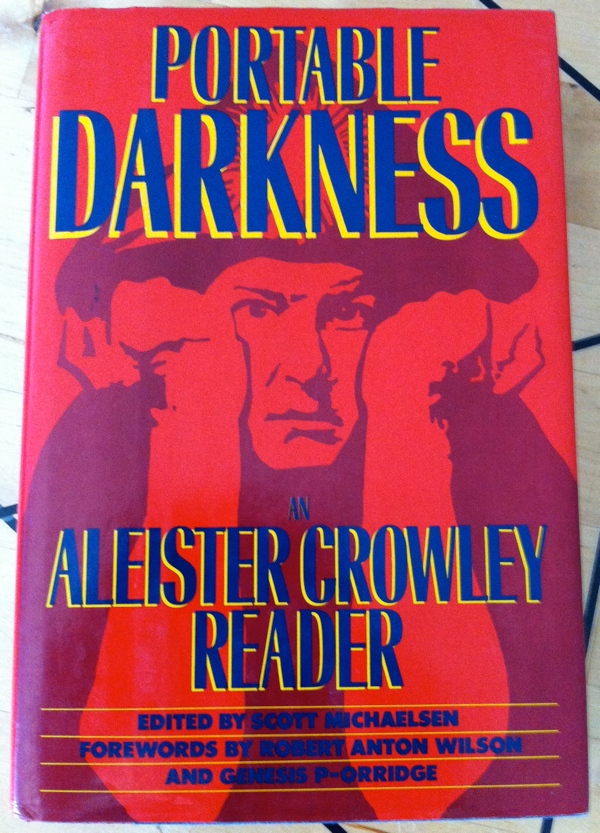 This is the 1989 first edition hardcover which still retains material removed from later editions, including De Arte Magica Liber CDXIV (Book 414). This book was edited by Scott Michaelsen and has forewords by Robert Anton Wilson and Genesis P-Orridge.

“Nude Supper” by COUM Transmissions from The Sound of Porridge Bubbling

“COUM Transmissions were a music and performance art collective who operated in the United Kingdom from 1969 through to 1976. Influenced by the Dada artistic movement, COUM were openly confrontational and subversive, challenging aspects of conventional British society. Founded in Hull, Yorkshire by Genesis P-Orridge, other prominent members included Cosey Fanni Tutti, Peter ‘Sleazy’ Christopherson and Chris Carter, who together went on to found the pioneering industrial band Throbbing Gristle in 1976.

It had a rotating membership, not atypical of the 1960s, and included both intellectual and criminal elements and existed formally from 1969 until 1976. In that year, they exhibited at London’s Institute of Contemporary Arts in a show called Prostitution, which consisted of explicit photographs of lesbians, assemblages of rusty knives, syringes, bloodied hair, used sanitary towels, press clippings and photo documentation of COUM performances in Milan and Paris. There was a lot of outrage expressed by London newspapers and UK politicians, including Tory MP Nicholas Fairbairn, who referred to COUM as the ‘wreckers of Western civilization’. However, memberships to the ICA increased sharply as a result of the COUM show.” [via]

“And that will happen in this country too. They’ll have to negotiate with the poor people eventually. Although this will be the last country in the world, probably.”

“There’s going to be a response. I don’t want to say revolution, because I don’t know what form it will take. But, there will be a response.”