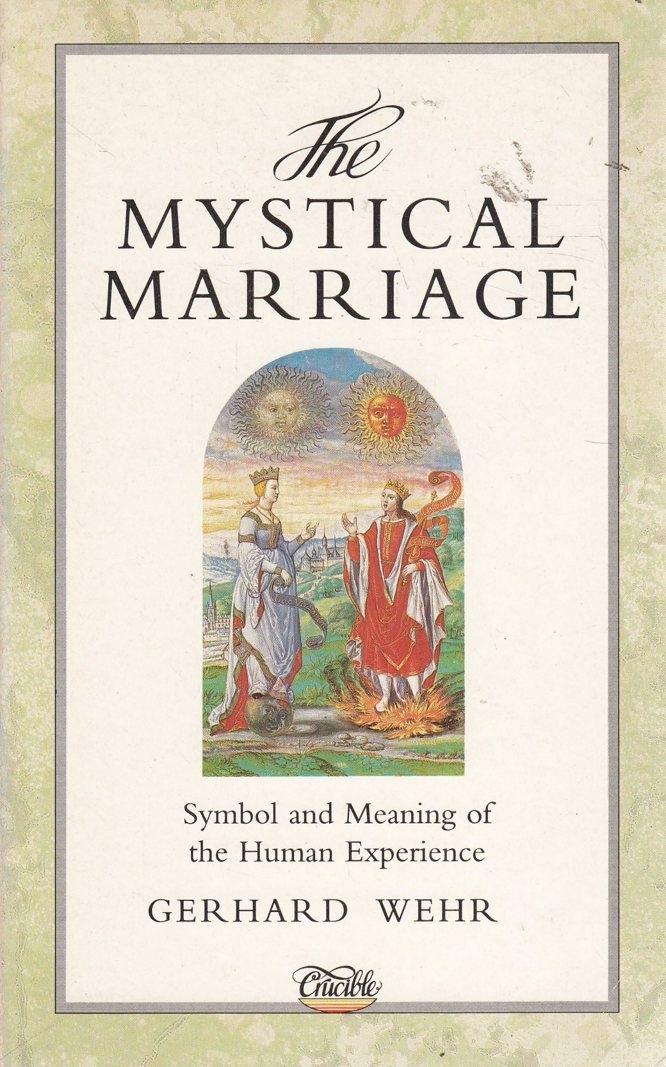 The Mystical Marriage is mostly a historical survey of Western religious and esoteric traditions oriented toward marital symbolism and the Jungian notion of the conjunctio. As an introductory survey, it is suitably wide, but not at all deep. The material is important, but I managed to get through the first 70% of this book without learning anything at all. The chapter on “Conjugal Kabbalistic Mysteries” uses some Romanized Hebrew that is alien to any system of my acquaintance: the Crown is given as Keter’elyon and Wisdom as Halma. The subchapter on the “Myth of Androgyny” is appended to the Jacob Boehme chapter, and although it works through to the ideas of Rudolph Steiner in the twentieth century, it avoids the most interesting developments of the esoteric androgyne in the nineteenth (i.e. Levi’s Baphomet and Balzac’s Seraphita).

Later sections of the book provided me with more benefit. The chapter on Novalis was likewise in a primer mode, but due to my relative ignorance of the subject matter I found it somewhat rewarding. In the eleventh chapter, Wehr discusses an interesting case study that should perhaps be grouped with Ida Craddock’s Heavenly Bridegrooms: a German housewife whose experiments in automatic writing led to a marital union with a disincarnate entity named Lot. The final chapter offers the little bit of practical information in the volume: dreams, fairy tales, and religious meditation are presented as “Paths to the Symbol of Coniunctio.”

The whole study is quite Teutonocentric, emphasizing continuity from Meister Eckhart and the Theologia Deutsch through Luther, Boehme, and German Rosicrucianism to C.G. Jung and his disciples. Translator Jill Sutcliffe has done a fairly mediocre job. German grammatical idioms often persist, as for example in this (self-referential?) sentence: “It needs no special debate to know that this is incorrect.” (115) Wehr’s bibliography is retained with all titles in German, including items originally translated from English such as Evelyn Underhill’s Mysticism. The reader may infer that Sutcliffe has not conformed the Underhill quotes to the English original, but has subjected them to double-translation.

I’m not unimpressed with Wehr’s range of sources and interests, and it may be that he has written more intensive studies which would benefit me. But taken as a whole, I would not recommend this book in its current translation. The “Irmengard Bardo” report of the eleventh chapter is the only reason that it will remain in my collection for the time being.